The Fastest Sprinter Who Can’t Win 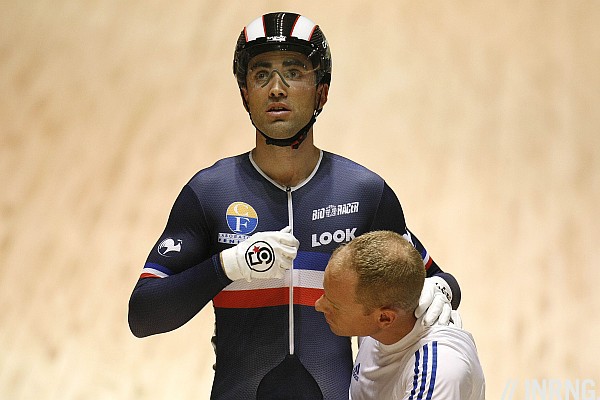 Scan the start list of the men’s road race for the Olympic Games and you’ll spot several sprinters and fast finishers. Mark Cavendish, André Greipel and Peter Sagan for example. Who is the fastest?

So what’s he doing in the road race? No, this is not a Theo Bos style career change from the track to the road. Instead a ruling says that any rider doing the keirin race on the track must ride another event in the games. Normally it’s meant to imply the keirin rider will try something else in the velodrome, like the sprint or team sprint but the French and German squads had already made up their minds before noting the rule. As a result, the only option was to place a rider elsewhere, to the frustration of French road selector Laurent Jalabert. He accepted the decision but not without annoyance, seeing his team of road riders shrunk from four to three.

Note the rules don’t just state Bourgain has to be entered for the road race, he must actually start the race. As Jalabert said, “he will not go far“, in part because Bourgain is an expert in efforts that last less than a minute and so he’ll find the road race – the longest event across all sports at the games – totally unsuitable. But there’s point in trying, any energy wasted in the bunch will be to the detriment of his keirin sprinting abilities. Under the rules Bourgain must only start the race so I suspect he will sit up minutes after crossing the start line.

Fast Man Farce
It’s a farce. The Olympics are supposed to be a special event and seeing the French road team cut to fit in a track rider is like something out of a Kafka novel. Back in reality and it means a road rider now can’t go to the games, missing out on the experience of a lifetime because of a bungle over the rules. When the rules were drafted nobody intended a track specialist to do the road race.

But it’s a clear sign the French see greater chances of a medal on the track than the road, wanting to take Bourgain for the keirin and keep Grégory Baugé for the men’s sprint and Kévin Sireau, Mickaël d’Almeida and Baugé in the team sprint.

Hopefully the rule can be tidied up for Rio in 2016 as if there’s a limit on how many riders can do the track, it’s pointless making riders start an event where they will sit up after five minutes, it mocks the spirit of taking part. Perhaps in the “Olympic spirit” if a track rider is down for a road race then they should be pulled out and the place given to a more deserving rider from a developing nation?