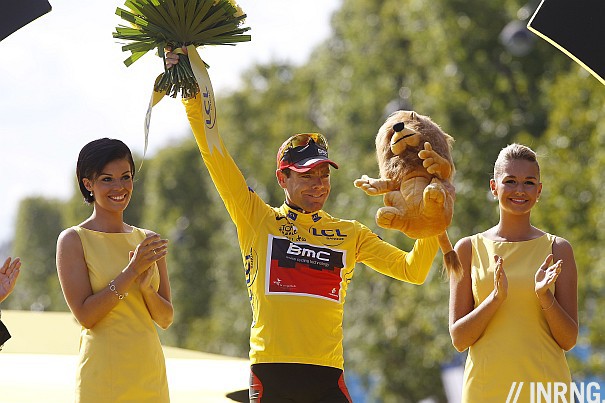 For one of the biggest sporting events in the world the prize list is surprisingly modest. A total of €2,022,900 in prizes will be paid out and teams also share a pot of over one million Euros in expenses.

The amount is unchanged from last year. So thanks to inflation it is worth less and for non-European riders the Euro has fallen 20% against the US dollar since last summer. Not that anyone is counting, the ultimate prize is standing on the podium in Paris. Here is a breakdown of the Tour de France prize list.

Note the accumulation of micro payments. €200 here, €450 there. Clearly the winner takes the biggest share but there is something for everyone. You’ll often see riders in a breakaway contesting the intermediate sprint, not because they want the points but because there is cash available. Payment is usually made a month after the race and the funds are shared by the teams with differing formulas although the idea is to share the money with everyone on the squad, including support staff.

For all the talk of money the most priceless thing is the trophy. Win the Tour de France and you get the porcelain bowl made in Sèvres by the state-owned pottery company Manufacture Nationale de Sèvres. It’s a unique trophy and has no official title, except it is awarded “in the name of the Presidency of the French republic”. It’s elegant and you probably wouldn’t use it as a fruit bowl. But it’s not that valuable in crude money terms. An outraged Floyd Landis reportedly smashed his.

The real value for a rider comes in a huge increase in pay. Teams and sponsors will offer millions to hire the services of a Tour winner.