The Transfer Season That Lasts All Year 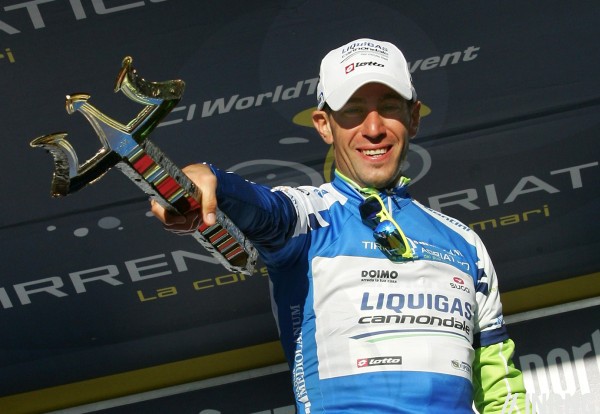 There are reports in La Gazzetta Dello Sport that Vincenzo Nibali has signed with Astana for 2013 and beyond. The Sicilian apparently has a €2.3 million contract and will move to the Kazako-Italian team with loyal helpers Alessandro Vanotti and Valerio Agnoli.

Astana needs a big signing. They have only five wins this year, although other teams would welcome two spring classics, two stages of the Giro and one in the Tour of Catalonia. Still, the team needs more points to avoid relegation troubles.

For months now Nibali has been linked to Astana but nobody can confirm any move because the rules prevent formal contracts from being signed and any related news must be kept quiet until 1 September. However Nibali is a big name rider and his move from one team to another is equivalent to a significant move on a chessboard, for rival teams must respond with their moves. The transfer of a top rider can destabilise a team and upset a sponsor. But these moves are happening right now. The transfer season lasts all year

That’s the UCI rulebook. Read the first line and you’d think things can only happen from 1 August onwards but look twice and you’ll soon notice the wording that says “‘recruit’ shall be deemed to mean concluding a contract” and that the obvious conclusion to a contract is signing it. In other words a rider and a team can talk any time they like, they can discuss pay, the recruitment of other riders and even swap contracts. All so long as they don’t “conclude” the contract, in other words sign it. Although a latter rule 2.15.122 says teams must not make conditional agreements with riders whilst they’re still under contract… but this seems to be widely ignored. The same holds for the rule where riders cannot reveal their in talks about a new team outside of the transfer window, rule 2.15.125, which again gets ignored by many.

What is the date today?

In effect the transfer season is open all year round. Instead the UCI rules appear to set the date on the paperwork. The “transfer window” doesn’t open to let riders in and out of teams. Instead if I strain the analogy, think of it as a “transfer curtain” that gets lifted. Deals are being done all through the year, but the rules state we can only see what has happened after a certain date.

When a rider like Nibali moves it destabilises things. To use him as an example, he’s a prime asset for his Liquigas team and if the squad’s management are hunting for new sponsors then the uncertainty over his future doesn’t help their quest. Similarly if Nibali has decided to leave then his current team have little incentive to offer him coaching and support and there have been several examples of teams freezing out a rider who is leaving for another team. Returning to Nibali we’ve already seen a spat over his programme for the rest of the year. Here’s cyclingnews.com:

Heavily linked with a switch to Astana for next season, however, Nibali is apparently unhappy at his current employer’s approach to the calendar. “I want to go to the Vuelta,” Nibali said, according to Gazzetta. “What I’ve never liked much at Liquigas is that the rider’s opinion on his programme doesn’t count for much.”

We can also flip this around. Imagine a rider today who wants to ride the Tour de France. But he’s had an offer from another team for a higher salary and is thinking of moving. If he turns down his existing squad they could respond and leave him at home in July.

Conclusion
Outside of the bubble of pro cycling people change jobs all year round. One difference in sport is the concept of a season and the construction of teams. But the rules in place don’t seem to make any difference, they try to set a transfer window but in reality is only for the inking of deals and the ensuing publicity. Teams, agents and riders are busy all year long and news of the biggest transfers tends to leak out.

Nibali’s future has yet to be confirmed but his case makes a useful example right now. Many other riders are in a similar fate, for example Cofidis’s Rein Taaramäe is weighing up offers from several teams right now and Roman Kreuziger has to think about his future with Astana. Above all Alberto Contador has yet to sign with a team.

It seems odd that all these riders are moving around but nothing can be announced, the rules on transfers don’t seem to serve much of a purpose except current employers get until August to make an offer their riders to keep them… but often the rider has jumped by then. I can’t help feeling the rules just keep fans in the dark whilst everyone else is in the know.