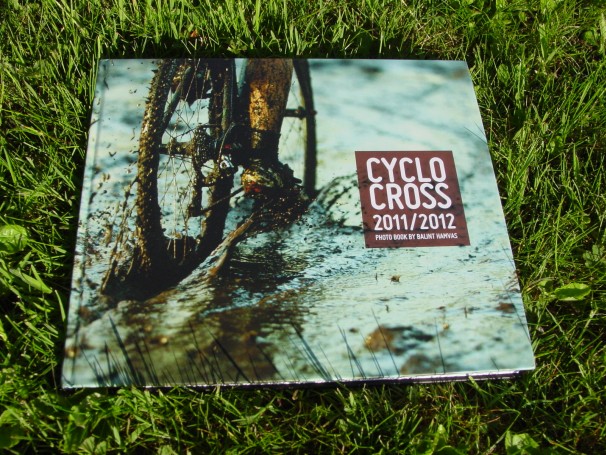 With the Giro taking a rest today and 2011 cyclo-cross world champion Zdeněk Štybar winning Stage 4 of the Four Days of Dunkirk yesterday, it’s almost as if road cycling is on hold for a moment. The ideal time to look at a book on cyclo-cross.

I’ve said before on here that I “hate” cyclocross but this was meant in provocation and a lament that the start of the cross season marks both the end of the road season and the onset winter. This book makes me like the sport more although the summer living right now makes it easier to forget icy lungs and numb fingers.

This is a photo book with over 200 pages of images from the 2011-2012 season, many full page pictures on fine paper. But the book isn’t just a collection of recent images, instead it tells the story of the 2011-2012 season right from the start in “Crossvegas”, the Las Vegas trade show race all the way to the Sluitingprijs at the end. Along the way all the major GVA, World Cup and Superprestige races are included, as well as the Worlds. There’s a lot of women’s coverage too. There are also features away from the races, like time spent with Bart Wellens, a look at race timekeeping as well as factory visits to Belgium’s Bio-Racer and Ridley Bikes.

There is text to accompany the images, with stories about each race and some good extra information, particularly on the local conditions. For example there’s talk of the local beverage in Hasselt with its juniper berries. On another page you find nine different words used by the Flemish for mud, rather like the Inuit have many words for snow. I enjoyed the text and found it hooked me into the book since it provided more of theme and offered more information on the conditions and the feel of a race. A picture can paint a thousand words but sometimes a few paragraphs offer a lot of context and create a narrative.

Road photography is a mix. Since nothing happens for a long time it can be hard to capture the moment and instead the scenery can be highlighted, for example a peloton crossing cobbles, skirting a lake or tackling a mountain pass. For the action itself often the photographer is limited, being on a motorbike and forbidden from being too close to the riders. With cyclo-cross things are different and Hamvas gets very close to pick out the details and the movement. Facial expressions are clear and you can see the blades of grass flattened by the passage of shoes, the sand sprinkled by spinning wheels and above all the mud in all its forms.

There’s also a strange feel. Right now my mind is on the Giro but the images of frost, mud and darkness are so vivid they really took me back to winter and I caught myself looking outdoors to check for blue skies and warm sunshine.

Any criticism? Well the book has an index to list the riders featured but perhaps the next edition could include a couple of pages at the back to summarise the results from the season and the standings in the various classifications, a way to wrap up the season in plain text.

Conclusion
If you’re a cyclo-cross fan then this book is a great record of the season with its sharp images and clever text, it makes you want to open a bottle Belgian beer and ring a cowbell. 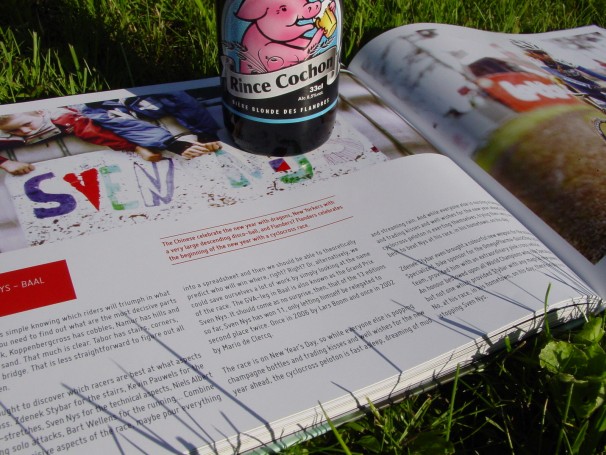 How to buy
It’s available online. This book is a personal project by the author Bálint Hamvas, he’s financed a season of photography and made a book about it. As such you won’t find it for sale on Amazon or in Borders and other retailers, but instead only via his website cyclephotos.co.uk. The economics of publishing are for another blogger but Hamvas puts it well:

It’s only available through my site: cyclephotos.co.uk/book – the reason for that is because it’s self-published and if I went down the selling-through-amazon road, I would have to give up all my margin, hence being unable to finance the next season

If you buy the book you reward him and not an agent, publisher or other third party who cares not for the sport.