How do you make a race survive? 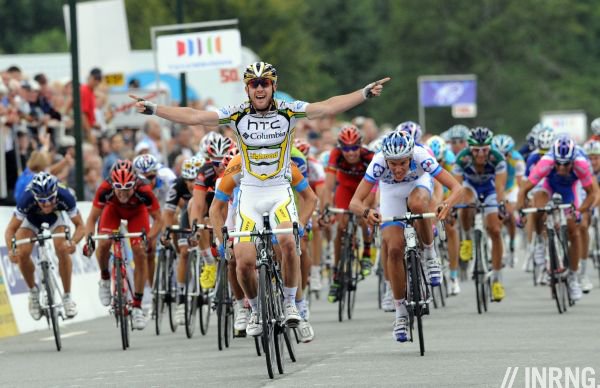 The GP Plouay sits on the World Tour calendar of top races. Held every year in August in the town of Plouay in the Brittany region of France, last year’s edition was won by Grega Bole. It is the sort of race the needs an introduction like this because many are not aware of it or its details. The other one day race in France on the World Tour is Paris-Roubaix and that needs no explanation.

The GP Plouay is struggling. Last year’s edition was subsidised by the UCI to help make ends meet. The region is a hotbed of French cycling, packed with holidaymakers at the time and it was Thomas Voeckler’s first official race since the Tour de France. But it didn’t get a great audience and the race often comes down to a bunch sprint. The organisers have been thinking of new ways to liven up the race and they give us a clue as to the future of racing.

The organisers have been speaking to the media and Velochrono.fr covers the story. To summarise the finish in the past has been wide and open, it has not broken up the field, providing a procession. Now go and ask a participant in the race and they’ll tell you of the pressure in the bunch, the power needed to be near the front and how the uphill finish means nobody can win by chance. Only for a TV producer these are details that go unnoticed and viewers with their fingers hovering on the remote are not likely to tune in. Indeed many are watching to see the scenery.

Faced with viewers demanding action and landscapes, the organisers have responded. The race is likely to be rerouted towards a nearby valley with pleasant woodland and the course will now include a ribin which is the local term for a stoney track, not cobbled but paved with stones and dust, the sort used in the Tro Bro Leon race every year. This should be surfaced in time for the race but will come after a series of sharp bends and the road is no more than three metres wide. More sharp bends, a descent and then a double-digit gradient for the Ty-Marrec climb which has been part of the course already. “There bunch will split, in as much that some riders will ease up in this technical section after placing their leader at the front“, Jean-Yves Tranvaux tells Velochrono, “then the racers will put on a display“.

This is not new, look at the Tour of Flanders where we celebrate the cobbled climbs but the Koppenberg was not added until the 1970s, if it is legendary… it is also from the modern era too. The same for the Arenberg cobbles of Paris-Roubaix, they did not appear until the late 1960s. Plouay’s move to hunt out better roads to please TV audiences is not new.

The cycling man
But how far do we go? If there is a farmtrack available, why not send 200 riders down there at 50km/h? The prospect of carnage will make TV audiences soar. Hopefully some sense is applied here. But cycle sport is awkward to televise, the costs of production are huge but a six hour race can often be reduced to the last 20 minutes. I like it, you like it but for the sport to thrive it has to attract the millions of casual viewers.

New ideas
Plouay is also trying a new idea, the street sprint. I covered this before when it was used in Canada. The idea is simple, a short course, maybe a kilometre long is used for two riders to go head to head in a sprint duel. The winner goes through to the next round until you have just two left and they ride for the win on the day.

Efforts like this hurt and they are distinct from the long race. The sprinters in the bunch today like Cavendish, Kittel or Greipel have backgrounds in endurance track racing and time trialling, 1000 metres is too short for them and if the competition is held on the eve of the main race, it would blunt the legs of sprinters. But you can have a show, perhaps bringing track sprinters and even local celebrities to keep the crowd happy.

What is it about?
Plouay isn’t the only race struggling to make ends meet. Race organisers want to make their events exciting and rightly so. But Plouay has never been that boring. See the video clip from last year’s race where the winner isn’t known for a long time and previous editions have seen plenty of exciting racing.

For me the race lacks an identity, for example we know Roubaix rhymes with cobbles but I don’t have anything much in mind to associate with Plouay, just visions of wide roads in green countryside with lots of parked camper vans. Perhaps they could play on the regional identity more?

Summary
Race organisation is all about innovation, if you copy last year’s edition again and again then don’t be surprised if the race slowly fades away. By all means borrow from history but the best races have constantly evolved, whether the Giro or Tour or Paris-Roubaix or Il Lombardia. Hopefully route changes can be done with an eye on safety and we don’t end up in an inflationary spiral of races outbidding each other with excessive spectacle.

Plouay lacks the history of other races to anchor it in the sport, whether in our conciousness or on the sporting calendar. I think they could work on the branding and imagery of the race but the landscape does not offer any many geographical features to make the course unique.

Many races struggle with budgets but this race is a World Tour event. I wish the race well by itself but given its position as a marginal event on the calendar it’ll be interesting to see what happens. If they innovate, will this work and what will it mean for the future of racing because outside of a handful of historic races, much of the calendar struggles to attract crowds, audiences and profits.

The sport has never stopped changing so what you enjoy today may well change notably in ten years’ time.