Questions over the Baugé case 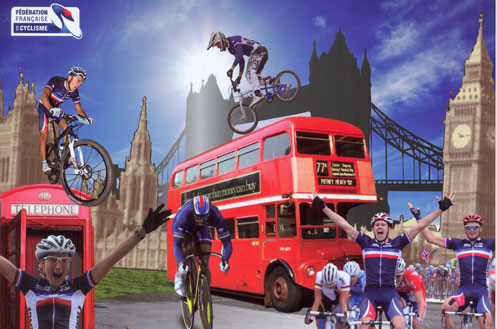 Last Friday was the day of Epiphany. In France it is traditional to take down the Christmas decorations and share a cake called a galette des rois. I don’t know if they were eating any galettes at the French Cycling Federation (FFC) but they were probably taking down their Christmas decorations in haste because their Christmas card prominently featured Grégory Baugé who was stripped of his world championships that day.

Yet the case is an odd one given the 11 month delay and there’s even the possibility of a cover-up.

To recap, Baugé won the track sprint and was part of the winning team in the team sprint at the 2011 track world championships in the Netherlands. Only prior to this he’d missed three out of competition tests and this is an anti-doping violation and he was banned by the French cycling federation.

Only the ban was imposed on 8 November 2011 but nobody heard a word until last Friday. The FFC has a duty to send the info to the UCI within eight working days and then the UCI is supposed to pass on the news to WADA and the AFLD. We could be impressed this news did not leak but normally such news is supposed to be made public yet we got nothing for two months. That’s odd but stranger things have happened, who knows what was going on.

What is odd though is that Baugé did not attend the last round of the track world cup in Cali, Colombia in December. He couldn’t ride since he was banned. But the news had not come out and instead he gave a story about an injury. When asked why he was not going to Colombia he told French cycling news specialist Velochrono (my translation):

“Because I’m injured… I’ve got quadriceps tendinitis, with two tendons of the quads. So I need to rest”

The primary reason why he could not compete was because he was ineligible. Was he actually injured? Was this a white lie from an embarrassed Baugé, unable to communicate the news? Were others complicit in this?

Can the UCI take away Baugé’s wins?
On a separate matter the FFC were not happy with the UCI’s decision to release the news and strip Baugé of his world championships titles. A strongly-worded press release on Friday sets out their view. Here’s an excerpt (my translation):

The FFC notes the unilateral action of the UCI in revoking the results and titles won individually and with a team by Grégory Baygé [sic] at the 2011 track world championships in Apeldoorn, going against the decision taken by the national disciplinary commission of the FFC which expressly out ruled the invalidity of any results… …the FFC wonders on what grounds a disciplinary body can base itself without recourse to an appeal body, the Court of Arbitration for Sport.

In plain English the FFC is saying its disciplinary commission decided against stripping Baugé and the French team of the wins in Apeldoorn – quelle surprise! – and that it wonders how the UCI can take away Baugé’s rainbow jersey.

The answer is Article 313 of the UCI rulebook to which the FFC is a signatory. Here it is:

Disqualification of Results in Competitions subsequent to Anti-Doping Rule Violation
313. In addition to the automatic Disqualification of the results in the Competition pursuant to article 288 and except as provided in articles 289 to 292, all other competitive results obtained from the date a positive Sample was collected (whether In-Competition or Out-of-Competition) or other anti-doping rule violation occurred, through the commencement of any Provisional Suspension or Ineligibility period, shall, unless fairness requires otherwise, be Disqualified.
Comment: 1) it may be considered as unfair to disqualify the results which were not likely to have been affected by the Rider’s anti-doping rule violation.
2) an Anti-Doping Rule Violation under article 21.4 shall be deemed to have occurred on the date of the third Whereabouts Failure found by the hearing panel to have occurred.

To explain this, Baugé’s three no shows are an anti-doping violation under article 21.4 and the date of his third “no show” was in December 2010. Therefore “all other competitive results obtained from the date [the] anti-doping rule violation occurred shall, unless fairness requires otherwise, be Disqualified“.

So it seems the UCI is able to strip the results but the wording on fairness in the rule itself and the comment. For me given Baugé had missed three tests prior to the worlds then he shouldn’t even have been there, indeed the FFC applied the ban retroactively. In fact the whole question of how he was riding the worlds despite three missed tests is a big question because alarm bells should have been ringing somewhere (and if the UCI and other authorities “did a Rasmussen” and didn’t file the paperwork on time then Baugé could find a way to appeal his ban). But that’ll have to be addressed another day. For now the FFC has said he’s missed three tests, that’s a ban and so it seems normal to take the titles away since he shouldn’t have been at the worlds in the first place.

In total we have very lengthy delays in applying the sanction, Baugé claiming injury and the FFC unsure of the UCI’s rulebook. Hopefully all involved will be setting this straight with media in the coming days. There’s a lot to explain.