Greenedge registered as an Italian team 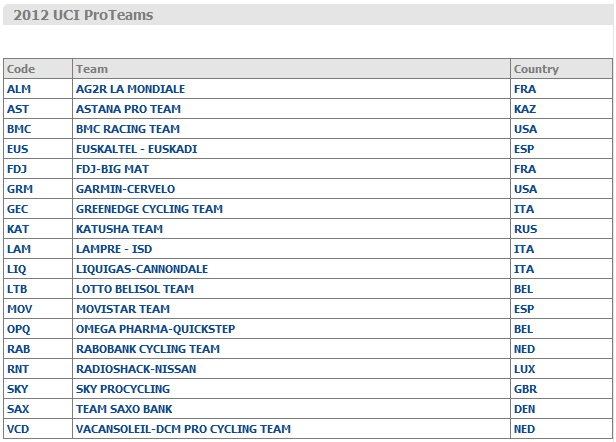 With the list of teams for 2012 in place, several squads are registered in surprising places. New Australian team Greenedge stands out at first as it is listed as an Italian team, see the screengrab image above.

But if that sounds odd, the Farnese Vini team seems to be registered in an empty plot of land in a north London suburb.

With Greenedge it’s simply a mistake by the UCI, the team has asked for this to be fixed. Note the Aussie team already has close links with Italy, the team is sharing the Australian Institute of Sport’s base in Gavirate.

The choice of nationality is up to the team, not the mailbox. Here’s the relevant UCI rule:

Greenedge’s official address is in Victoria, Australia and at the address of Jayco, the caravan company owned by team patron Gerry Ryan. This is the only surprise amongst the top team in the UCI Pro Tour, all the others are registered in their home country. That said, note BMC is a Swiss company but the team is American.

It’s when you look at the smaller teams that some quite curious cases stand out. You might think Team Sky’s closest domestic rivals are Endura Racing and Rapha-Condor but don’t forget Farnese Vini. “Farnese“, the Cipollini bikes, even a wine-making sponsor means this is surely the most un-British team going. Yet it is registered with the UCI as a British team and its address is in London.

I wanted to illustrate the oddity of this with an image from Google’s Street View, to contrast the Italian team’s euro-fluo colours with a photo of the presumably drab building where Farnese dodge their taxes. Only when I tried to hunt down the building it didn’t seem to exist. 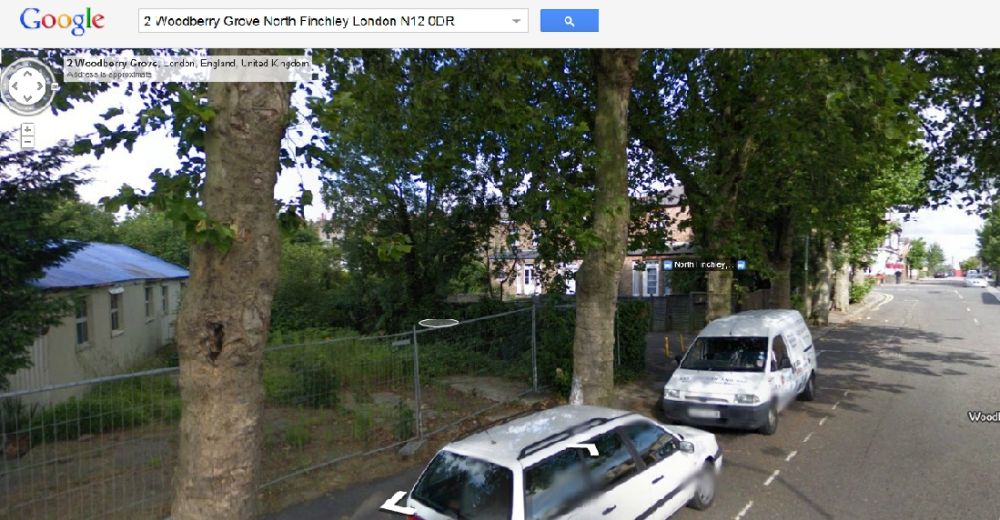 The vineyards of Farnese?

The team’s full address is Winnington House, 2 Woodberry Grove, North Finchley, London. Next door is 4 Woodberry Grove, the Finchley Spiritualist Church which offers clairvoyant healing, handy for recovery sessions I suppose. But the next-door building at Number Two just isn’t there, just an empty plot of land. Reassuringly though I made a few phone calls and discovered that Google took the picture some time ago and that a new office building has emerged – it also now houses the church too. This is the HQ for a business that specialises in setting up other companies and the address is home to thousands of companies, all registered under the same roof but only by name.

This practice isn’t unique to the Farnese Vini team. For example what could be more Italian than a Colnago frame… only the Colnago-CSF team is registered in Ireland. This is presumably related to tax, Italian companies exploit low payroll taxes in Britain and Ireland. I’m no tax lawyer but this is sailing close to the wind, stretching rules on employment across the European Union a little bit further than they are meant to go. Other companies have got in trouble for this, for example European airlines have tried to register staff in one country and operate in another to save money and got fined.

Summary
Most teams are registered in their home country but business is international and some teams chose to fly under a different flag for tax purposes. That said, I can’t imagine Greenedge chose Italy for its low payroll taxes.

Next post: UCI to appeal verdict over Alex Rasmussen