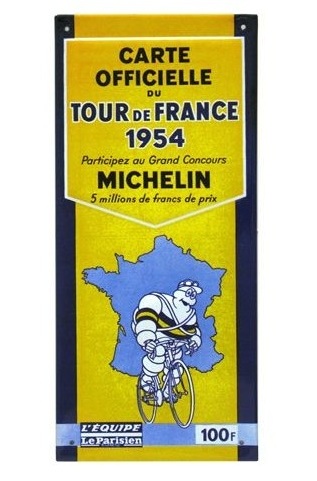 Psychogeography is a concept designed to let people explore places with a new look on things, to view the land and environment afresh. There are books on the subject but no rules, it is up to you to mix landscapes with what’s on your mind. Writer Will Self said it can be described as

the study of how geography, or a particular place on Earth, affects the behaviour and emotional climate of the humans who live there

It’s apparent in cycling. Through the year we learn of places across Europe and beyond and form associations in our mind thanks to races, training camps and more. Some of this is deliberate. Marketing executives of corporate-owned ski resorts high in the Alps want to reach you to say they are open for business all year round. Some is by accident. Paris-Nice has to finish in the right place, so you hear about Nice.

It creates a new mind map of Europe. Flanders is a land of muddy fields and brick houses where the wind always blows sideways, no matter what direction a race takes. The fields of France contain rural artwork of stacked hay bales for the benefit of passing air traffic. The mountain passes of the Pyrenees are lined by people in orange t-shirts.

Towns and cities take on new meanings. Many French citizens know Bordeaux for its elegant architecture. The vineyards are world famous. But keen followers of the Tour de France might say “sprinters’ finish” instead. Roubaix is a place for the hardmen, on and off the bike. Your ears might prick up at the mention of this town and cyclists think of a tough race across cobbles and the velodrome that awaits. A town that flourished thanks to weaving, mines and railways, such industry has gone, leaving unemployment and what the French euphemistically call “social problems”.

Villages become capital cities. Ravascletto and its ski slopes could mean nothing, even to most skiers. It is a commune of about 600 people. But it sits in the shadow of Mount Zoncolan. The dead end road towards its upper slopes is a winding path to glory, fame and wealth for a professional cyclist, a theatre of gladiatorial proportions for television fans and a sadistic pilgrimage for amateurs. Even so Zoncolan is no Everest, it is a modest peak in the Carnic Alps that tops at 1,750 metres, almost a kilometre lower than nearby Monte Peralba. It is not the mountain but the road that is steep.

Other places have their meanings. Perhaps Balen rhymes with Boonen. Have you ever heard of Fuenlabrada, do you know the suburbs of Madrid? Probably not, but you might know of Pinto because it’s the home of Contador. Go back in time and riders borrowed from their home town. Federico Bahamontes was “the Eagle of Toledo”. Rik Van Looy was the “Emperor of Herentals” even if there’s not much to be imperial about in Herentals, a modest town.

As well as places we see Europe through the prism of the seasons. In Flanders fields are forever brown because of early spring rain and the leaves have yet to burst from their buds. We know the Alps for their green pastures and mountain passes, most people probably think of snow and rocky peaks. In more simple form, April means Belgium. July = France.

Summary
Follow the sport for long enough and you’ll build up a map of Europe in your mind, associating places via their races. We learn the terrain of countries and their regions just by TV footage and race profiles. Even if you have never visited a country you might have hundreds of ideas about it thanks to its races. But is it the same as reality?