Who is Andrei Tchmil? 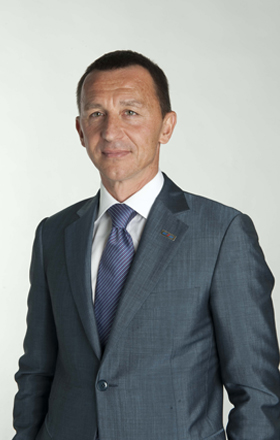 Last week La Gazzetta Dello Sport said Andrei Tchmil is going to run for the top job at cycling’s governing body the UCI. But where is he from, what has he done and where is he going?

Born in Khabarovsk, a town so far to the east of Russia it is within sight of China and just 1400km from Tokyo. With the iron curtain falling away, he joined the Russo-Italian Alfa Lum team and became a successful rider in the mid-1990s. His style was forceful, he often seemed to sit awkwardly on the bike but he took wins in Paris-Roubaix, Milan-Sanremo and the Tour of Flanders amongst others.

During his career he changed nationality several times, going from Russian to Ukrainian to Belgian and he is now officially Moldovian. Indeed in 2007 he was appointed Minister for Sport in Moldova, a small country of 3.5 million people between Romania and Ukraine. He stepped down from this role but remains the President of Moldovia’s cycling federation.

After retiring from riding, he joined the modest Chocolade Jacques team as an advisor but resigned after complaining nobody was taking his advice. He then took on a mission from the UCI to improve the sport in eastern Europe, acting as the UCI’s “external consultant in charge of relations with Easter Europe National Federations”.

I don’t know how long this role lasted but soon after beginning this job he was talking to Russian businessman Igor Makarov. Makarov is a well-connected Chairman of Itera, a very big Russian company with operations in the Russia, the US and beyond. A billionaire, Makarov bought the Tinkoff team from Russian entrepreneur Oleg Tinkov. But Tinkoff found he was being frozen out of his own team by Makarov and Tchmil in their bid to create the “Russian Global Cycling Project. He went complaining to cyclingnews.com about “a lot of politics – there are a lot of people behind Makarov” and then dumping criticism on Tchmil.

“He is a great cyclist, but he is a very poor sports manager and sports director. He brings in Serge Parsani; he is basically starting to bring all of his friends into the team. I said, ‘Andrei, that is not what you want to do, you want to get the best people out of the market, not your friends.”

Maybe Tinkov had an axe to grind and enjoyed doing it via the media but certainly the Katusha team was run in Tchmil’s way and it hasn’t really delivered results.

Last week it was confirmed that Tchmil will leave the Katusha team; it’s unclear whether this is a move by Makarov to demote Tchmil for the lack of results give the money spent… or to promote him to another job.

A concern is that Tchmil doesn’t bring enough to the UCI job. He speaks eight languages which helps and has briefly spent time developing the sport but we’ve not seen much more. It’ll be interesting to see him in campaign mode. 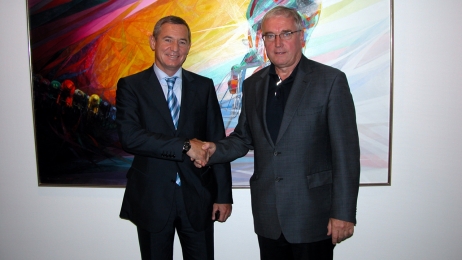 Igor Makarov himself sits on the UCI’s management committee and is chairman of Itera, as well as the Russian Cycling Federation and the Katusha boss. I can’t help but wonder if he’d like to be UCI boss but given he’s so busy already, he is trying to parachute Tchmil into the role.

Makarov is no stranger to winning elections. There’s a body called the European Cycling Union (UEC) and it sends a representative to sit on the UCI’s Management Committee. In February 2011 Makarov’s business Itera announced a sponsorship deal of the ECU. In March, the UEC held elections to nominate the representative to the UCI. Makarov won with 25 votes to 21 for Frenchman David Lappartient. One minute Itera sponsors the ECU, the next it votes Makarov into a top job. Just fancy that!

We’ll see what Tchmil does. It’s worth bearing in mind the election process for the UCI President. This is political and dependent on electoral colleges composed of national federations from around the world; the world of pro cycling is only a small issue. Looking forward, if he wants the top job Tchmil will need to impress officials from around the world.

As well as establishing his abilities to run an international sports governing bodies Tchmil will need to take steps to ensure he’s not seen as a sort of puppet for Makarov’s ambitions.