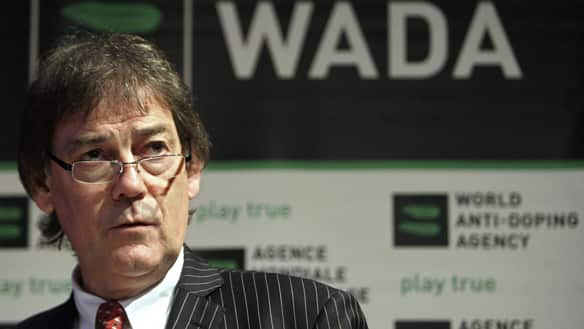 WADA chief David Howman has said the doping control protocol could be simplified, including ending the B-test. As a reminder currently a sample is put into two sample pots, A and B, and each is sealed in front of the athlete thus creating a “back up” in case a problem arises with the first sample.

I’ll preface this piece by saying Howman’s simply floated the idea, it is not policy. It’s always good to review, to ask why and to ensure everything is working as best as possible. But if WADA are considering this particular idea, I’d ask them to hold back.

First any system needs legitimacy and the principle of the B-sample goes a long way to help this from the standpoint of the athlete. If you’ve never been through a doping control, well it’s a humiliating experience. You’ve got to drop your clothes and pee into a pot in front of a stranger. That you might get used to, but worst part is the guilt, even an innocent athlete worries. There’s a nagging fear: even if you’ve done everything right and live clean, the future of your career and even your honour now sits in two sealed bottles of urine. Should something go wrong in the lab, you’re done for.

So getting rid of the safeguard of the B-sample is big step, it might save costs but it will terrify a lot of clean athletes who rely on the safety of a second sample to save them in case the tester messes up.

Your fate is sealed

Scenarios where the lab messes up are very rare. Some suggest it’s more common for a doping athlete to get off the hook thanks to manipulating samples than for an innocent athlete to get false alarms from A-samples. But that’s still no reason to scrap the B-test and sadly I’d rather let a few crooks through the net than see some innocent guys ruined by a lab accident.

If the A-sample does comes back with bad news then the rider has the right to be present with an expert to see the B-sample being opened and controlled. These bottles are made with tamper-proof seals and this way the athlete can be sure nothing untoward, whether careless or malicious, happens in the lab with the B-sample. This matters to the athlete.

Howman also says “people can go to jail on the basis of one bodily sample being collected” but is that true? Even a roadside test for drink driving is normally followed up by a blood test; yes people can be convicted by DNA left at a crime scene but they can be found innocent by an alibi. But convictions based on one single piece of evidence are often where miscarriages of justice happen too. The B-sample is no guarantee but it does help double the available proof. It allows the prosecution to state with certainty that the sample has twice been shown to contain a banned substance. It removes a lot of doubt.

I’m not even sure about the extra costs involved. In almost every case the A-sample shows up negative and thus the B-sample is destroyed. Plus the B-sample is a powerful tool to convict a cheat, scrap it and appeals to the CAS and beyond are likely to be more common as the first reaction.

Conclusion
If WADA is worried about costs, maybe it needs to make the case for better funding. Indeed perhaps this is just Dick Howman trying to grab headlines with the aim of securing more funding, a fishing exercise via the media? Threatening to abandon this safeguard is a good way to get people talking about WADA, justice and funding.

But away from politics the fundamental principle of two samples goes a long way to reassuring athletes who give samples and provides prosecutors with an invaluable tool. The B-sample is very valuable.

Previous post: Le Nord: to hell and back in the north of France