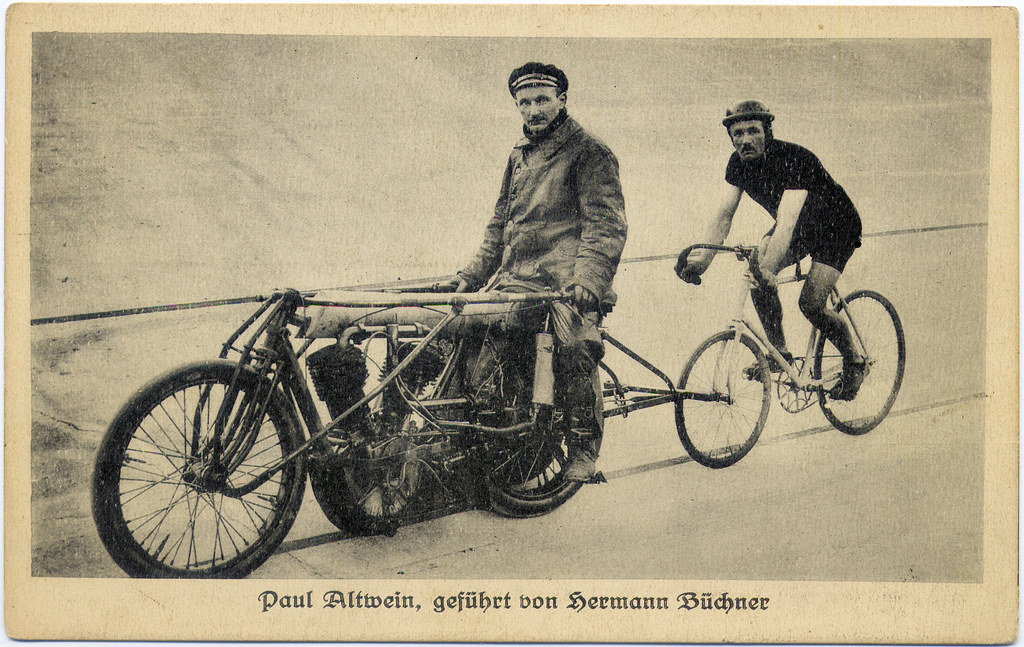 I’m slightly reluctant to cover this topic in case someone decides to go out and try this in a rush and ends up the wrong side of local traffic laws or worse, in hospital. So a word of caution first in that this is dangerous and I’m covering what the pros do rather than suggesting you try it for yourself.

Motorpacing is a common technique used by the pros. It has several uses:

As you probably know, aerodynamics is all important in cycling. If you’ve ever done a group training ride and found yourself able to push yourself that bit harder, well motorpacing session is similar except this time it’s dedicated to you, there’s no need to wait your turn for a pull on the front, the aim of the game is to stay on the wheel of the moto. As such it’s a high speed workout where the scooter is often doing 60-70km/h and you are sat spinning your biggest gear trying to stay in contact. As time goes on it becomes a struggle to hold the rear wheel.

It’s different from using a powermeter. Here the rider doesn’t have to follow the fluctuating LCD display of their SRM or Garmin, instead it’s all about holding the wheel in front, a much more natural instinct. There’s just something more motivating and obvious about trying to hold the wheel instead of sticking to a power target, especially since the high speed involved means that if you lose the wheel you don’t get back on until the moto cuts the throttle. There’s no respite.

Slipstream Sports indeed: the scooter is in pro team colours

It’s common to see the pros using this. Given it is their job it’s common to find a coach or team mate ready to help as the moto rider. Sometimes they might head out for a structured session and other times it’s common to do a four or five ride and then hook up with the moto rider to finish the training with an hour of high intensity work, thus creating a scenario not unlike a major race: hours of high tempo followed by an hour of full gas with high intensity efforts.

Tech
Sometimes it is done behind a car but ideally a motorbike. The choice of machine is important. Generally a small scooter is good although there’s debate about the engine size, some say a small engine is more even compared to the rider, the accelerations are less pronounced; others say a large bike runs smoother and is less prone to slowing on gradients. Either way a scooter is preferable to a motorbike as the more upright position helps and the smaller wheels means the cyclist can get closer into the slipstream.

Safety
This is the big thing. First, there’s the choice of roads. Riders need clear roads where a high speed can be maintained so it’s a question of balancing a small quiet road with one where speed is possible. A check on the weather conditions is important, especially if the wind is gusting.

Next, communication is key. A rider sitting on the wheel of a vehicle at speed is placing a lot of trust in their windbreak. A small move, a touch of the brakes up front and the return journey home will be conducted in an ambulance. Potholes and other problems need to be signalled and some form of communication, via hand-signals or other means is useful. Another trick is to put a small roller on the back of the scooter. Since a rider is aiming to hold the back wheel, the roller allows a tiny amount of contact, it will spin rather than slowing your front wheel. But it’s nothing amazing, hit it too hard and the rider goes down.

Summary
It’s a useful way to simulate race pace during a training session and it can make for very effective training. Given the logistics and dangers, it’s normally for elite riders only.