A call for teams to be punished for doping scandals

AG2R La Mondiale, Bretagne-Schuller, Cofidis, Europcar, FDJ, Garmin-Cervélo and Skil-Shimano are the seven teams that belong to a grouping known as the MPCC, the Mouvement pour un Cyclisme Crédible. They are now calling for teams involved in doping scandals to be involved in any punishment.

Normally it is only the rider who is sanctioned but the call here is to include the teams involved. The full proposals have not been set out in detail but the information reported by Le Monde certainly sounds worth exploring:

I’m finding it hard to disagree with these ideas. When I saw the headlines I feared some sort of collective punishment, a situation where an innocent rider who has not taken so much of a paracetamol tablet could be excluded from races because a team mate decided to risk everything. But that’s not the case, using the UCI licence review turns the issue into a longer term evaluation of the teams rather than a snap ban and I’m a lot more happy with this. 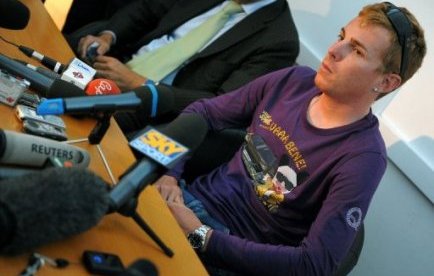 In search of credibility

Also the exclusion of a rider’s ranking points gained in a comeback seems tailor-made for the Riccardo Riccò situation. It allows a rider to return, to have every right to aim for big races and glorious wins and to allow their teams to enjoy all of this. But it diminishes the incentive return to old ways.

What next?
The MPCC is only a forum for teams to push for cleaner riding. I like the sound of the ideas but they need to be reviewed and drafted into real proposals, which is a more complicated matter.

First more teams need to come on board, namely the AIGCP grouping of teams needs to adopt these ideas and then get the UCI to agree too. With all the debate over race radios confusing fans and the media, a commitment by the AICGP to take up these anti-doping ideas, at least for review with the UCI, would be a smart move to show other issues can be tackled too.