Team Sky, the DS and the underwear model

Nicolas Portal was a rider for Team Sky last year. Towards the end of the season it was announced he was leaving the team, heart problems cut short his racing career. But Sky gave him a management job. An ex-Caisse d’Epargne rider, Portal’s Spanish language skills might have been a clincher given the arrival of Colombian Rigoberto Urán and the Spaniard Xavier Zandio in the team. 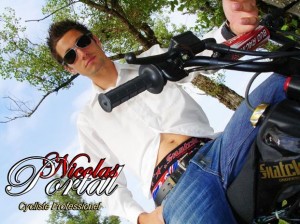 A glimpse of Snatch

Outside cycling Portal apparently has an eye for fashion and if Sky’s team-issue clothing isn’t his first choice, he can count on satisfaction with at least one item of his wardrobe: his underwear. As a rider Portal had side sponsorship agreement with Snatch, a French underwear company, endorsing their products and modelling their wares. Team briefing could take on a whole new meaning. 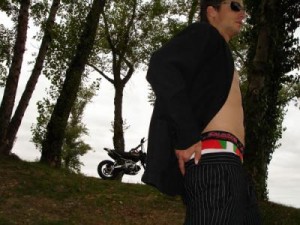 Thanks to a reader for the tip.

UPDATE: another reader has been in touch to say Quick Step’s Nicolas Maes has a girlfriend with a similar business. Not only that, but Maes’s fan site is hosted by Lingerie Jolie. Thanks.