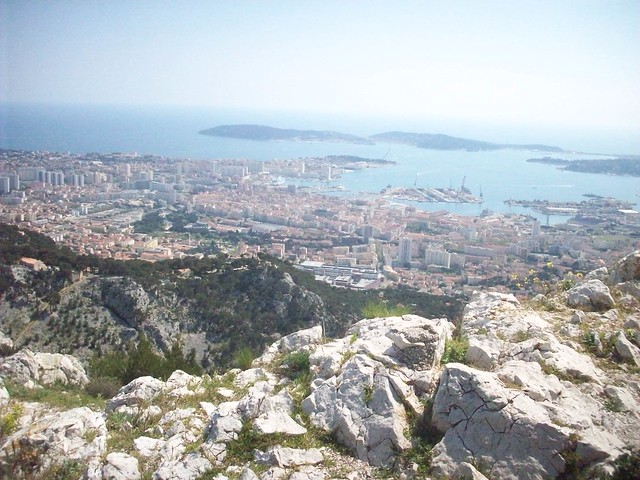 The first summit finish of the season? It depends if you include the Tour of Langkawi but the Tour of the Mediterranean always includes the climb of Mont Faron.

Mont Faron is a cliff-like mountain above Toulon, amongst other things base of the French navy. There is a narrow road – so narrow it’s one way – that leads to the top, some 584 metres above sea level. From the junction on the edge of town it’s a shade under 5km, with ramps of 12% and an average of 10%. The road surface is granular at best, with a patchwork of repairs and some switchbacks on the way up as you pass the typical landscape of small oak trees and arid terrain, slowly gaining a great view of the bay below.

Who will win?
One thing is certain, if Romain Feillu has already won three stages, he won’t win here. Predicting the winner is hard since the climb is not one for pure climbers nor powerful finishers; plus we’ve not yet seen any of the riders in action on a climb like this in 2011.

The gradient and distance means it tends to suit a lighter rider capable of explosive accelerations. But positioning is very important, the approach to the climb is narrow and fighting for position is tricky. As for naming riders, the guys at Pavé beat me to it. I’d just add David Moncoutié. He normally hates fighting for position but he won in 2009 and has been a runner-up before too.