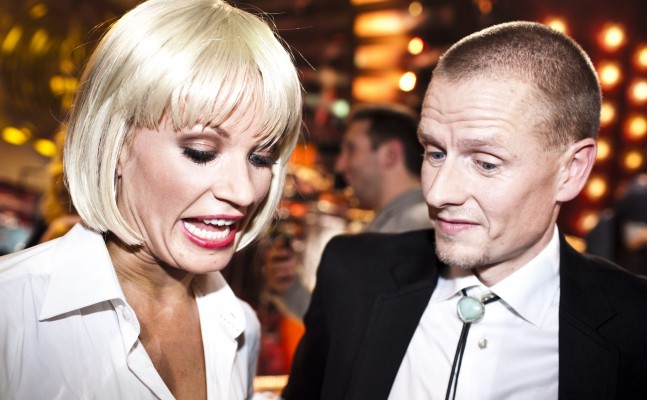 Only this will be the last update on The Chicken’s dance moves. Things ended in familiar style with Rasmussen being thrown out of the competition, only without Prudhomme, Cassani and De Rooy on the jury this time.

Rasmussen and dance partner Mie started with a jive and their moves were improved, Rasmussen looking less scared than usual. Then – I’m not making this up – Michael Rasmussen’s last dance was a Viennese waltz. A curious choice given the doping network in Vienna and alleged links to Rasmussen.

I can only report on the show but the real purpose of the show has been a public-relations exercise to rehabilitate Rasmussen’s image. A man exposed as a cheat and a liar is trying to show a more human and fun side and I don’t know whether he’s gained any favour in Denmark from participation. As an outsider it all looks a bit tragic although he’s probably pocketed more money from this show.