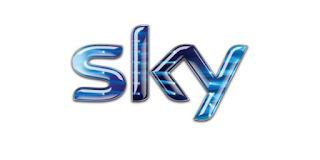 Often we see team sponsors without knowing who or what they are about. One thing I try to do on this blog is to look at the business of cycling and the sponsors behind it.

You might be familiar with Team Sky, it’s backed by Sky, the media group with TV channels in many countries, from the UK to Australia and Italy. It’s actually a complicated business in some respects as the Sky brand is shared by several different companies.

One company under the Sky umbrella is BSkyB, formerly known as British Sky Broadcasting. BSkyB produces and sells TV for the British and Irish markets. Many will know it as the business that owns most of the rights for Premiership football. It’s this part of Rupert Murdoch’s empire that’s most closely linked to the cycling team, given the British connections and also that avid cyclist James Murdoch – son of Rupert – is the non-executive chairman.

£100 profit per subscriber
BSkyB is listed on the London Stock Exchange and its most recent financial results are eye-wateringly impressive. The full year results published on Friday revealed operating profits £1,096 million. Sky has 9.86 million customers in Britain and Ireland so do the maths and that’s over £100 of pure profit per Sky subscriber. No wonder they could shower cash on Bradley Wiggins.

Indeed these results are so good, and likely to get even better, that Rupert Murdoch as begun a takeover battle to buy the company off its existing shareholders and place it under the direct control of his News Corporation business, he already owns close to 40% of the British operation but the remaining 60.1% belongs to pension funds, insurance companies and the usual motley crew of stockmarket investors. They won’t surrender such a juicy asset without a battle and a premium bid price.