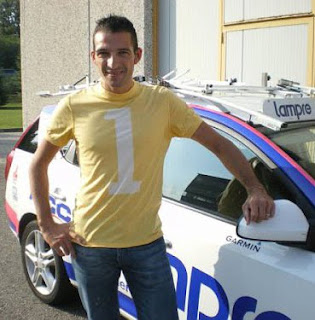 Lampre’s Lorenzo Bernucci is the latest rider to be named in an ongoing Italian investigation into doping. Reports suggest the Italian police found some banned substances in a raid on the Lampre rider’s home. Comically, Bernucci seems to be claiming that blood-diluting products are for his brother and his wife.

But whilst the internet slowly turns on the allegedly idiotic Bernucci, I often think it’s wrong to put such blame on the riders. Bernucci’s been busted before and served a ban, so who took the decision to hire him? Surely team management must share the blame here? Yes everyone deserves a second chance but this doesn’t mean you forget their past, any rider coming back from a ban should be keen to make amends and a team needs to provide supervision, support, encouragement and education to make sure they don’t return to old ways. 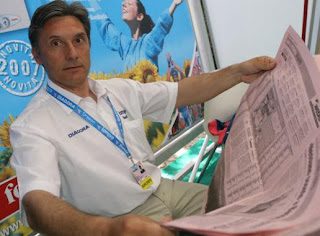 I’m shocked, shocked to find that doping is going in my team…

In the same manner, Lampre seems to have recruited staff from questionable sources. Team coach Sergio Gelati spent 2008 at… Saunier-Duval before the team collapsed under the weight of scandal, only to resurface at Lampre. Also Lampre should have had their ProTour licence suspended in 2008 as a rule stated that if a team had three riders test positive then it would have to take a break. Three riders tested positive but the UCI didn’t enforce its own rules, letting the team off the hook.

So if you hear Lampre management making noises that they are surprised, remember Captain Renault from the film Casablanca. Police chief Renault shuts down Rick’s Café, proclaiming “I’m shocked, shocked to find that gambling is going on here“… only for the croupier to approach him, “your winnings, Sir“. Beware of empty words from Lampre, the team is running out of credibility.