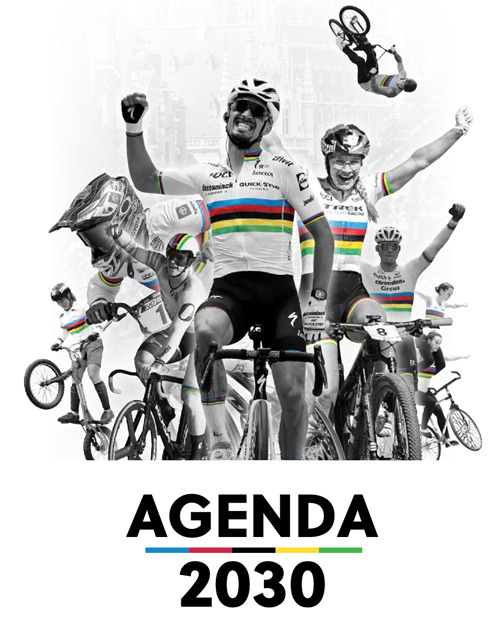 Changes to the calendar, TV rights and team budgets could be coming. There will be discussions, debates and, over some issues, probably some big bust-ups.

This Agenda 2030, approved by the UCI Management Committee and presented to the
2022 UCI Congress, allows us to formalise our vision for the years to come.

Nota bene
First a reminder of how the UCI works, it is the umbrella union that sits over all the cycling federations around the world. These national federations are key, they vote on issues, they pick the President. You might have your views on the sport, but at best you’re a stakeholder. It’s the federations that vote and the President is accountable to them. According to the UCI there are 1,037,424 members of federations, 850,199 are men, and road cycling accounts for 365,840 members.

The 126 pages are peppered with more bullet points than an infantry rifle range, far too many to list and many are obvious (“contributing to world peace”), some are vague (“encouraging art around cycling as a source of inspiration”) but others are more to the point, for example the combined world championships like Glasgow in 2023 and Haute-Savoie in 2027 could deliver direct Olympic qualification. 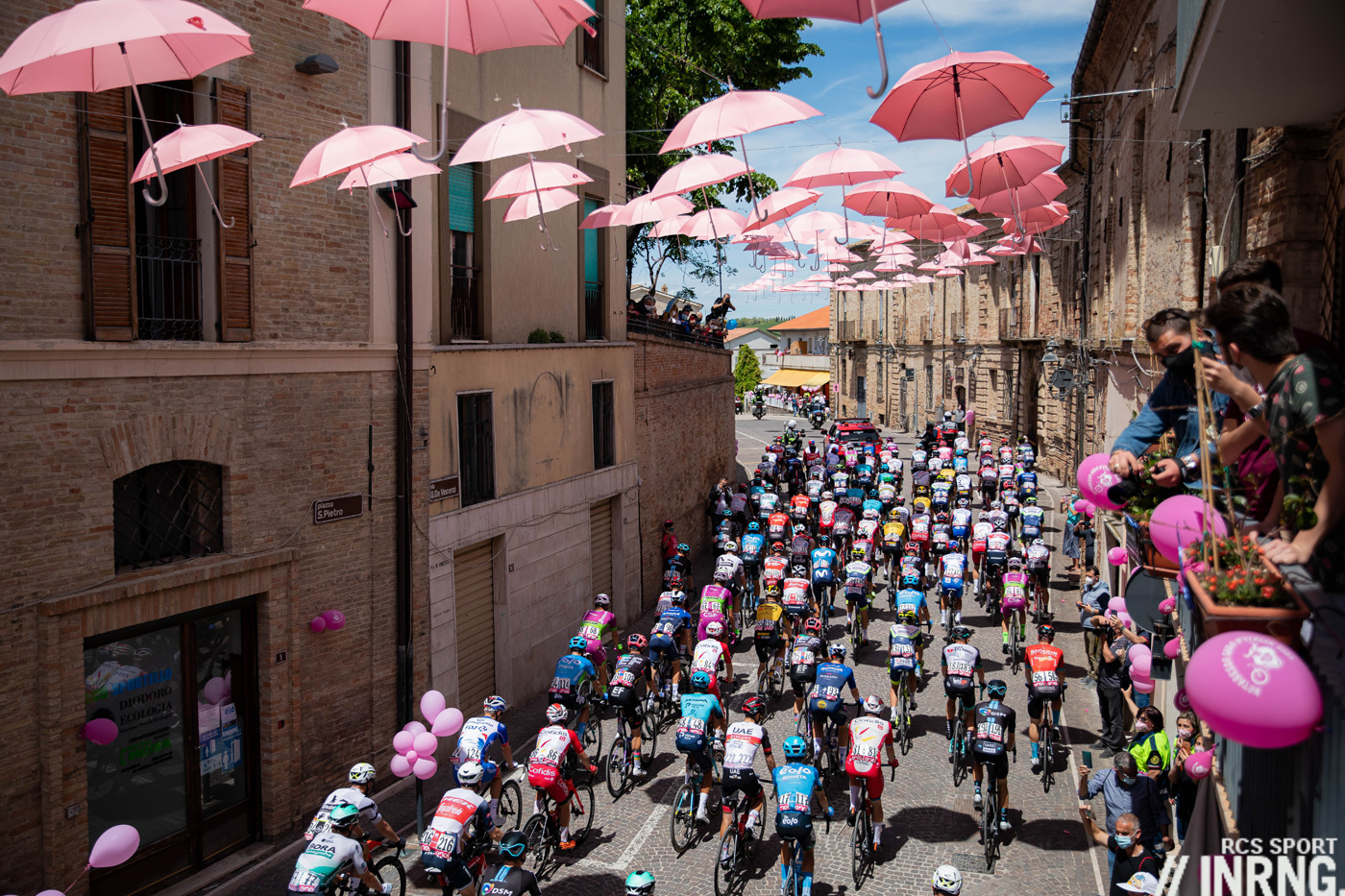 The Pro Cycling Part
You’re here for the pro cycling angle. Here the agenda promises “an ambitious reform of not only men’s cycling but also women’s given the significant development of women’s cycling”, adding “the organisation of road cycling must be made more comprehensible in order to promote its appeal, encourage globalisation, bring in new sponsors, ensure the sustainability of existing structures, retain the interest of enthusiasts and attract new fans. The reform implemented in 2017 does not meet these goals”. There’s ongoing consultation this year and next to lay the groundwork.

Some of the ideas underpinning this reform mean “encouraging the advent of new events around the world”, “ensuring the stability of the rules”, “allowing teams to evolve in a stable environment” and “building a system that is based on sporting value and organisational quality”.

Many organisers are struggling to make ends meet and teams are almost exclusively dependent on their title sponsor. Furthermore, there are few sponsors that are global in size.

The UCI wants to bring “road cycling into the era of professionalism by becoming a major
global sport in economic terms”. There’s ongoing talk about pooling TV rights, at least among smaller pro races and underpinning this with shared production. Going beyond this they suggest “exploring the option to set up a new company to take on the marketable rights of all parties on the basis of an agreement between these parties, with a view to creating value”. There’s also “making the organisation of our sport more comprehensible” and “investigating the possibility of regulating team budgets” and with each quote you can see the big issues coming down the track.

We’re not done yet, there’s also changing the way pro cycling is governed. The UCI is the governing body for the sport but for men’s pro cycling is different from other disciplines it has a joint committee with teams, organisers and the riders – via their CPA union – called the Professional Cycling Council (PCC) which oversees this branch of the sport. The UCI now wants to place the PCC under its tutelage and give national federations a seat the PCC table too. The vision is to have a women’s version of the PCC too along similar lines.

The UCI wants to spice up some races, saying “some races, particularly stage races, may sometimes lack appeal, which can lead to disenchantment among the public and television viewers” which evokes the idea at least of changing the format of the Tour de France, but how and how much remains to be seen.

Calendar reform is also included with the plan to have races by geographic regions so as to stop the peloton flying somewhere, jetting to a new place, and then flying back, with a view “to reduce carbon emissions” and the plan is also to avoid overlapping events. After consulting with stakeholders the idea is “redesigning the calendar completely for the 2026-2028 cycle”. Part of this involves “encouraging the organisers of UCI WorldTour events to establish women’s events”.

What to make of it all?
To labour the point again it’s a big document with 126 pages and hundreds of bullet points. Inevitably separating the nice ideas from the firm priorities is the harder part. Some of the points regarding pro cycling are statements of the obvious, it’s achieving and delivering change that’s the tricky bit. It’s one thing to investigate regulating team budgets, quite another to actually implement budget controls. Yes a stage race has its slow moments but the product here belongs more to the likes of ASO and RCS, but at least there can be a dialogue as they have ideas to which the UCI has said no; more time bonuses than the regulatory 10-6-4 seconds for the top-3 on a stage comes to mind.

What will “encouraging” new events mean? It could span from the President giving a speech saying he’d like to see the Guangxi Tour back one day or that that many fans in Colombia deserve a World Tour race, all the way to the UCI funding and even promoting new events itself.

Environmental concerns feature and the calendar already has some sense here with the World Tour season starting in Australia, then going to the Middle-East, then to Europe and an American trip in September before China in October. New events would have to fit into this, for example where to fit a race in, say, Colombia, or Indonesia? But how much leverage can the UCI have over grand tours and the tendency towards lucrative but far away foreign starts?

Reforming the PCC sounds arcane but it’s the intersection of the UCI, the pro teams and the big race organisers like ASO. Here there’s been an equilibrium of late but partly because nobody is trying to tread on the others’ toes, it only takes an argument – you can see the “UCI in powergrab” headline already – for the quarrels to start anew and the sport quickly looks dysfunctional and wavering blue chip sponsors decide to back tennis or golf.

Calendar reform is sensible but simpler doesn’t always mean better. To outsiders it’s absurd that World Tour races overlap: Formula 1 would never do that. But it can make sense because unlike Formula 1 not every driver-racer is competing in every round because pro cycling is really a mix of events for different kinds of athletes, from flat sprints to mountain stage races: you can have one crew racing in Flanders and Roubaix, another doing the Basque Country and we can enjoy both. Even very similar races like Paris-Nice and Tirreno-Adriatico overlap but it works, allowing a big share of the peloton to get the stage race they need ahead of the classics, run them at different times and there’s some value in not having all the top riders clashing all the time, it prevents a season of repeats and heightens in interest in the prime races.

Pooling TV rights and even production is an interesting idea but the UCI’s been trying to do this for some time, the class of “.Pro” label races was meant to have obligatory TV and they’d all group the broadcast together but getting agreements across so many races in different jurisdictions meant it hasn’t happened. With more time differences can be worked out though, we’ll see although the real goal would be wide audience because whether it’s individually today or collectively tomorrow, the likely destination is Eurosport/GCN but the big value would be having big public channels around the world screen them instead but it’s a hard sell to get, say, the Vuelta a Burgos, on mainstream TV in some big markets.

Conclusion
Attempts to reform the sport go on and if things have been relatively quiet in recent years with the UCI, teams and organisers agreeing not to argue in public it’s been because there’s been less to wrangle over. Now this could come back with some lively issues on the table where there can be common solutions but some topics are bound to flare up, it’ll depend on how hard the UCI wants its vision to become the reality.