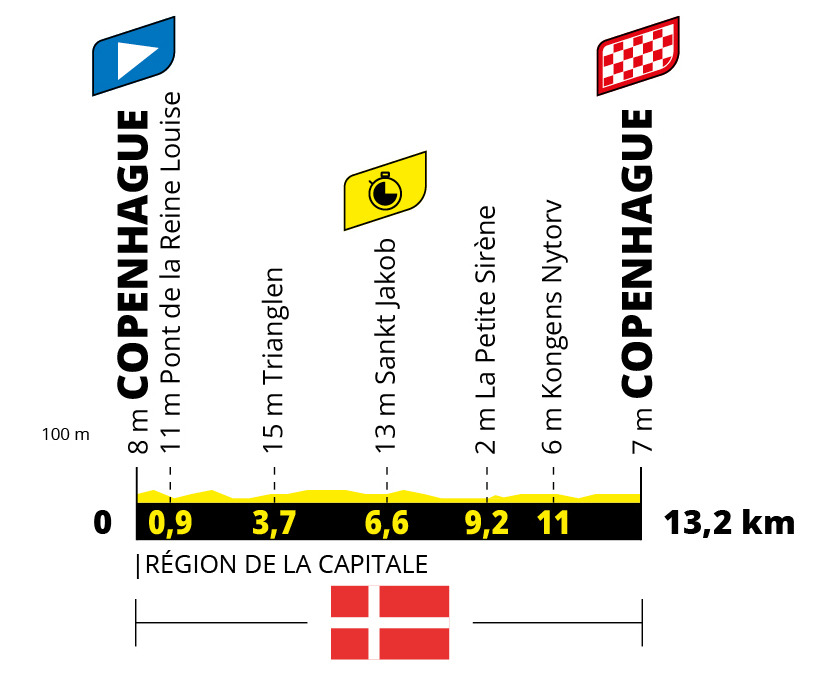 Welcome to the first of 21 daily stage previews, you’ll find them freshly baked like a croissant every morning.

The Tour starts with a 13km time trial around Copenhagen, a tour of many the Danish capital’s sights and monuments. There’s the stage win, a yellow jersey up and an early form test for the overall contenders, all in front of what promises to be a giant crowd in Copenhagen. 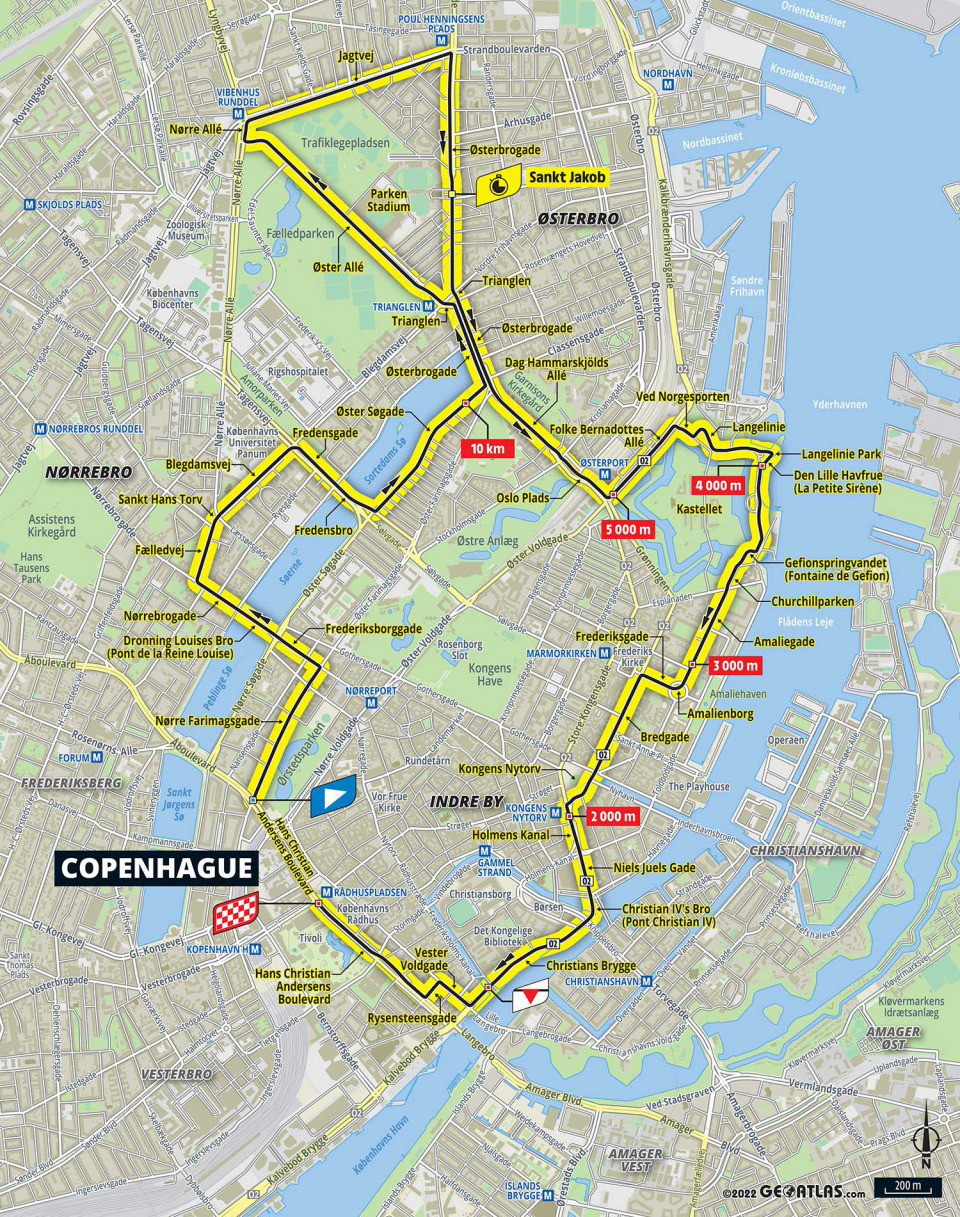 The Route: a flat 13km time trial around the Indre By, Copenhagen’s inner city. It’s the kind of route an open top bus would drive to show off the city to visiting tourists, passing many landmarks and sights. Although passengers should sit tight as it’s got 18, plenty for 13km. There are some technical points – cycling jargon for bends – where a rider can lose time or even lose control if the road is wet. Still, it’s far from a brake-sprint-brake-repeat course, several bends are predictable and wide, the course flows on big boulevards with some cobbles along the way. 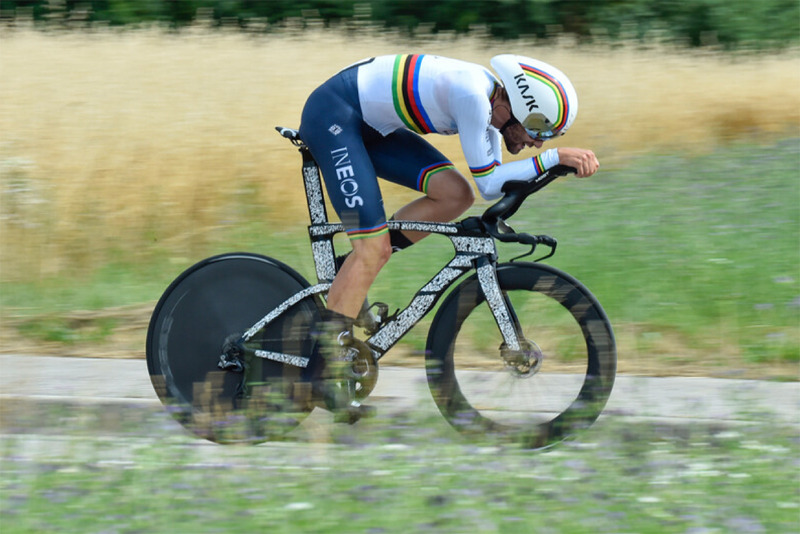 Filippo Ganna (Ineos) been targetting this stage for some time and it suits him perfectly, he can turn a giant gear at speed and his track pursuit background means he can handle changes in pace. He’s been the obvious pick by a long way for time trials but lately the others have caught up and even got the better of him at times. 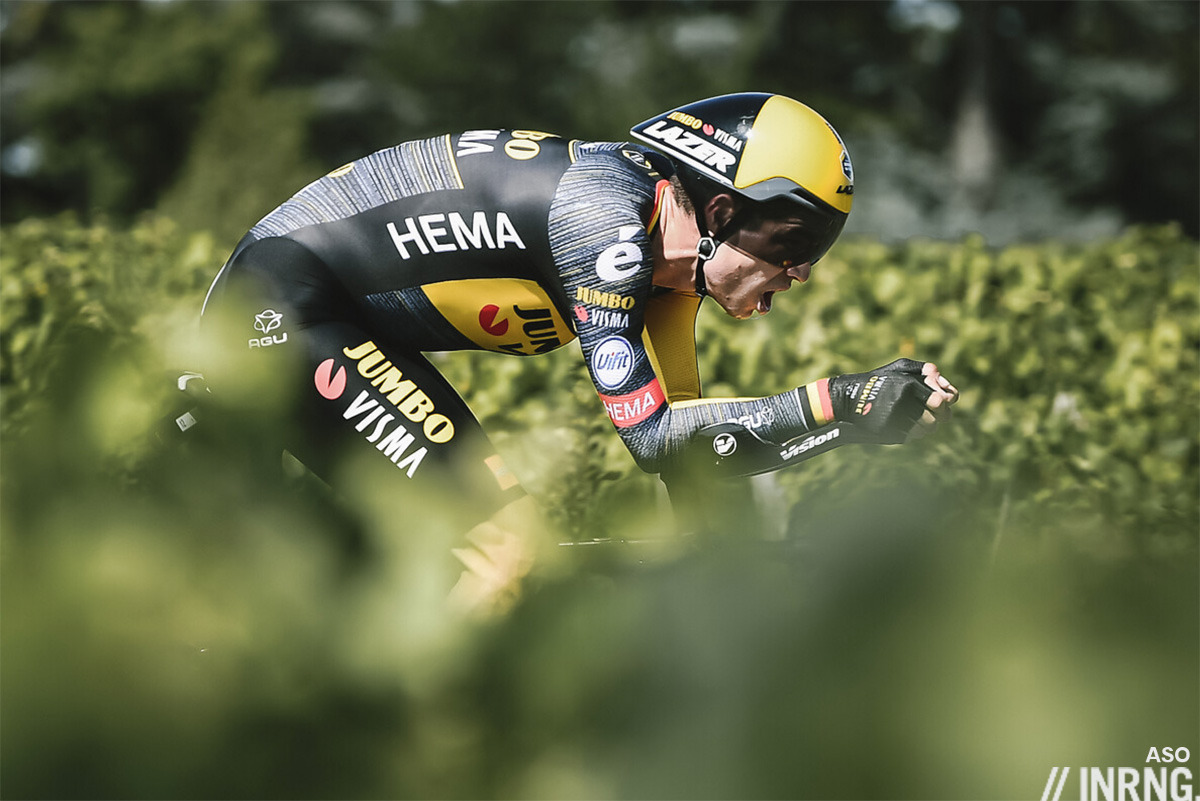 Wout van Aert (Jumbo-Visma) lost to Ganna in the Dauphiné time trial by just two seconds. There’s been talk of a knee injury but if he was actually limping he wouldn’t be starting a three week slog. He’s powerful, aero and will like the course with all its corners given he began in cyclo-cross.

Mathieu van der Poel (Alpecin-Deceuninck) isn’t in the dictionary when you look up time triallists because he’s yet to win one but he’s come very close and the course, form and more practice on the time trial bike mean a win is due. Just doing it in the Tour to take the yellow jersey is a big ask but that’s his style.

Stefan Bissegger (EF Education) has beaten Ganna this year, but the UAE Tour was an almost featureless course, we’ll see how he copes with the corners but he should be good here, he’s got the punch to power out. He’s had Covid lately so in a discipline where you need to be 100% to win this won’t help. Another Swiss rider called Stefan and the same story with Covid brings us to Stefan Küng (Groupama-FDJ) who has been in great shape before getting the virus, he’s the European TT champ but often beaten by rivals.

Danish supporters can cheer on several picks. Mikkel Bjerg (UAE) and  Magnus Cort (EF) is handy at short distance courses, Kasper Asgreen (Quick-Step) is very fast and Mads Pedersen (Trek-Segafredo) has been targetting this stage, placing a bet with Jasper Stuyven that if he wins the stage, the Belgian rider has get a donkey tattooed on his arse. But how to win? That’s a big ask but if they can finish among the best today they might fancy their chances of taking the yellow jersey in the coming days. Of course there’s Jonas Vingegaard too (Jumbo-Visma) who will be roared on around the course too. Team mate Primoz Roglic should place high too.

Which brings us to Tadej Pogačar (UAE) who faces an early test of form. But the flat course isn’t to his liking, there’s nowhere he can really pull out time from the giants like Ganna and Van Aert, if the course was Cannes or Clermont-Ferrand he’d have a better chance.

Anymore outsiders? Like Pogačar we could list more names but how to beat Ganna and Van Aert? Ben Thomas (Cofidis) is very versatile but yet to win big, namesake Geraint Thomas (Ineos) started the 2017 Tour with a win and has a better chance. Lampaert, Tratnik, Gradek, Durbridge, Bodnar, Politt, McNulty could all be close.

Weather: a mild day, 23°C but with a chance of a rain shower throughout the afternoon. The wind is going to pick up this evening and for the night which is why many riders have opted to start earlier.

TV: the seeding will have TV producers raging as it’s not going to build to any last minute suspense. The first rider is off at 4.00pm CEST with the likes of Bissegger, Van der Poel, Roglič and Quintana in the first half hour and many big names going early. There’s Ganna at 5.03pm, van Aert at 5.04om and then Pogačar at 5.05pm. The last rider Marc Soler comes in at 7.10pm CEST.

Prologue? today is Stage 1 and not the prologue. The strict definition of a prologue is it must be less than 8km. But you could have a 1km TT and call it Stage 1. Where a prologue is unique is that should rider crash out and be unable to finish, they are permitted to start the race the next day and get the same time on GC as the last rider in the prologue. As it’s Stage 1 today everyone has to finish to carry on.

The first prologue was in the 1967 Tour de France and a ruse to add an extra day’s racing by organisers who then made significant money from host towns and the attendant crowds. The most recent prologue now dates from decade ago in 2012 when Fabian Cancellara won in Liège and there were a handful of starters then who go today like Chris Froome, Edvald Boasson Hagen, Mikaël Cherel and Thibaut Pinot. Prologues can suit short distance specialists and even sprinters but they are likely to lose time today such that that taking the yellow jersey in the coming days via stage wins and time bonuses is a tall order.