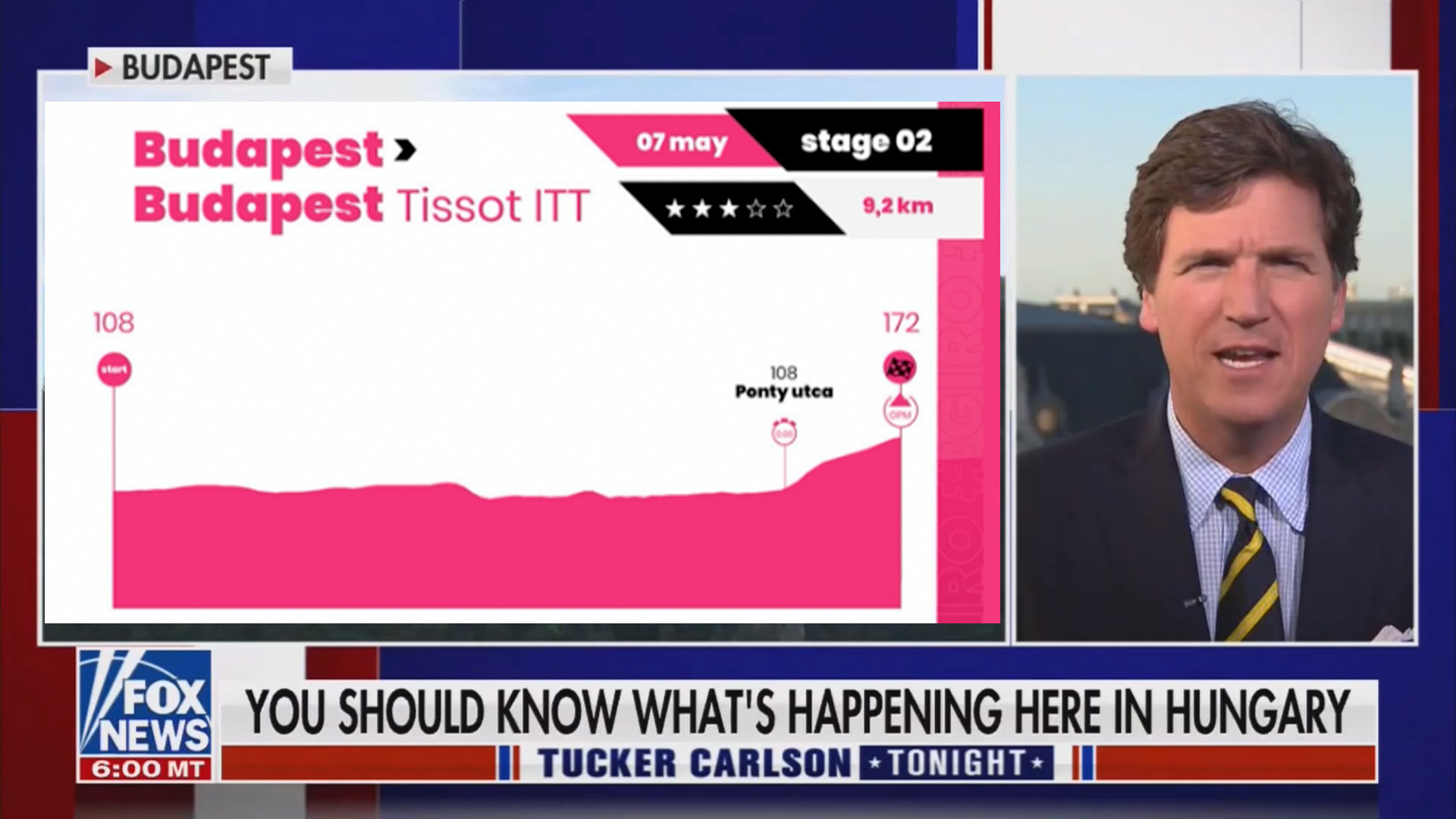 The Giro’s starting in Hungary and if you just want to enjoy the sport of a bike race riding across the countryside and through a capital city… then skip this post, do not read any further. A preview of the GC contenders is available to read instead.

To look more closely at the race is to keep stumbling into Hungarian politics, and Prime Minister Viktor Orbán seems to be everywhere.

The Giro’s Hungarian grande partenza makes sense on several levels. Part of Italy and all of Hungary were once united as part of Austria-Hungary in the 19th and early 20th century – this year’s route has the Kaiserjägerstraße and Blockhaus to prove it – so there’s a story of shared history. Budapest is a scenic European capital that wants to promote itself as a tourist destination and the Giro can show off a city better than football or Formula 1.

Only while we can evoke tales of history and look forward to helicopter shots of cathedrals and castles, the origins of the project go back to Bátorfi Béla. He’s a cycling fan, was president of Hungary’s triathlon federation (the dispute about the Budapest Ironman is a long story), and behind the UCI Continental Pannon cycling team. He also happens to be Prime Minister Viktor Orbán’s dentist since 1992; he’s since tapped the government for a lot of money to fund “dental tourism”, for foreign patients who come to Hungary for treatment. An odd coincidence at first but you can find others in prominent positions and wealth in Hungary who knew Orbán from way back.

Orbán started as a radical liberal in his student days but has since become a populist strongman, the type keen to blame foreigners and out-groups for problems. It’s the technique of what Venezuelan writer Moisés Naím calls the “3 Ps”: populism, post-truth politics and polarisation. On the last point, the aim is to ensure nobody is left indifferent, once you’ve heard of Orbán you either love him or loathe him.

Now a cycling blog ought to avoid to all of this – that preview of the GC contenders is ready – only it’s been hard. Trying to read the local media over the last few days to gauge interest in the Giro has been a strange experience, to look for any cycling or Giro coverage has been to scroll past the other news. One big story now is that Hungary is still a state of emergency. This was introduced because of the Covid-19 pandemic and the emergency legislation allows Orbán, him again, to rule by decree, ban large gatherings and much more, right down to small things like access to official statistics being restricted. To an outsider it looks like Orbán has gathered a lot of powers that he may not want to cede. Anyway despite the “state of danger” the Covid-19 situation is alright in Hungary and sanitary conditions look fine for the Giro; the health of Hungarian society once the Giro’s packed its bags is a different matter.

Browsing the country’s big news websites and portals this week there’s not been much about the Giro, although the stage winners will get locally-made porcelain trophies and another website has a look at key moments from the Giro over the past decade. Instead there’s the usual tabloid clickbait, “Lady Gaga’s buttocks are rounder than a ripe peach – bikini photo” promised one. But on several of the big news websites are so pro government it’s an experience to browse them, the ruling Fidesz party can do no wrong, while the opposition is frequently branded “The Left” rather than parties or people named. Sure you can find similar bias all over the world and yes, parts of the Italian media have a bias, an alignment. But at the height of Silvio Berlusconi’s powers his TV stations weren’t as loyal, nor did he create a system to bolster his media and downgrade rivals at the same time. So it’s rare in Europe; maybe Poland is comparable. US readers might think of Fox News, the channel even had their host presenter Tucker Carlson broadcast a series of shows holding up Hungary as a model society. Yet that’s fundamentally different because Fox’s hosts thrive by opposing the US government. In Budapest much of the media orbits around to the government, it’s often owned by people close to the ruling party, or dependent on government advertising for revenues. Up until now this was something to read about as a concept but thanks to the Giro (and Google Translate) it’s been a reality to navigate while searching for coverage of the race, and all the more eye-opening for it.

Unable to find much about the Giro in the local media, why not open the map and trace the Giro’s course? Only Orbán pops up en route. Stage 1 passes through Székesfehérvár, the country’s ninth largest city and where Orbán was born. The race then heads to Felcsút… where he grew up. Now if the race visits one town, it will go to a nearby one by definition; just as someone likely grows up near to their birthplace. Still, of all the places to visit and the roads to take?

The race goes to the finish in Visegrad might be familiar to those who know their European politics because of the “Visegrad Group” of Hungary, Czech Republic, Poland and Slovakia who’ve had an alliance, lately to coordinate policy positions within the EU and often taking a stance against proposals from Brussels; but this has fractured with even Poland, long Hungary’s closest ally within EU, being exasperated by Orbán’s cover for President Putin. For the Giro it’s a telegenic castle-top finish above the Danube but the sporting dimension of “Visegrad = 5km uphill finish” is just a new layer on top of many other, from tourism to geopolitics. 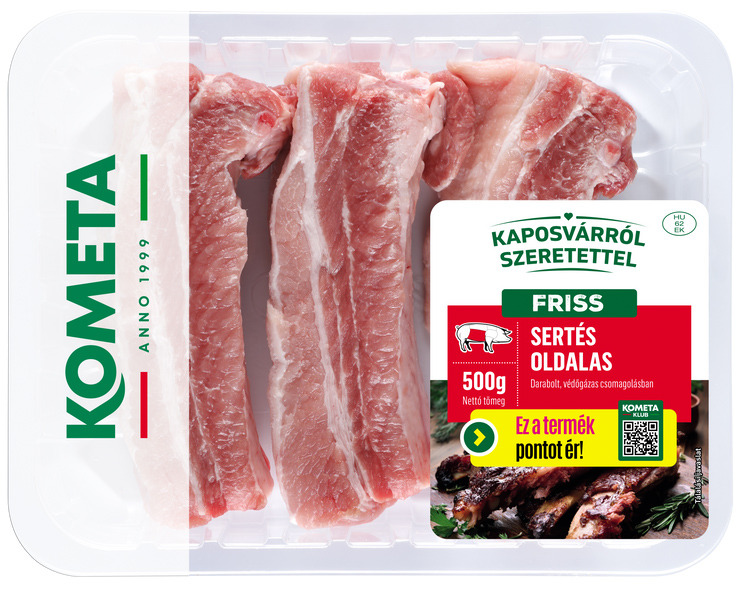 Stage 3 sees pork-barrel politics on a literal sense with the start in Kaposvár, home to the Kometa pork processing factory. Kometa’s an Italo-Hungarian company (and co-sponsor of the Eolo-Kometa team) and presumably no coincidence the stage starts here. This wouldn’t be new, many a bike race has started or finished somewhere because of a sponsor; in fact it’s not even the only grand tour stage start outside a sausage factory this year as Stage 11 of the Vuelta begins at “ElPozo Alimentación” rather than Alhama de Murcia, El Pozo being big in the business of salchichón. Stage 3 then heads for Lake Balaton, a tourist spot that the government wants to promote and where people connected to Orbán have become big investors according to Reuters.

Conclusion
What all organisers want from hosting a grand tour start is images of their city or region beamed around the world, to put Budapest, Visegrad and Lake Balaton on the map of your psychography. So expect shots of castles, cathedrals, the blue Danube and more… weather permitting as the forecast says rain showers this weekend.

But in Hungary to look more closely into the race is to keep seeing Viktor Orbán, from the genesis of the grande partenza, the ongoing state of emergency, or the war in Ukraine. He and his friends seem to pop-up along parts of the race route. Is this just coincidence, or a reflection of Hungary?

It feels different here, to pore over all the Italian stages isn’t to cross the path of, say, Mario Draghi all the time. Other foreign starts have their moments, Belfast in 2014 saw riders race past giant murals featuring masked gunmen and the Tel-Aviv start in 2018 was obviously political, but that was a long way from Italy. As we acknowledged at the top, part of Italy and Hungary used to be the country. Now they seem so far apart.