A Tribute to Pinot

Thibaut Pinot won the final stage of the Tour of the Alps, putting the long saga of chronic injuries behind him and ending the even longer winless streak and avenging his frustration at finishing second yesterday. Below is a video clip from L’Equipe TV with studio guest Pierre Carrey offering both a portrait and a tribute, worth sharing… and adding an English translation.

It’s such a good tribute that here’s a translation into English:

Beyond sport, he’s someone who speaks to you, he speaks to us all. Sometimes it’s said “you overdo things about Thibaut Pinot”. It’s true, we do overdo it. He himself complains about it ,but on the other hand he’s on the bike so he attracts that kind of limelight. He returns a bit of a shadow, sometimes light.

What he’s been able to do in two days are the two sides of the same mountain. To win today he had to lose yesterday. His win today has depth because he lost yesterday. With Pinot, contrary to his tattoo*, I find the defeats as beautiful as the losses, it’s there that it touches on something personal. Thibaut Pinot is someone who is happy in the silence of nature, who is happy on a bike, perhaps unhappy in the human world. He’s a different kind of rider, a different kind of man and you don’t find them often. It’s a mythical object, mythological. We’ll realise this the day he stops riding. Sadly we’re getting closer to this day than the day he started.

We’ll also realise there aren’t riders like that in each generation, particularly in France. Thibaut Pinot is know in France and abroad too. He embodies a sort of panache that’s a bit old-fashioned too, the Cyrano de Bergerac, a panache that loses each and every time. But this speaks to something, in France and abroad. On that level he’s reached the level of an icon. In the end we’re not expecting much more from him, whether he wins or loses, we expect him to supply emotions. We don’t know what he’s racing after, it’s a big question, does he know it? He’s there, he’s got nothing to prove, he’s on another level, he speaks to our lives as well.

Pierre Carrey’s an authority on French cycling, he started the DirectVelo website and has written several books, including one about Pinot, and has been a columnist for newspapers like Liberation and Le Temps. I think it’s a great tribute, it might take a blogger a bike ride, fresh air, coffee and some head scratching to even try this but Pierre Carrey does it live on TV and I wanted to share it with an English speaking audience.

Romain Bardet won the overall in the Tour of the Alps to give the day some 2014 vibes. 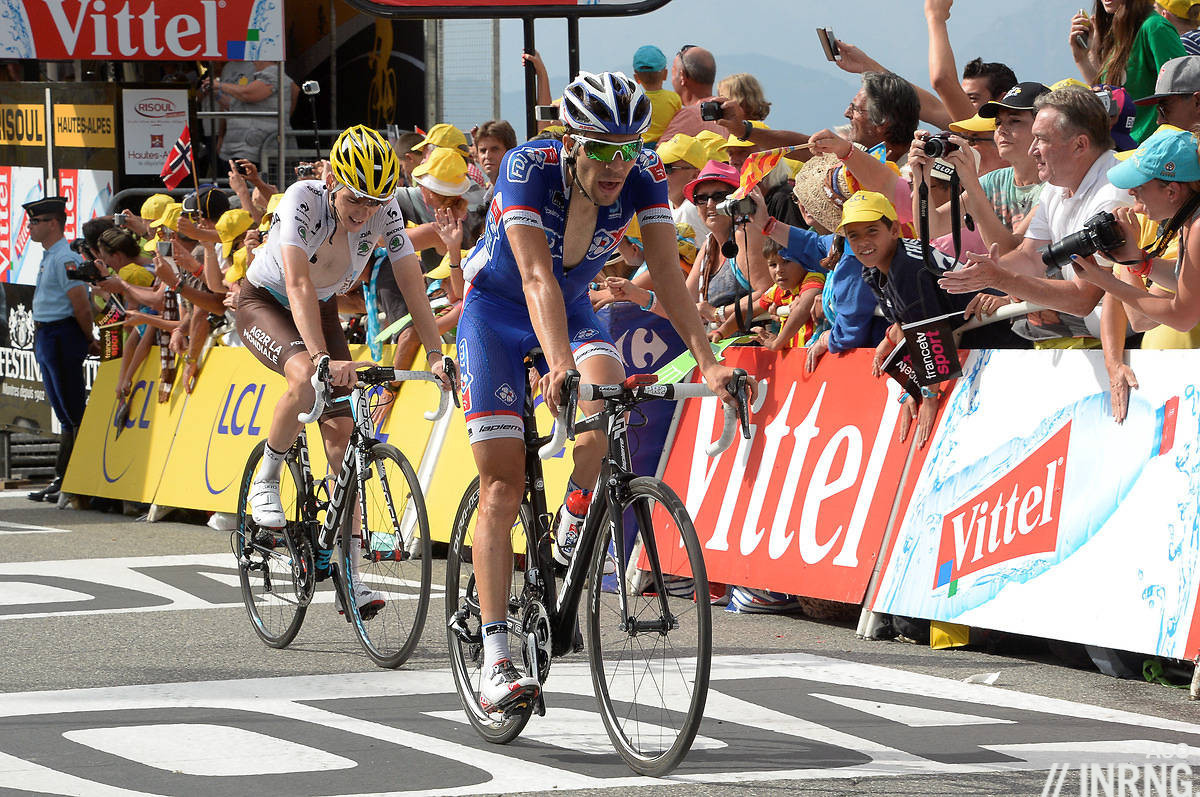