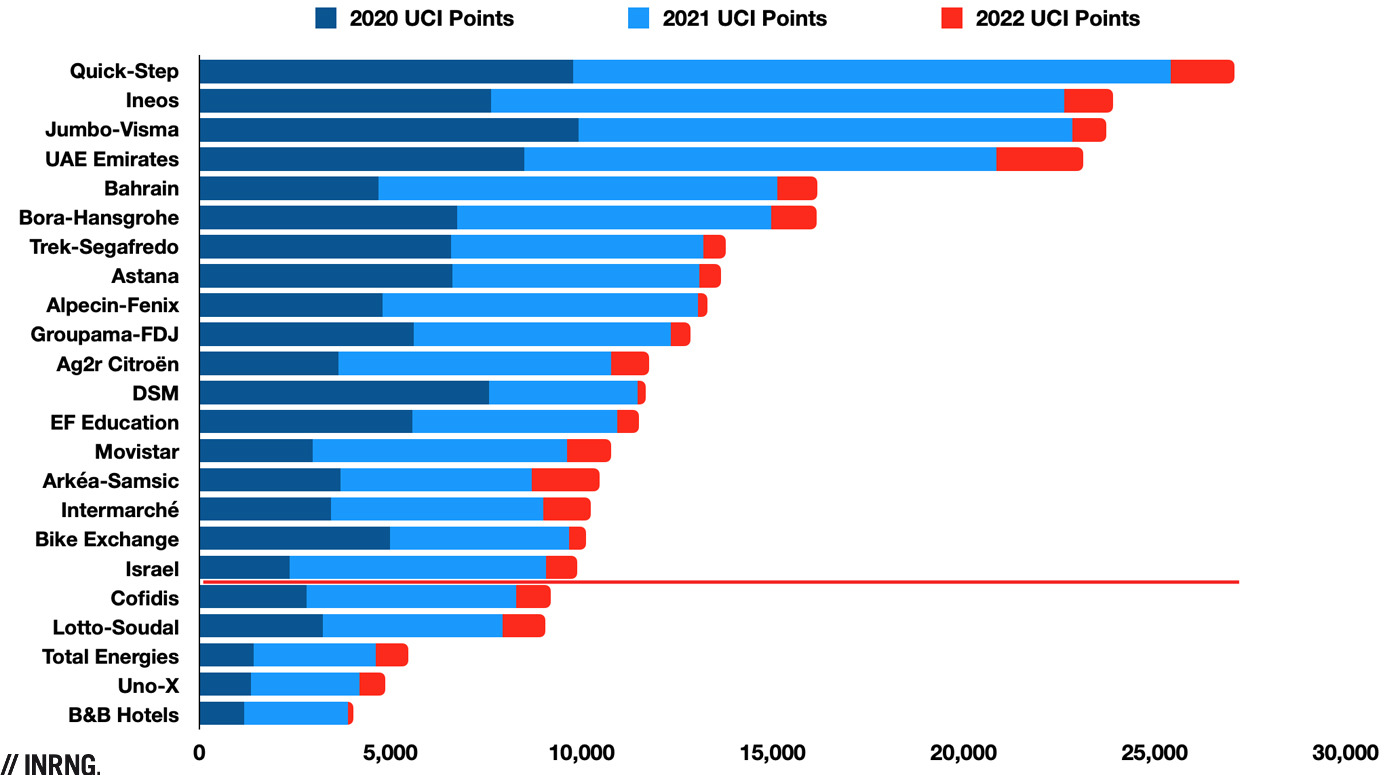 The chart shows the latest version of the three year rankings 2020-2022 used to determine which teams qualify for UCI WorldTeam licences for the next three years.

Background info
The UCI publishes rankings overnight between Monday and Tuesday. The rankings are compiled from the sum of UCI points won by each team’s 10 highest scoring riders for each season, 2020, 2021 and now 2022. Riders can also forfeit points for mistakes like littering, ignoring level crossing lights or taking a short cut on the course and so on.

At the end of the season in October the top-18 teams meet the sporting criteria for WorldTeam status but are subject to the financial, admin and ethical reviews. Teams outside of the top-18 risk being relegated to UCI ProTeam status which means they are not guaranteed to start in the biggest races like the Tour de France. But the two best scoring teams in 2022 will get these invites to the grand tours.

You can see the points available in different races in the UCI Points and Rankings Tables Explainer post from January.