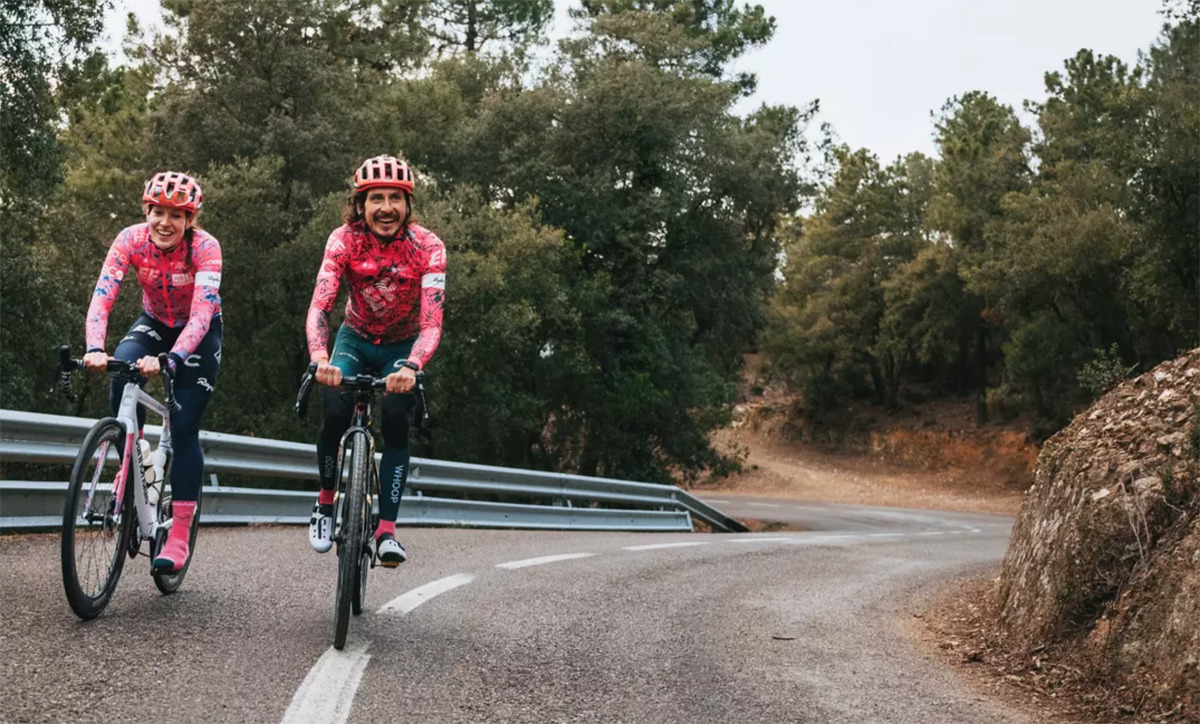 With EF Pro Cycling fashionably late, all the World Tour team kits are out. Got any favourites? Of course and what would the internet be without rankings of team clothing? Instead let’s reflect on identity and branding because what’s striking is how ordinary so many jerseys still are, plain kit with logos slapped on.

It’s remarkable how many team kits are still textile billboards, with jerseys and shorts giving as much prominence to the sponsor logo as possible. Work overalls with sponsor labels.

Now let’s abstract ourselves from the 2022 team kits to consider the underlying designs. Regular jerseys sold by premium brands like Assos, Castelli, MAAP, Rapha, Sportful, Velocio and others has, well, had some design to it. If you want, say, a red jersey, they won’t give you plain one but instead have some design to it with patterns, blocks, fades and so on. 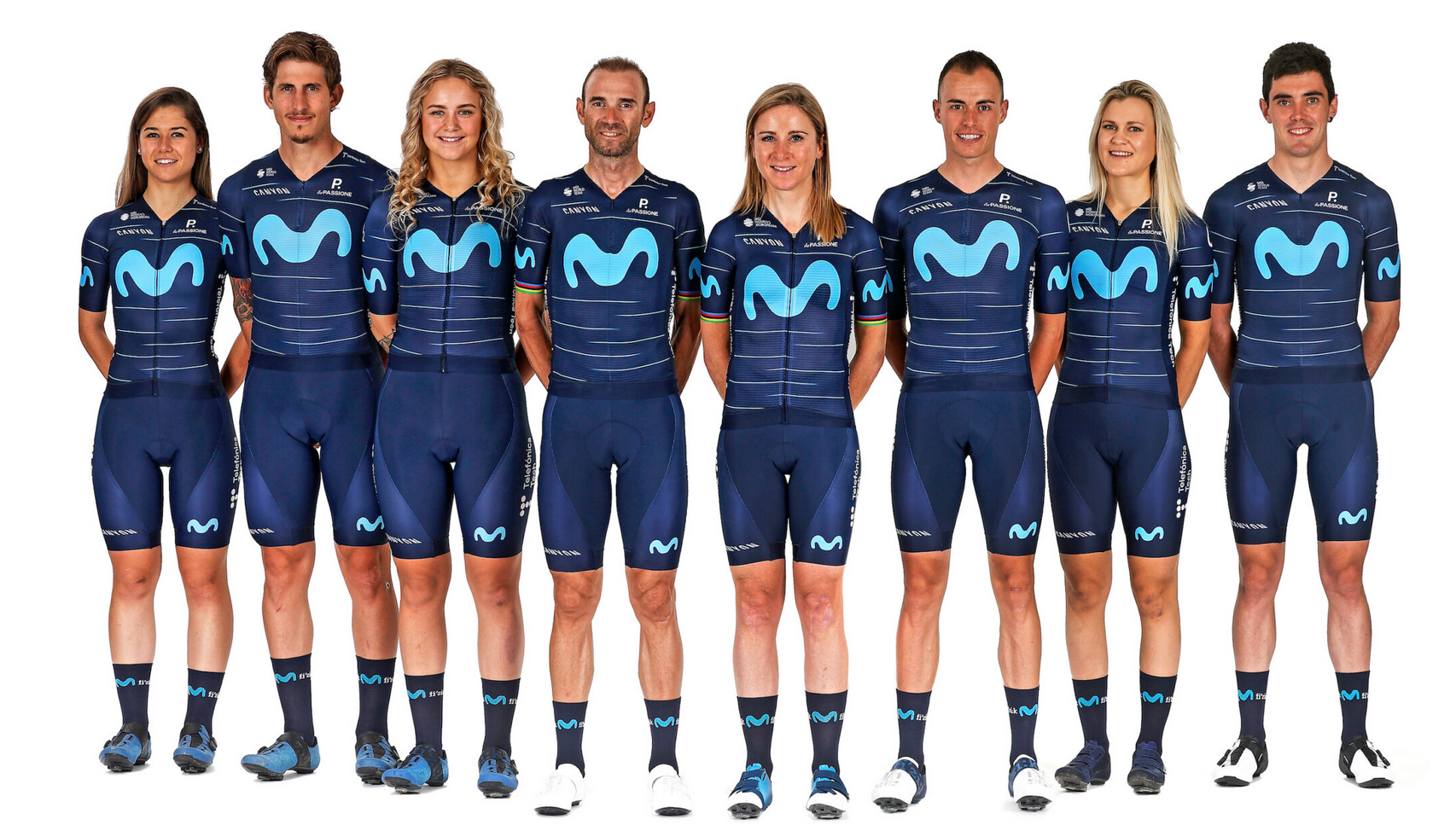 Strip the pro jerseys of their sponsor logos and there’s a mix of very plain jerseys and a few with patterns. Movistar’s kit is a good example because it’d works as well without the Movistar logo as it does with, if you were in the market for a navy blue jersey you’d consider it, no? Cofidis, Ineos and Bora-Hansgrohe are among others with kit that could sell well in plain versions too, not enough to pay for the team’s budget, more that it has wider consumer appeal beyond the team’s fanbase. Having a good canvas is the start of a good jersey.

Next let’s consider identity and branding. Imagine if the EF kit was released with no sponsor logos but all the same colours and patterns: you’d spot it right away because it you knew it from last year and it stands out. Other examples come to mind, you know Astana thanks to the enduring national colours. Groupama-FDJ’s tricolore has to be them, and Groupama, a company with a green logo, has bought in. Ag2r Citroën’s jersey would be plain white but the brown shorts are the giveaway. Some like Jumbo-Visma could be quickly identified if they had no logos but the colours are very much the corporate tones, the Jumbo supermarket uses the same yellow and black and if the day comes when the team changes sponsors, would they keep the same colours and identity? Maybe not so it’s recognisable but perhaps not as enduring.

Being able to spot kit without reading the logos is valuable branding. Consider some of the biggest consumer brands, you can tell a can of Coca Cola without it having say “Coke” on it thanks to the colours and design. A luxury handbag might have a strong identity thanks to the clasp. A Porsche car might have a logo the diameter of a cupcake but many can recognise one of their cars from hundreds of metres away. Such branding is rare and can take decades of design and promotion to create and sustain. If you can tell a team kit from afar without being able to read the logo then that’s got to be valuable. Now as the reader of a niche cycling blog you can probably tell all the kits, but being able to do this with a wider audience, the millions who sit down to watch a race on TV is valuable. 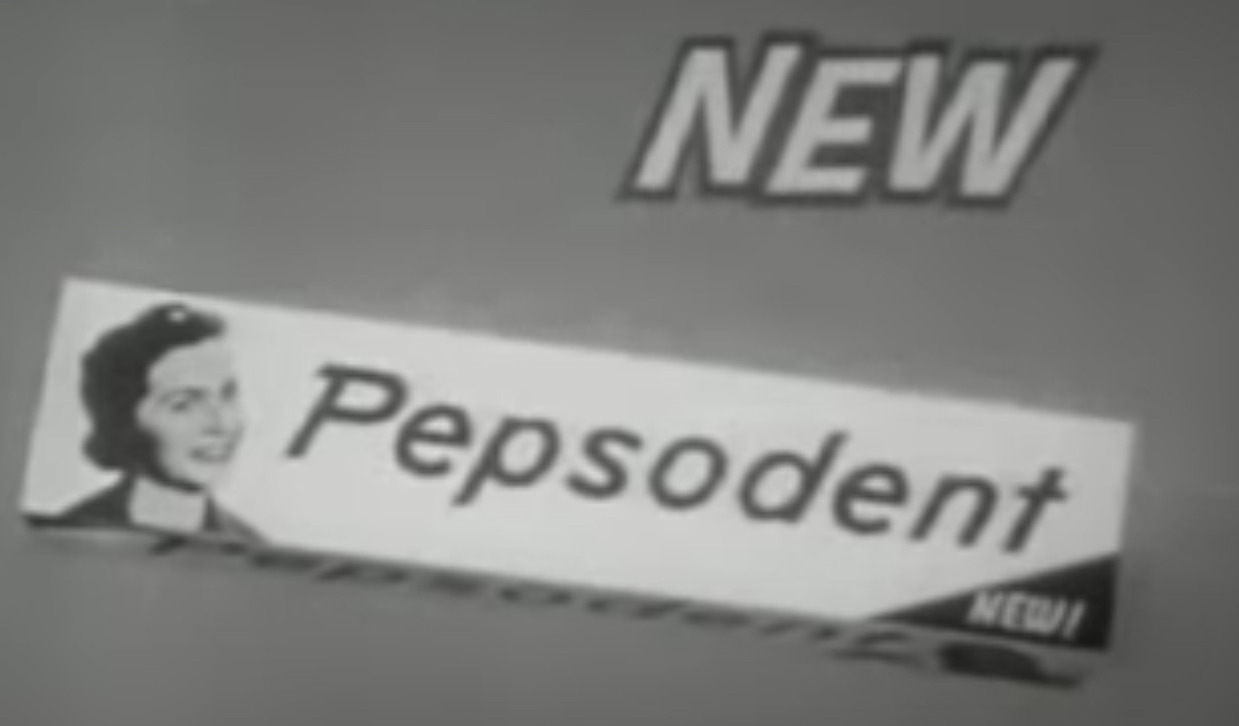 Look at advertising on TV and online these days. When a TV show cuts to the ads, or you scroll through Instagram, you don’t get, say a “Soudal” logo beamed onscreen for five seconds like some 1950s ad campaign. Instead there’s usually a short story and imagery about the product. Of course a jersey can hardly tell a story but as suggested above, it can still have an underlying design that’s appealing and an identity that makes you “know” it even before you can read it. 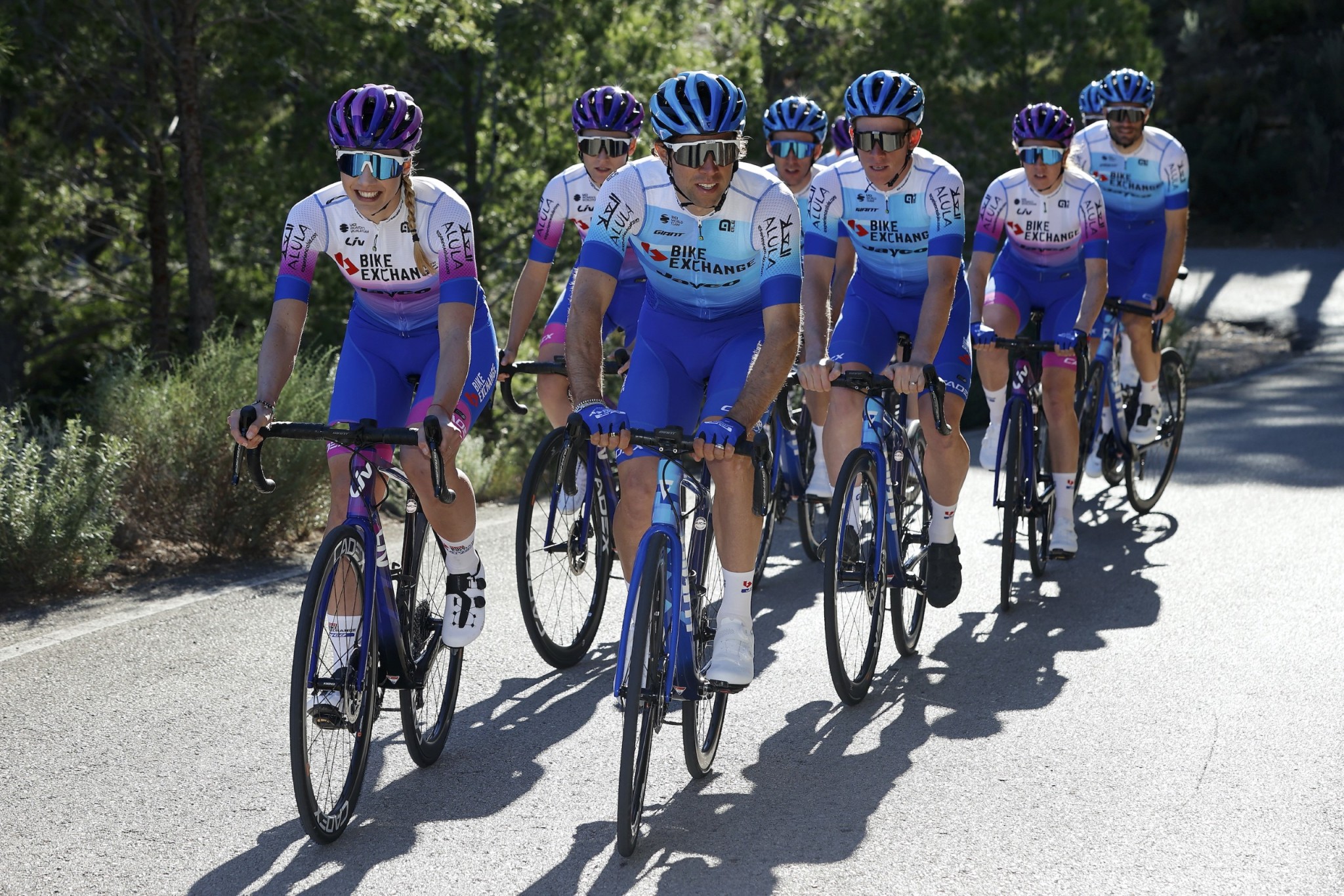 Which brings is to Bike Exchange’s 2022 kit with the blue design. You may love it, you may hate it, worse you may be indifferent. But if you saw the kit without the big “Bike Exchange” and “Jayco” logos then you’d have little idea which team it represented, nor would the underlying design appeal much either. Now the kit is new and they could try to build a brand from this but that’s a hard job given blue shorts, white shoulders makes them similar to Israel and Quick Step and even Intermarché-Wanty.

So if you can spot kit from afar without having to see the logo, how much is that logo’s and the real estate worth? This will vary across the teams, some sponsors do want that “here’s our brand” analogue banner advert and a corporate sponsor is unlikely to argue for their logo to be smaller, after all they’re paying millions. But how much of the value comes from being able to read the logo? Some sponsors want a different kind of rapport, it’s less about eyeballs and more about making an emotional connection. To reprise the EF kit again, yes the logo takes up a lot of space on the front but it’s subtle at the same time, a pattern amid the patterns rather than the corporate letterhead sublimated onto the jersey.

Lastly yes, kit can have a commercial function in replica sales but delve into team accounts and this is small, even for the biggest of teams. And there’s also the need for riders to be able to spot each other in the bunch, something which can’t be overlooked when it’s being made and where we’ve seen with the women’s World Tour, some kind of collaboration between teams or oversight from the UCI can come in handy to stop teams from mistaking each other… because if you’re own riders are confused, the waiting public is going to fare even worse.

Conclusion
What’s the point of team kit? Some of them are textile billboards and it shows, blank kit with little underlying design onto which corporate logos are printed so you can read them on TV, online and in print. Some sponsors crave this. But others don’t need the logos to be so strong and this is the interesting part, the more you can recognise the kit without having to read the logo then better, a connection has been made, you’re being fed the brand without having to read it and the stronger the team’s identity.