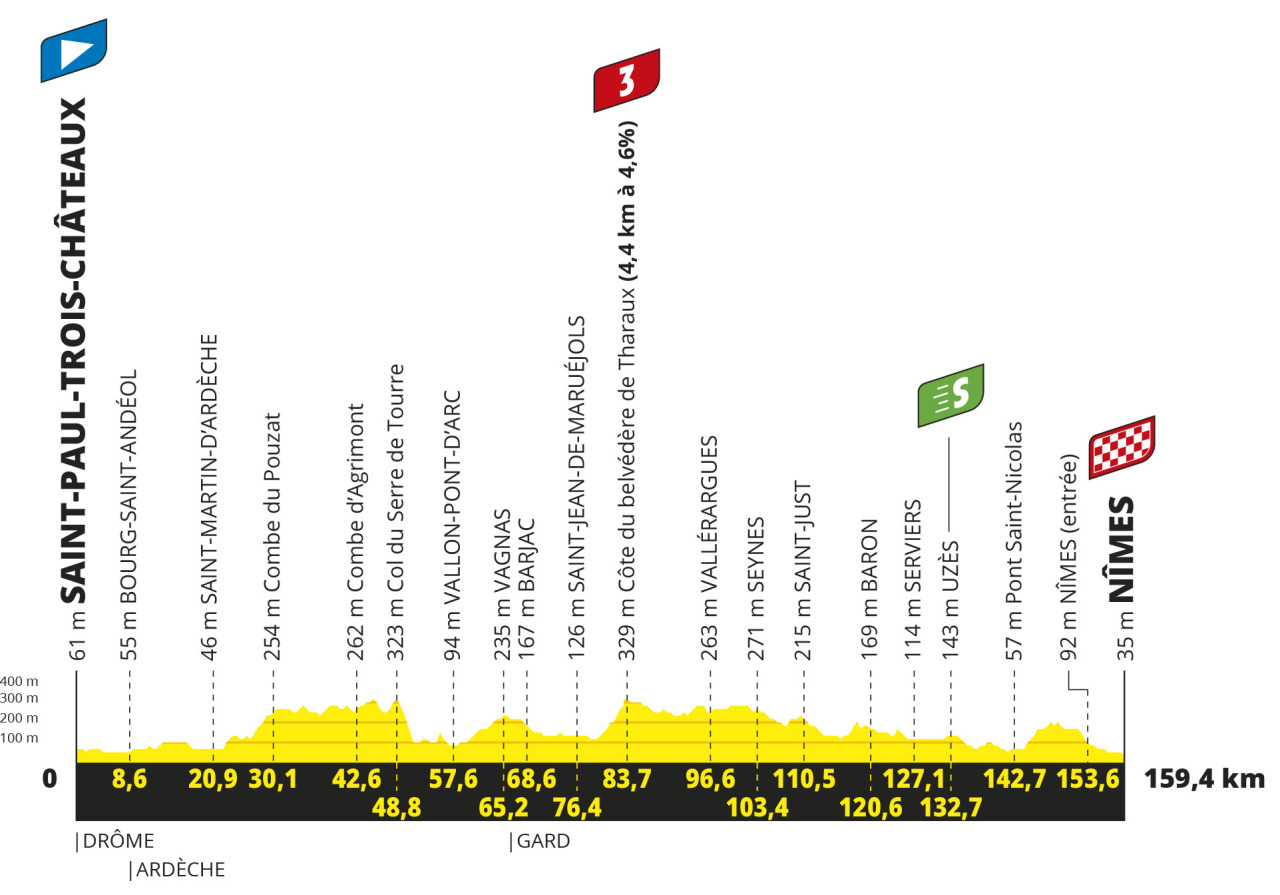 A likely sprint stage but a tough course with plenty of small climbs including one 16km from the finish. Watch out for the gusting wind.

Stage 11 Review: once upon a time a dog called Hachikō would walk every evening to a Tokyo railway station to greet his master as he emerged on his way home from work. Only one day his master didn’t come back, he’d died at work. But this didn’t stop Hachikō who would still walk to the station again and again out of loyalty, expectation and habit. Yesterday Ineos were aligned in front of the peloton in a mountain stage. They did what they’ve always done, only this time there was no yellow jersey to protect, nor were they going to launch Richard Carapaz. Ineos’ pace did soften up the yellow jersey group but it was a Goldilocks job for Jumbo-Visma, neither too fast to bring back Wout van Aert, nor too slow so that it was open season for attacks.

Wout van Aert won the stage, he’d bridged across in a group to an early attack launched by Julian Alaphilippe and was an ominous presence in group, like a prison guard watching over inmates exercising in the yard. If they wanted to break free they’d have to do something about him, if they wanted to win the stage they could not take him to the line. But van Aert turned the tables, profiting from Trek-Segafredo’s work and Alaphilippe’s showmanship, chasing down Kenny Elissonde to go solo over Mont Ventoux and salvage a win for Jumbo-Visma. 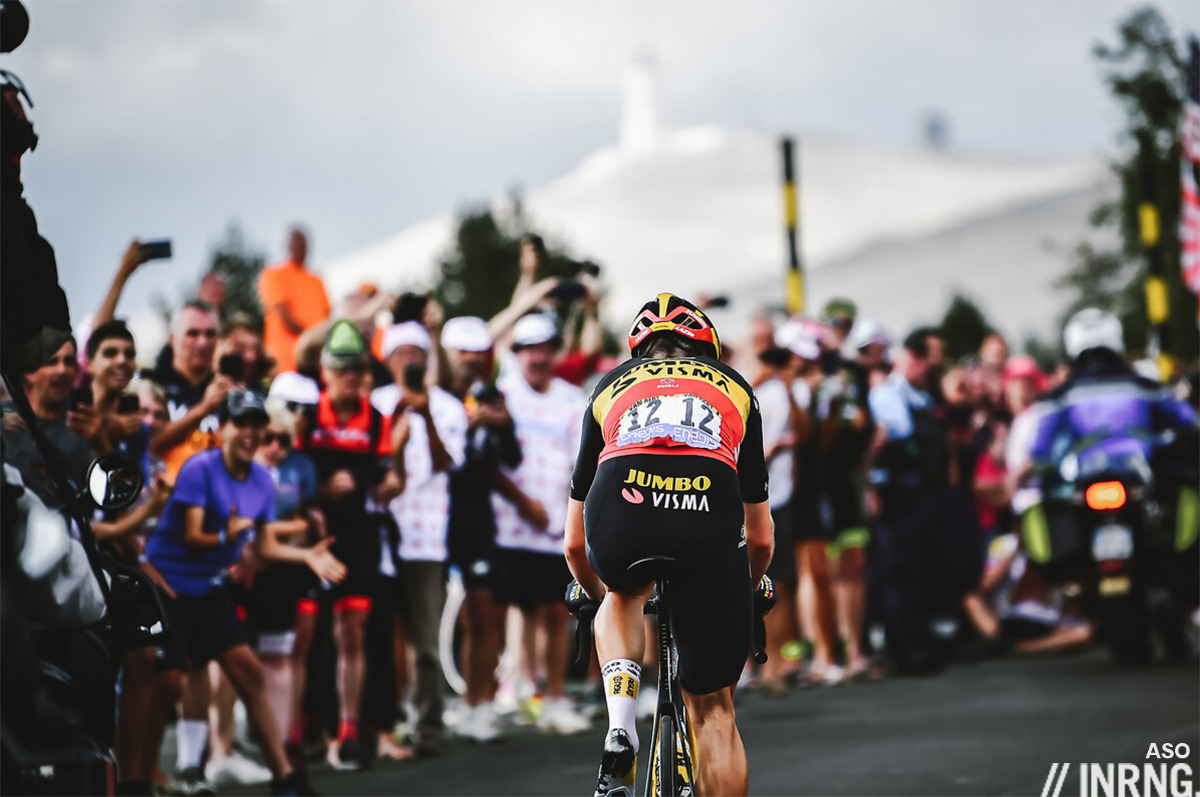 Behind Jonas Vingegaard launched an attack and this shook off Alexey Lutsenko and Wilco Kelderman, then Rigo Uran and Richard Carapaz. Pogačar was in trouble, his head tilted, a grimace on his face, then he cracked. Cracked but not shattered, this was strong by Vingegaard but he’d get caught on the descent. The yellow jersey isn’t invincible any more but if this was an off-day no time was lost and his nearest rival, on paper, Ben O’Connor, was distanced.

The Route: 159km and a lumpy stage with 2,000m of vertical gain, this is a possible sprint stage but it’s hard going throughout. The first climb is unmarked as the race rides up the Ardèche gorge on a sluggish, hard road. Then it’s onto roads used by the Etoile de Bessèges and also the Tour.

The late intermediate sprint in Uzès is followed by some plains a bridge over the Gardon river. From here there’s another unmarked climb with 16km to go. It’s 3% for almost 3km and twists up the hillside. The sprinters won’t be dropped here but the likes of Mark Cavendish and Nacer Bouhanni can be put in the red if rival teams want to try. But it’s not severe, in 2019 the same finish didn’t trouble the sprinters much.

The Finish: a ride through the city on big roads to finish on the periphery and it’s flat.

The Contenders: a likely sprint stage but not an easy day to control the peloton. Wout van Aert (Jumbo-Visma) was supposed to be today’s pick. A close second in Valence, he’d be fresh for today and suited to the hillier stage. Only he’s bound to feel yesterday’s stage in his legs. Nacer Bouhanni (Arkéa-Samsic) can climb well on good days but he had a rough day yesterday so he’s a harder pick too.

Which brings us to Jasper Philipsen (Alpecin-Fenix), Sonny Colbrelli (Bahrain) and Michael Matthews (Bike Exchange), all picks for today but they’ve been beaten in dragstrip finishes, they need to deploy their teams to make the race tougher today to boost their chances. Even then the flat finish makes Mark Cavendish (Deceuninck-Quickstep) an obvious pick too.

Weather (updated): last night’s forecast has got upgraded or downgraded depending on your point of view. It’ll still be a pleasant 28°C but now there’s an increased chance of bother from the wind as there could be some stronger gusts, it’ll blow from the north at 15km/h but could reach 40km/h at times before and after the intermediate sprint in Uzes.

Off on a tangent: rider transfers can’t be announced yet, officially they can’t be signed until 1 August but the story during the Giro that Peter Sagan is going to Total Energies is now being reported as fact, as long as the contractual ink dries. It’s worrying for the team, they’re having import ageing talent at a premium, quadrupling down on the signings of Niki Terpstra and Edvald Boasson Hagen. For years it was an exporter, picking the best riders from its Vendée-U feeder team such as Bryan Coquard while open to foreign talent, this was the team that backed Yukiya Arashiro, Dan “from Nam” Craven and Natnael Berhane. Even if Sagan can find a new lease of life it’s signalling the conveyor belt of home-grown talent has halted, as has the globe-trotting recruitment.