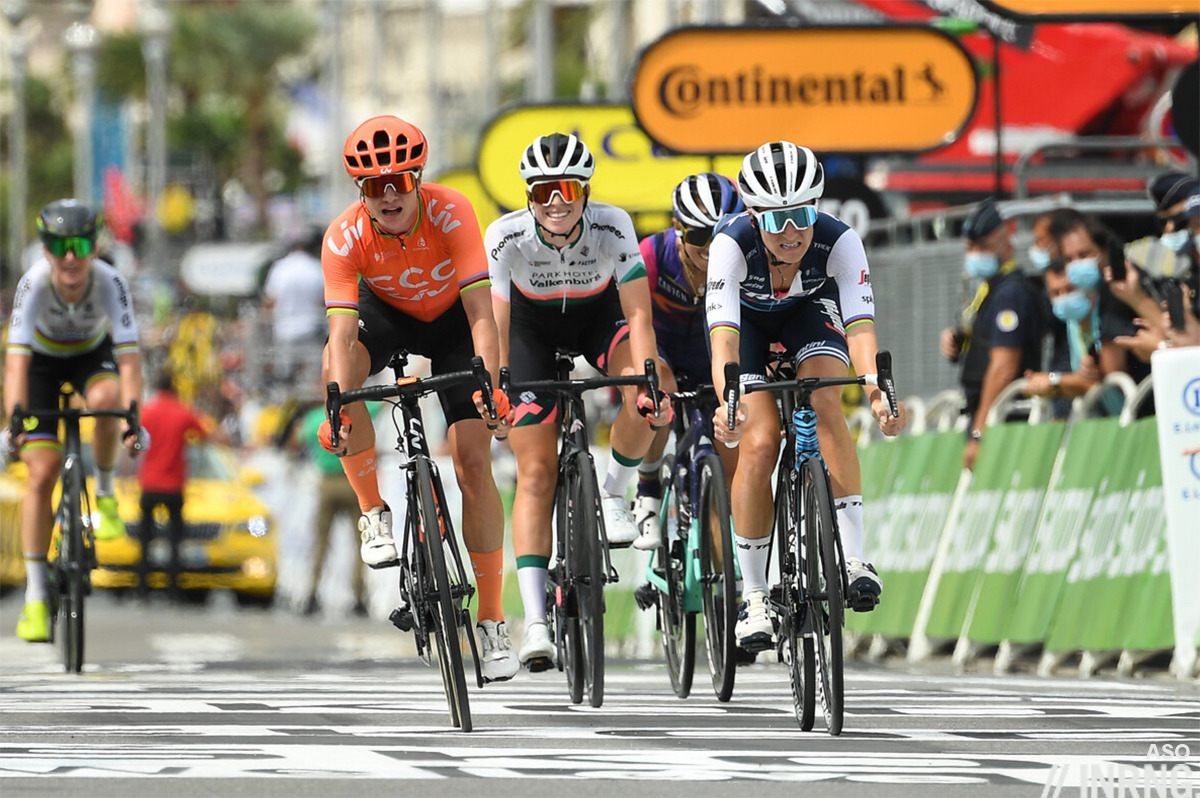 ASO have announced more details of the women’s Tour de France set for 2022. We already knew it will start in Paris before the men arrive and then have seven more stages, now a lot of details such as sponsorship and television coverage have been announced.

Today’s news has several features. First Zwift is the title or presenting sponsor, this blog has marvelled at the company’s marketing budget before and so it continues. LCL, the French bank that sponsors the yellow jersey will also sponsor the yellow jersey so podium lions for all, it looks like the race will have a similar visual identity to the Tour. Best of all there’s a broadcast deal with the EBU, the group of public service broadcasters across Europe and beyond, which means the live TV coverage will be free to air in many countries and this ensures the race is gets mainstream media treatment.

Partly because of ASO’s weight and because of the Tour de France’s stature – both are linked of course – the race looks set to become the premium event on the calendar but only if it can match expectations. The next question is the route and format and we’ll get answers in October when both the men’s and women’s races are presented in Paris. Ahead of that riding out of Paris suggest some kind of Paris-Nice format with an obligatory sprint stage on the Monday as there are no hills in a day’s ride and we can expect towns that host Paris-Nice, the Tour and Dauphiné to feature, think Saint-Etienne or Valence which seem to be hosting all three these days. Some mayors and politicians have said “non” to the Tour de France because it was men-only and now they practically have to bid for a stage. 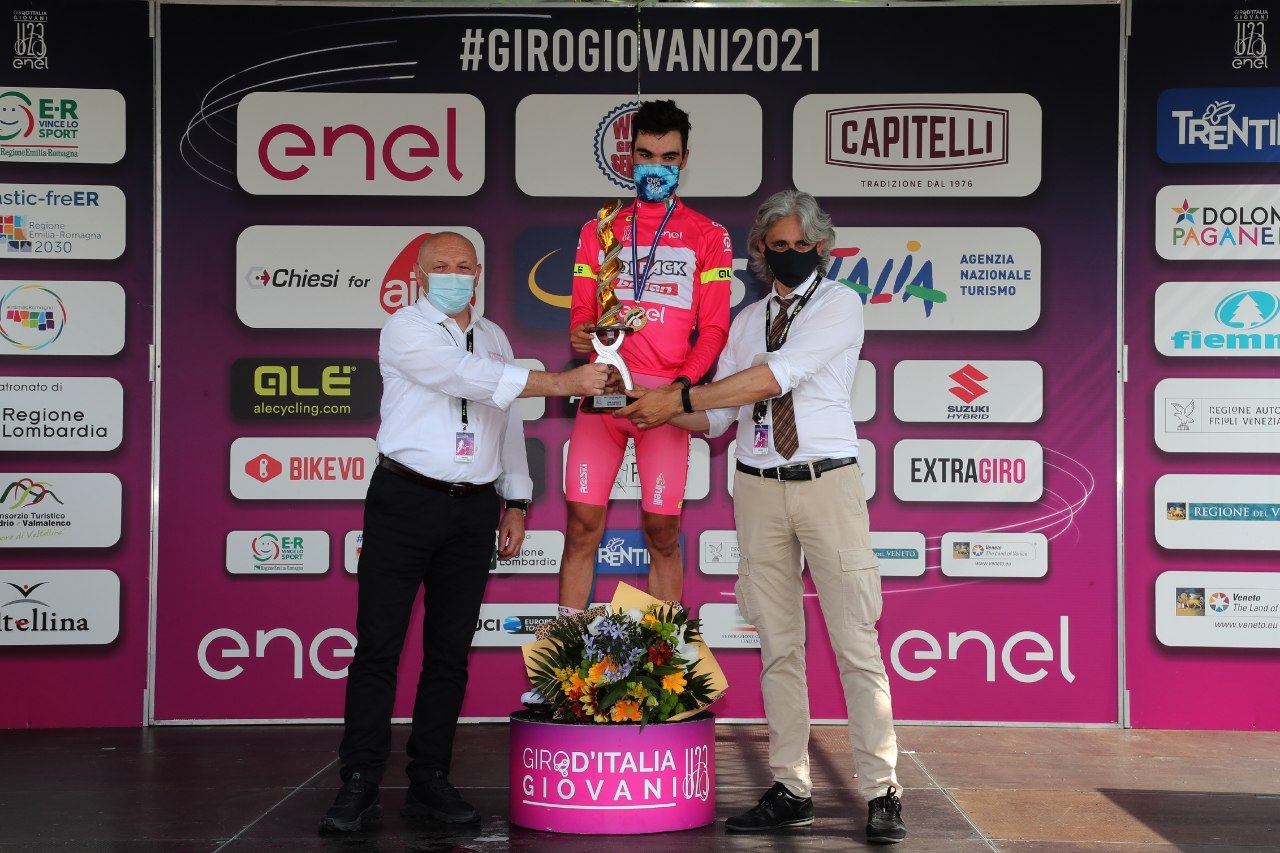 Onto a different promise now. Juan Ayuso won the U23 Giro d’Italia and at ease on all sorts of terrain, all this and as you probably know, he’s only 18 years old. He seems as promising as everyone says… but he looks like the finished product already, his physique looks much more like that of a 25 year old pro. So how much he can keep progressing between today and the time he’s say, 25 remains to be seen. This will be interesting to see, he’s on a five year deal with the UAE Emirates team so they clearly see a long term future. He’s currently placed with Colpack, one of the top Italian U23 teams to be closer to the UAE team’s management. He was going to join the World Tour team in August but will start racing with them in June. 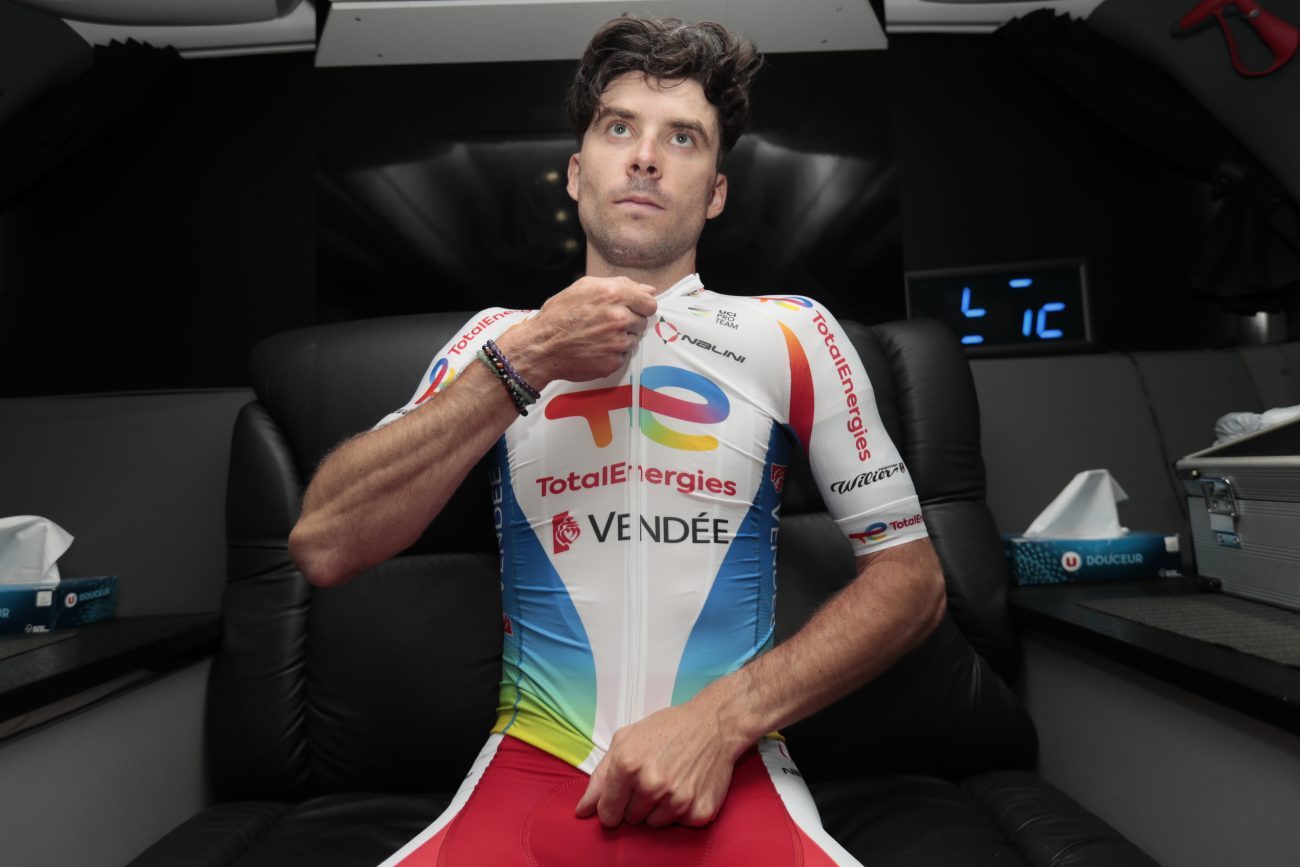 To a smaller team now but one with a very big backer. The Total Direct Energie team is now “Total Energies”. As a reminder the team was Direct Energie which is an electricity supplier in France. The sponsor was taken over by French oil major Total and so the company and the cycling team it sponsors became Total Direct Energie. Now it’s Team Total Energies and this could bring changes for the team, the sponsor is one of the largest companies in the world and surely can’t afford to look inferior on the road. They’re not going to become Ineos, but this might help bring Peter Sagan on board.

At least it’s been quickly rebranded, think of 2019 when the company Dimension Data was rebranded as NTT but the pro cycling team didn’t change name until the following year suggesting the squad was a marketing afterthought; NTT pulled out of team sponsorship a year later.

Talking of NTT, the current version of the team is Qhubeka-Assos but it seems the team sponsorship from Assos, the now US private equity owned clothing brand founded in Switzerland, is for one year as in this year. There’s talk Cofidis are after Giacomo Nizzolo as a replacement for Christophe Laporte who could be going to Jumbo-Visma. A rider like Nizzolo is central to the squad, an asset who sponsors can back. 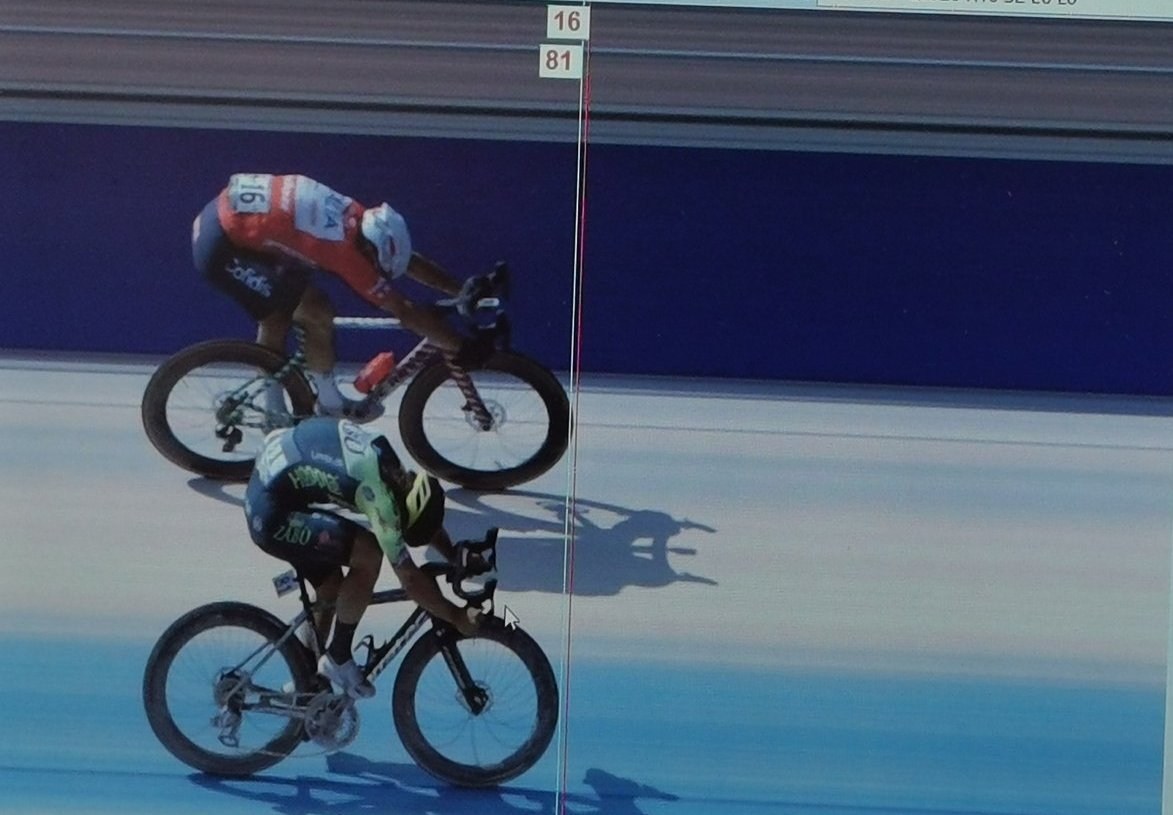 Cofidis could also be shopping for Bryan Coquard as a sort of like-for-like replacement for Laporte in that they’re both French sprinters who haven’t won a World Tour race, even if their styles are very different. Cofidis have some budget to spare as Elia Viviani is off to Eolo. There have injuries and setbacks and he’s focused on the Olympics. The Italian sprinter won the final stage of the Adriatica Ionica Race today in a photofinish (pictured) while riding for the Italian national team which means he’s won more races in the blue jersey than with Cofidis.

One rider staying at Cofidis is Guillaume Martin. He’s been doing an altitude camp in the Jura mountains at Les Rousses, at about 1,100m above sea level. Which is not much for an altitude camp… but he’s staying at the French ski training centre which has hypoxic bedrooms so he can simulate sleeping and resting at a higher altitude. Several French cyclists have used the facilities, Romain Bardet stayed prior to the Innsbruck worlds where he finished second.

Back to bigger teams and Rohan Dennis looks set to swap Ineos for Jumbo-Visma. He could take over the Tony Martin role as the German’s career is coming to an end, a tractor to tow the peloton all day. But don’t rule him out as a top time triallist, he can thrive in the Olympic TT against Filippo Ganna if it’s a very hot day – and it usually is in August in Japan – as the Italian is so big he risks overheating.

But so far the transfer market isn’t overheating. Having tipped Almeida to go to Bora-Hansgrohe he could be going to UAE instead. Plenty of big riders are on the market starting with Alejandro Valverde – yes, he’s 9th on the UCI rankings, but surely not going anywhere but Movistar – and the likes of Geraint Thomas, Mikel Landa, George Bennett, Pascal Ackermann and many more need to be fixed which has a knock-on effect for other riders a wage bracket down, then onto the next and so on.

Lastly Prendas Ciclismo is changing its business model. The UK retailer’s been a big supporter of this site, sourcing and selling caps, socks, jerseys and more and always great to deal with Mick and Andy as owner-managers. But they’re now going to focus mainly on selling caps and as part of this they’ve got a big clearance sale on. They’ve helped a lot here so do take a look.