Not every day can be a day in the Apennines or a dash across the strade bianche. A sprint in Verona awaits. 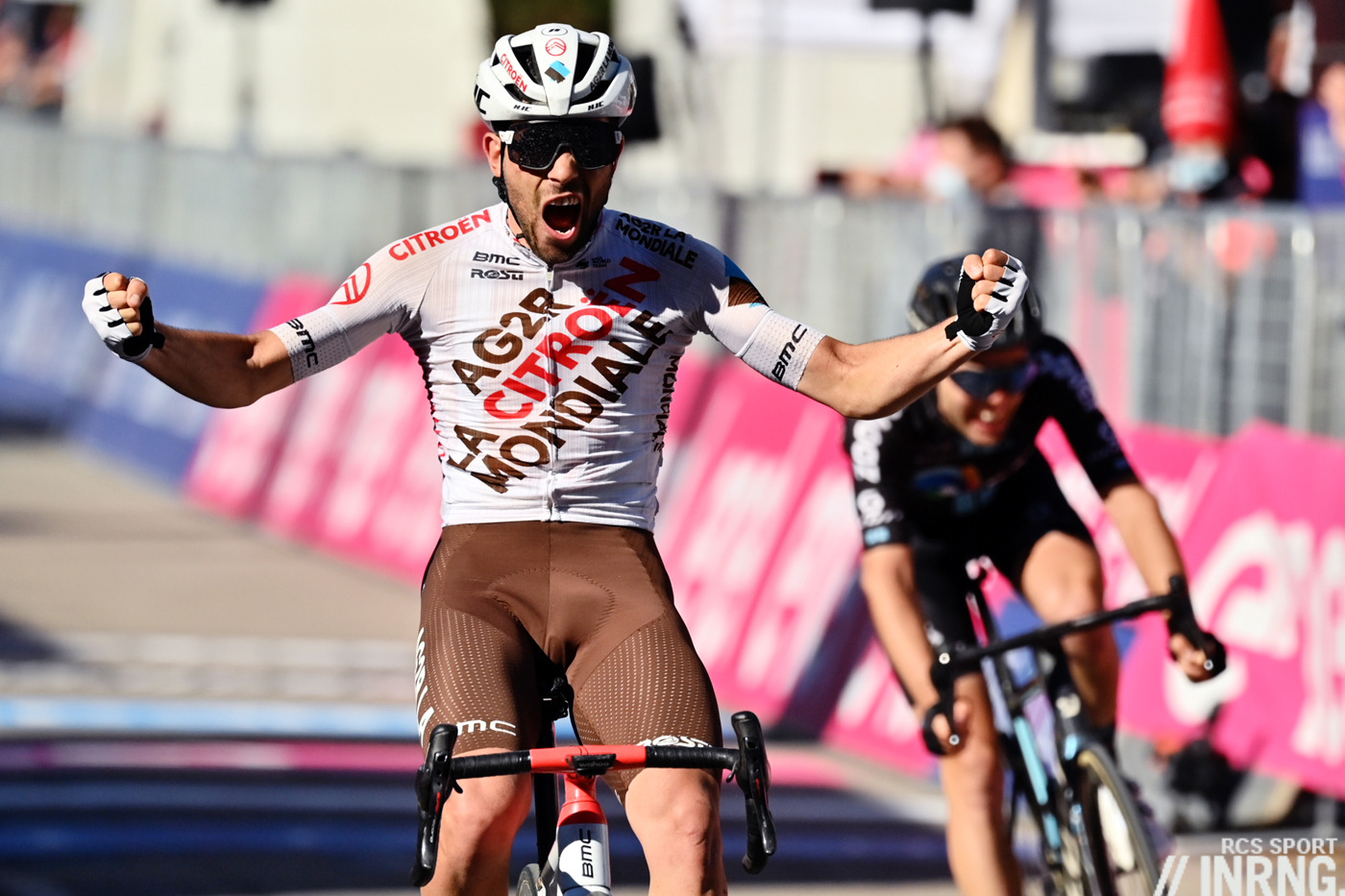 Veni, vidi, Vendrame: the postman usually delivers but one day the postino in Santa Lucia di Piave didn’t bring a letter, he brought a question to the Vendrame household: “would you like to race?”, he asked the kid on a bike. Vendrame said yes of course and won in his first race aged six and the rest is history. He kept on winning, so much that he turned pro as a teenager. Only with the modest Marchiol team in the Conti ranks, hardly Quickstep, but precocious all the same. From here the career path stops being an escalator and starts to resemble the profile of a mountain stage. Vendrame dropped down to the U23 ranks, joining the Zalf team, a squad with a vintage jersey and a tradition of winning. Hardly a demotion but Vendrame took this as a setback. Then a training crash ruined things and he needed facial surgery and rehab. It’s easy to drop these injuries into sentence and skip on to the next win, jumping over the months of downtime. But let’s dwell for a moment, Vendrame had it hard, he joked he was the Joker from Batman with his distorted face. When he did ride, the skin grafts could not sweat so his face felt like it was overheating. Imagine that for a whole summer. He got back on the bike and after a second season with Zalf the Androni team came knocking. He turned pro alongside Egan Bernal and got to ride the Giro as a second year pro. He also impressed Ag2r La Mondiale – winning the Tro Bro Leon – who were after a house Italian to replace the likes of Matteo Montaguti and Domenico Pozzovivo. He’s now on his fourth Giro and finally lands a big win and there should be more. 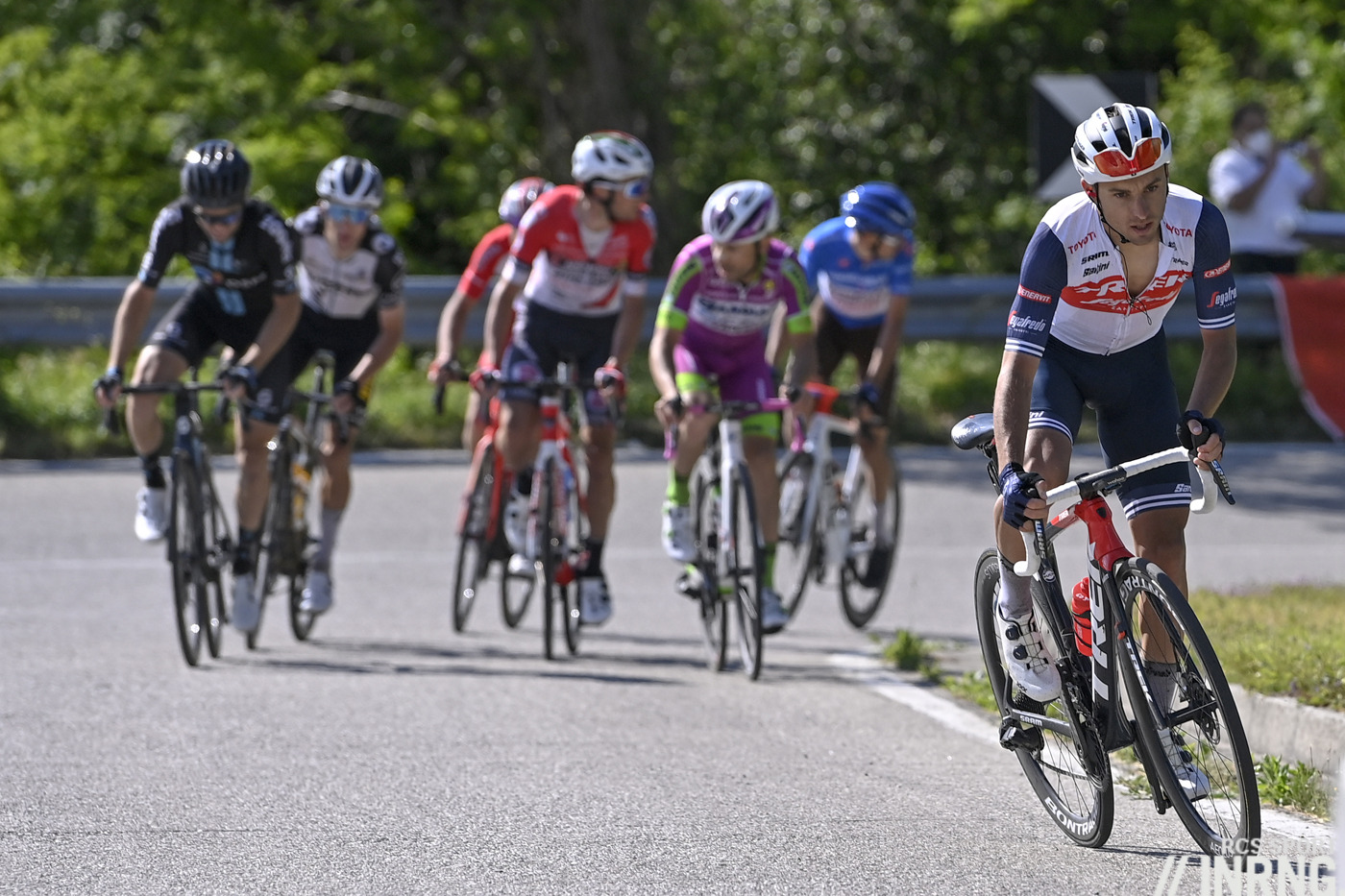 It was also a bonus day for Ag2r Citroën as Geoffroy Bouchard was in the big breakaway too and took his points tally in the mountains competition from 51 to 96. After the climbs thinned down the move, the final ascent of the Passo de Carnaio gave us a puncheur with three climbers. Vendrame made it over the with George Bennett, Gianluca Brambilla and Chris Hamilton and he looked the most likely to win. But how? Brambilla – a Zalf alumni too – was probably the most dangerous but when Chris Hamilton drifted off the front Brambilla who’d made so many moves until then didn’t budge and got in a stand-off with George Bennett and the two cancelled each other out. It left Vendrame to finish off Hamilton in an easy sprint.

The Route: 198km and not much to write home about. Yes, it’s flat and featureless but if they’d put a climb in somewhere it’d still be a bunch sprint in Verona.

The Finish: a big boulevard run to the line. Soon after the 3km to go sign there’s a roundabout and the race goes around the right which is longer, as if designed to help stretch out the peloton. Then it’s past the city gates and to the line.

The Contenders: it looks like a route for a Dutchman so why not Dylan Groenewegen (Jumbo-Visma)? Fernando Gaviria (UAE Emirates) is always close and if his leadout Seba Molano can play postman rather than freestyle street artist then he can deliver Gaviria to the win. Peter Sagan (Bora-Hansgrohe) doesn’t have to win, just place but in surfing the wheels and waiting until late he can pounce. Giacomo Nizzolo (Qhubeka-Assos) is always close but how to win?

Elia Viviani (Cofidis) is the local but this doesn’t give him any advantage, just a nice story if he can win. He’s from Verona and if the Giro’s visited in recent years, it’s been for a time trial and knows today is a special occasion. He’s also been picked as the flag carrier for the Italian games in Tokyo which is a fine honour and if good luck comes in three’s, then maybe today is the day.

TV: the finish is forecast for 5.15pm CEST. Tune in earlier at your peril.