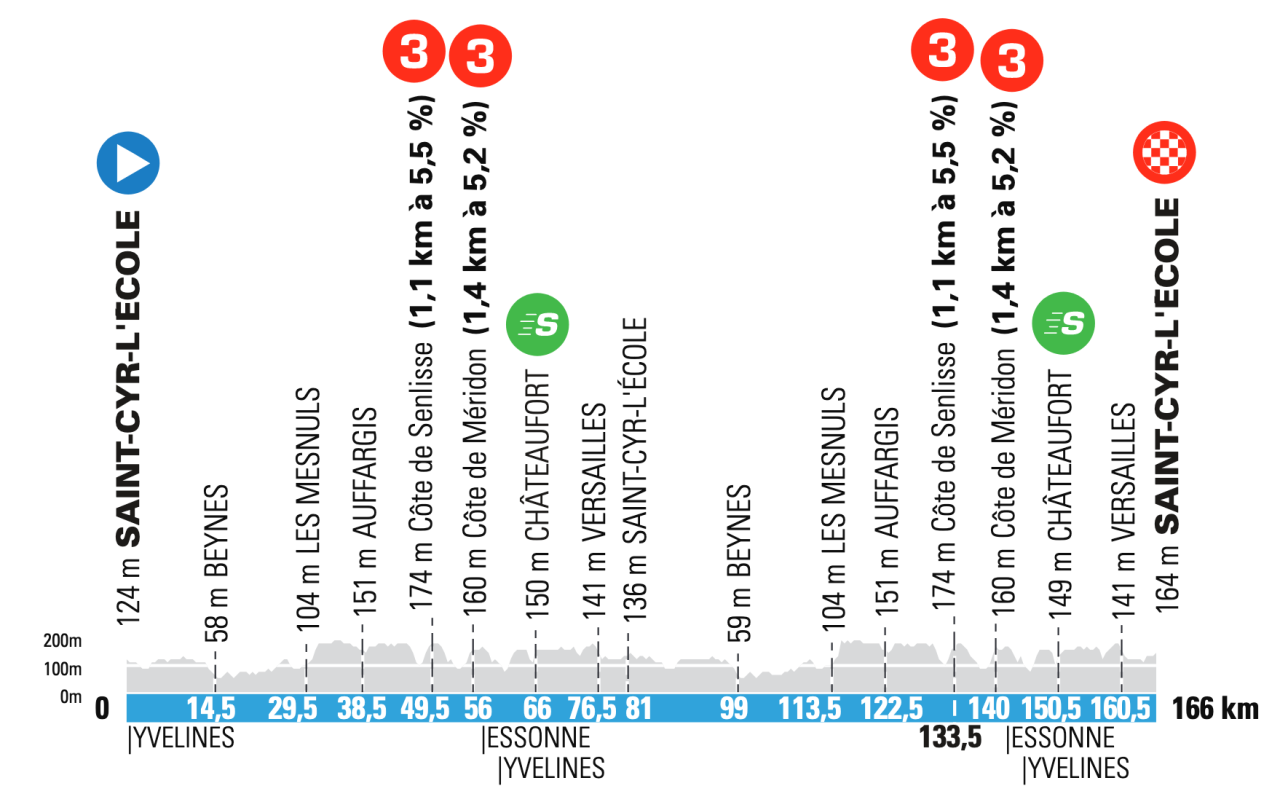 A circuit race west of Paris to get the race underway and an uphill finish to make things tough for the dragstrip sprinters.

The Route: a 165km circuit race west of Paris with two large laps that have everything from rural lanes to urban streets with Haussmannian architecture and a passage by Versailles before a finish in Saint-Cyr, famous in France for its military academy (think Westpoint or Sandhurst for US or UK references) but which moved away long ago. There are two categorised climbs but as the profile shows there’s more climbing all day. The final climb up to Versailles is a drag on a big road and a sprinter can sit tight on the wheels.

The Finish: the race leaves the circuit within the final kilometre for a short uphill spur. It’s on a big boulevard and rises at 3-4% to the line.

The Contenders: normally Arnaud Démare would be an easy pick today, he’s won the opening stage of Paris-Nice before, he’s on home soil, the hills on the circuit and the uphill drag suit him and he’s got his lead out train with him. But he’s not won so far this season and hasn’t looked so convincing when he’s lost either. Sam Bennett (Deceuninck-Quickstep) looked much more reassuring in the recent UAE Tour and he’s just as good on an uphill finish as on a dragstrip but it’s one thing to win in the desert, another to do it on a chilly day west of Paris.

Weather: weak sunshine and a top temperature of 7°C. A 15km/h wind from the NE won’t be enough to split the field but helps put a lid on some late attacks on the run to the finish.

TV: the finish is forecast for 5.00pm CET. It’s on France 3 for locals and VPN users, or Eurosport/GCN for most of the rest of the world and NBC Sports Gold in the US.

Previous post: The Moment The Strade Bianche Was Won