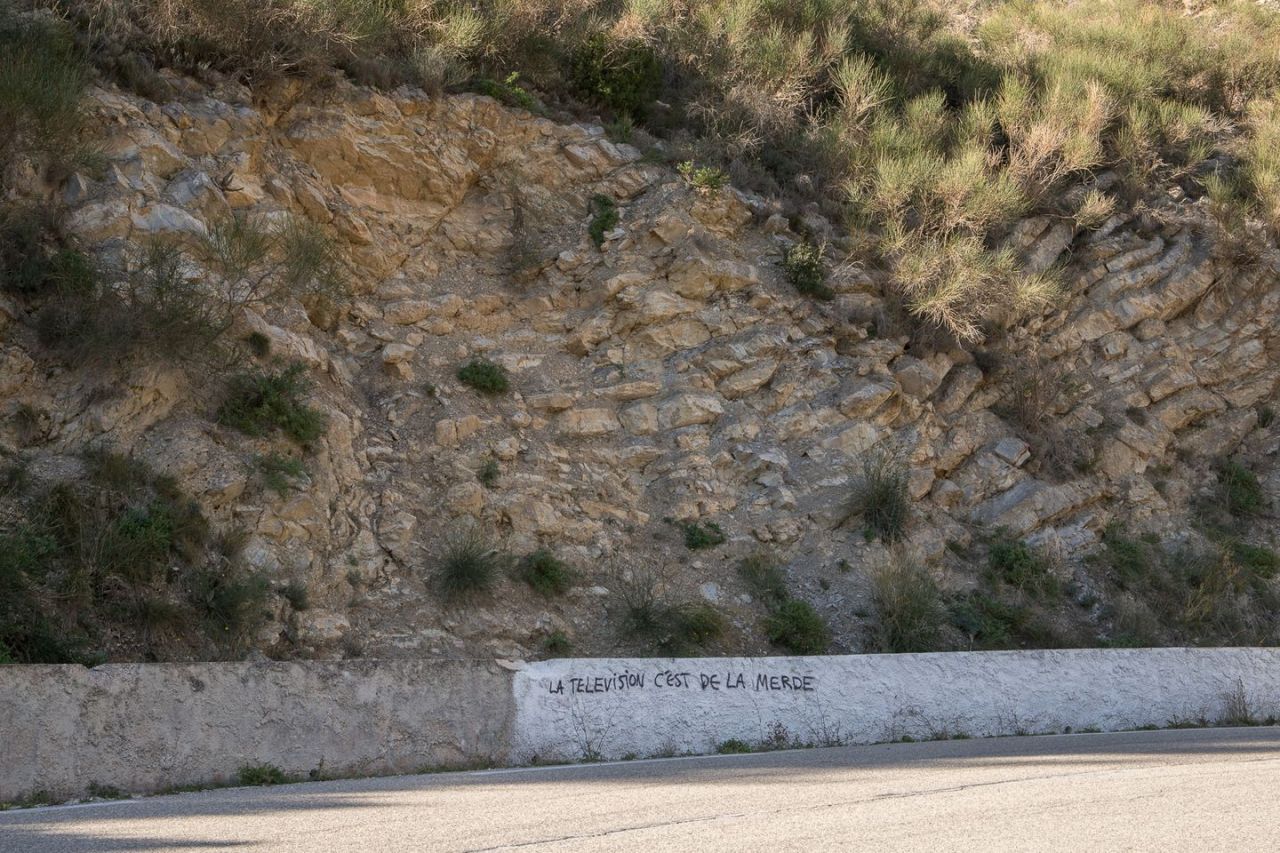 Many races have been zapped from the calendar already but the season-opener in France, the GP La Marseillaise is set to go ahead in just over two weeks’ time and better still it’ll be on TV, a first.

Regional TV and the stream will be shared worldwide with Eurosport. Assuming it goes ahead of course but it’s still on and recent restrictions announced by the French government impose an evening curfew but don’t stop a bike race. It’s said to be a race not to win as the winner is cursed or more realistically to win in January means you’ve hit form too early or you think you’re on top of things and ease off… or both. But Benoît Cosnefroy won last year and seemed to have a decent season.

Staying with TV, the Amstel Gold Race has thrown its lot in with Flanders Classics as part of a package deal for international TV rights to be managed by Swiss firm Infront (which also part-owns the Tour de Suisse). It shouldn’t change much for viewers but makes sense as the Dutch race won’t be a standalone event trying to sell its rights. It leaves the E3 as the only major classic out by itself now. It also marks a further step forward for Infront in cycling.

Cofidis are to launch a women’s team. What sort (World Tour or not) remains to be seen but the French squad will build on its men’s World Tour team and its paracycling team. Is is the effect of the women’s Tour de France already? This race is due to be unveiled later this year but a flagship event in France with mainstream TV coverage should be a pull factor for sponsors to launch teams. Next is who to recruit, French riders are employed elsewhere and the likes of FDJ-Nouvelle Aquitaine-Futuroscope in the World Tour, plus Arkéa’s squad already have an interest in signing strong domestic riders. A nice problem and interesting that the market could go from little demand to tension in the space of a couple of years. 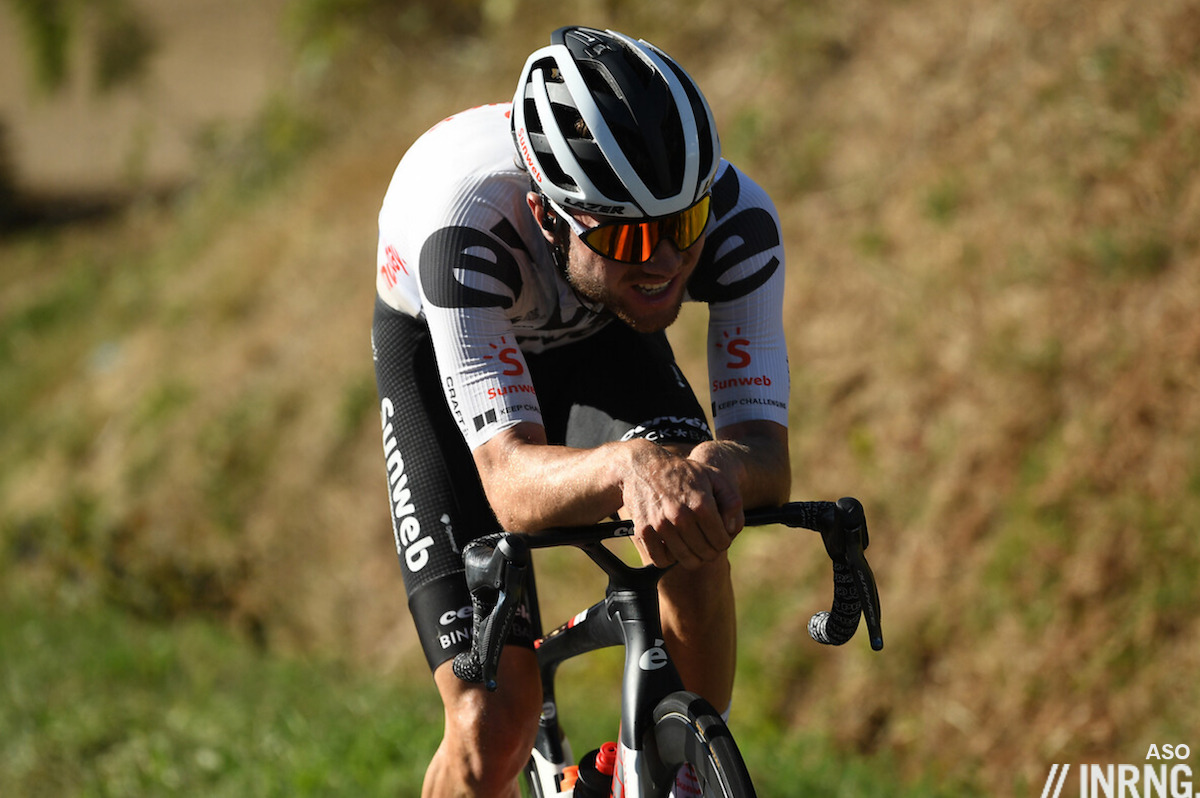 Talking of contract moves Marc Hirschi‘s move is a big deal. He was featuring in photos for Team DSM at the start of the year and then within days joins UAE Emirates. Team transfers of riders under contract can happen and you can see why this one did: UAE Emirates are flush with cash and probably the second biggest budget after Ineos, still some way behind. Meanwhile Hirschi is worth millions but earning thousands. DSM may wish to retain him to the contract but better to “sell” him on for a tidy fee rather than retain a sulking rider. There is a transfer window, either the first half of August or for a change between seasons – which applies here – up until the 31 December so Hirschi’s deal had to have been rushed through over the Christmas holidays. The next question is how he fits in, for example do UAE team him as a stage hunter to the Tour de France? 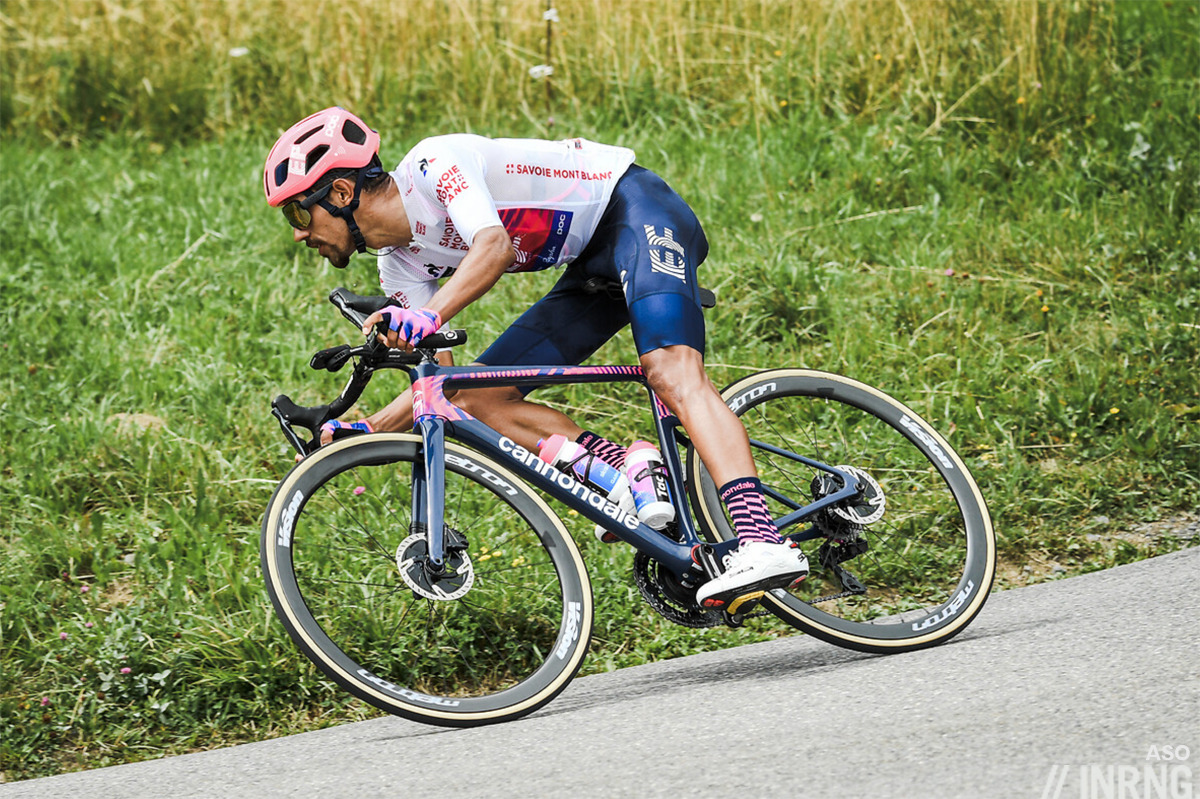 The bigger question is whether Hirschi’s move is indicative of wider trends. Many riders are signed on longer term deals, a few years ago a three year deal was exceptional while now it’s common for important riders and some neo-pros alike. Events will happen and we should see more contractual moves and the big teams paying a premium to buy out riders. For example Dani Martinez (pictured) has moved to Ineos before his contract ran out.

One rider set to stay put is Wout van Aert with La Gazzetta Dello Sport reporting he’ll stay with Jumbo-Visma until the end of 2024 despite talk of Ineos being interested. WvA is the perfect fit for Jumbo though, a Belgian rider on a Dutch squad to help accompany the Dutch supermarket’s expansion into Belgium and that’s before the sprint, classic and time trial winning capabilities, his winter’s spent in cyclo-cross, and his role as a helper too.

La Gazzetta has also reported Egan Bernal wants to ride the Giro d’Italia. Now there’s an element of every rider being interviewed by an Italian paper saying they’d love to ride the Giro and we’ll see what plans Ineos have. But it highlights how squad have recruited so many riders this year their problem is there are only three grand tours to deploy them in how to manage the ambitions of Bernal, Thomas, Geoghegan Hart, Adam Yates, Sivakov, Martinez and Carapaz? Presumably bring two co-leaders to each grand tour and work around that. 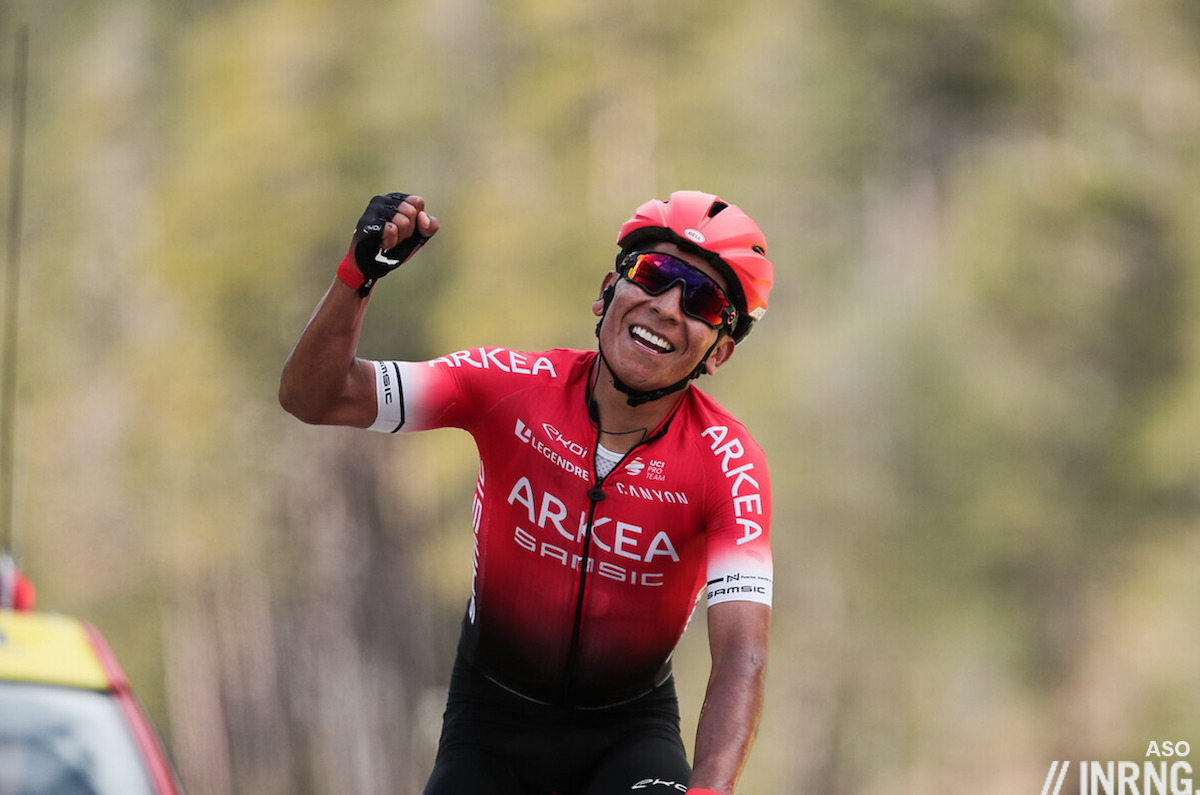 Another Colombian said to be interested in the Giro is Nairo Quintana. But given his team Arkea-Samsic need a wildcard for the Tour de France, have French sponsors and have yet to win a stage of the Tour de France so it’s hard to see them focus on May rather than July to put it mildly.

At the other end of the market Davide Rebellin keeps on riding, a curiosity as much as an athlete. But he might be running out of road with his team, Eurosport reports the Cambodia Cycling Academy outfit is under investigation from the French Ligue, the body that oversees pro cycling in France and the UCI. Investigation though as in making some calls and enquiries rather than about-to-be-convicted and cycling’s third tier of teams is a bit of a wild-west almost by design as it’s a pro-am scene. 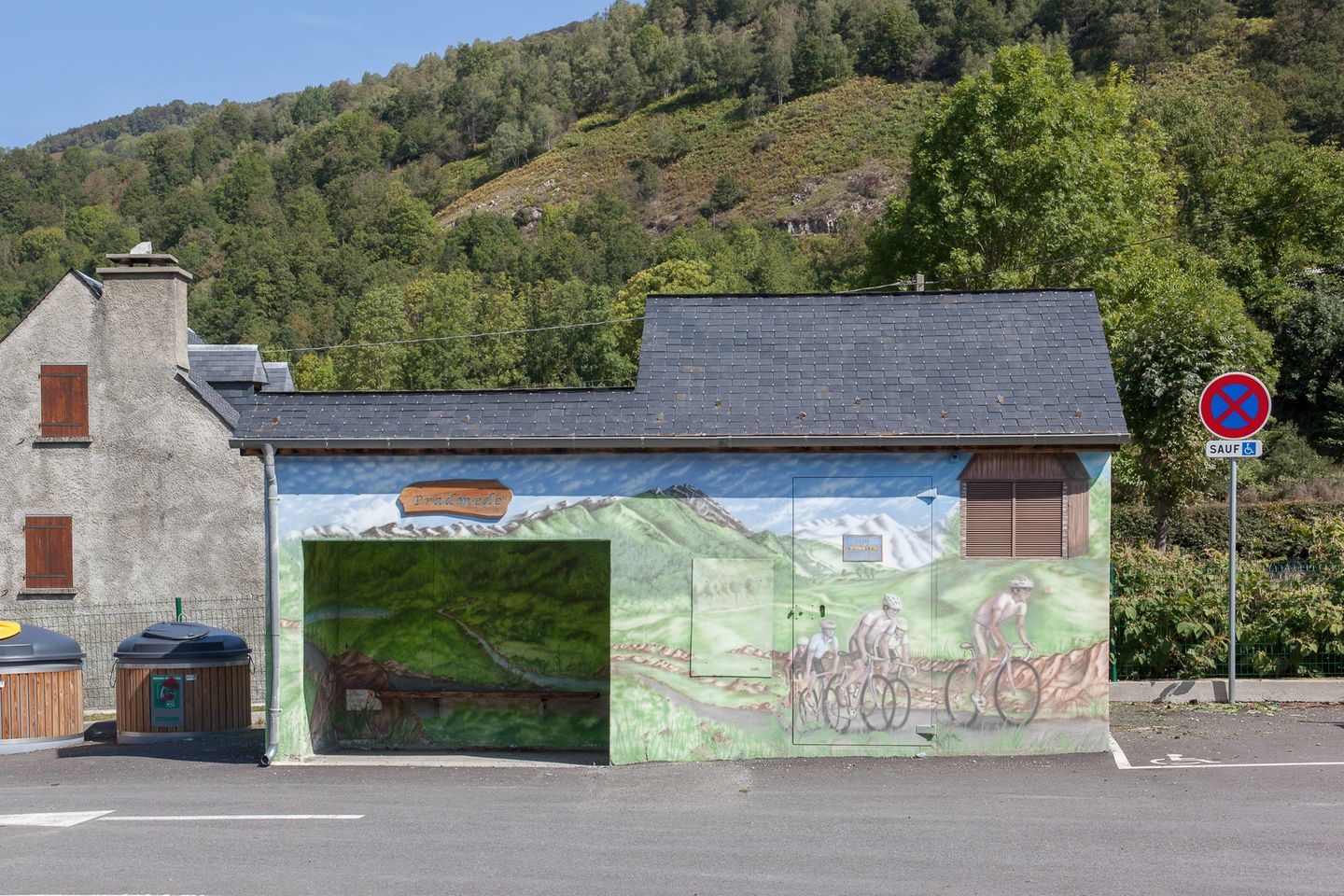 Finally, back to the first photo at the top. You might be missing riding in France or want to day dream about it? Many are limited to surfing the landscapes instead thanks to an art project by two photographers, Nelly Monnier and Eric Tabuchi called the Atlas des Régions Naturelles which probably doesn’t need translation. It’s across two websites with atlasrn.fr as a front page with over 100 images to browse. Or with a big screen go to archive-arn.fr and chose your small region, theme or something else and then click on “rechercher” on the top-right. The images are mostly blunt and bleak but this is rural France as it is rather than the postcard scenes, to browse many of these images is to go for a ride out of season. If you watch the GP La Marseillaise on the last Sunday of January time look out for the spot in the top photo as it should be on the route.

Previous post: How Did The Riders to Watch for 2020 Do?