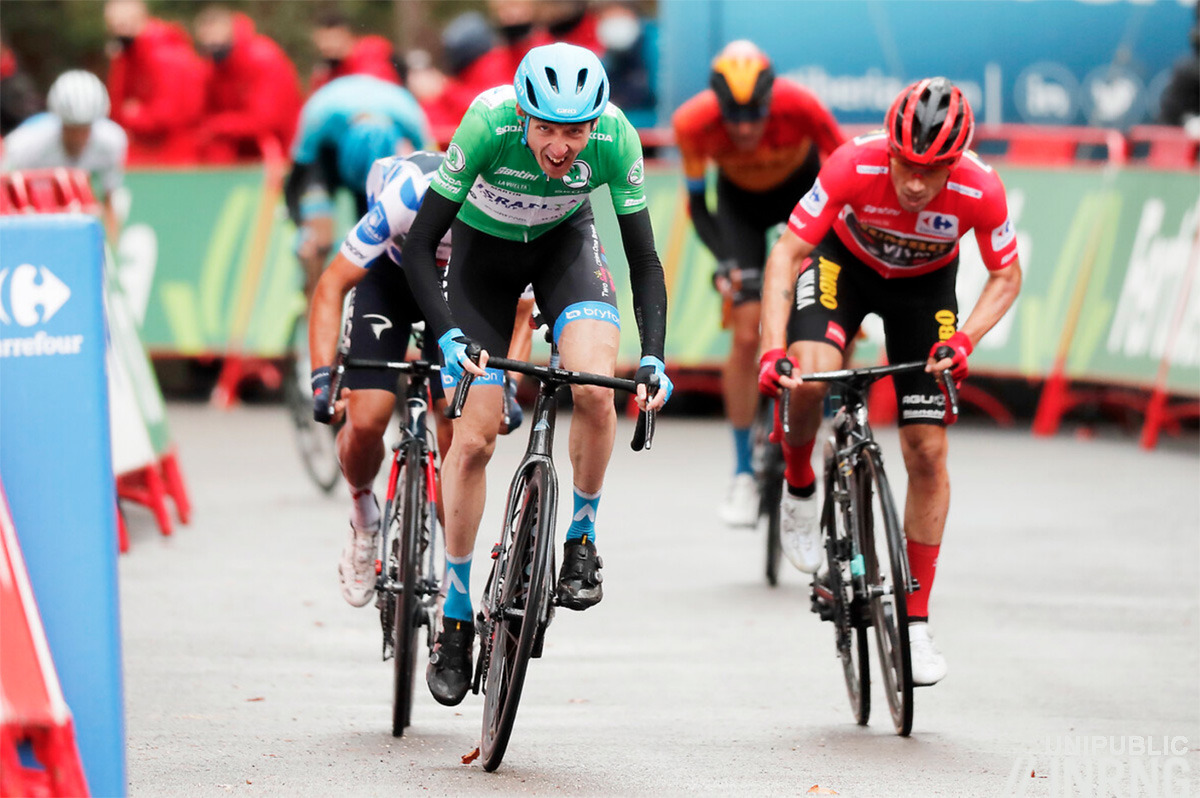 No Vuelta previews in case you’re wondering. The Dauphiné-Tour-Worlds-Giro stint is plenty, previews take up more time than anything else with recon rides, poring over maps and so on and there’s been no opportunity to visit Spain to check out the unfamiliar roads either. It’s proving enjoyable to watch though.

Giro director Mauro Vegni is still sore about the treatment he got from the teams in the Giro, calling on the UCI to sanction Jumbo-Visma for leaving the race, and for EF Pro Cycling’s going over his head to the UCI to ask about ending the race early. No chance. The UCI has already said it’ll be relaxed on rules when it comes to Covid, and Vegni probably knows this but vented anyway. However he’s said before he adjusts the compulsory “participation allowance” that grand tours pay to teams, it seems there’s a base rate and a top-up if star names come. He’s free to scale this back.

Talking of supplemental income sources for teams, Mitchelton-Scott could be leaving the Velon group of teams reports Dutch website Wielerflits. There’s no story why for now. Perhaps it’s just not been the money-spinner it was hoped for by its founders? The big deal is whether they can sue the UCI, not to make money from it but as a power play and they’re trying to put a case to the European Commission but this is a long range matter, it takes years.

To shorter term issues and another story with a single source: Gianni Moscon still has a year left on his contract with Ineos but could be leaving early, so said Gianni Bugno during RAI’s Giro coverage and so take with a pinch of salt but Bugno’s also the CPA union boss so should know contract news better than most. If he is going where to isn’t known, his reputation precedes him but there’s a talent to work with all the same if he grows up. 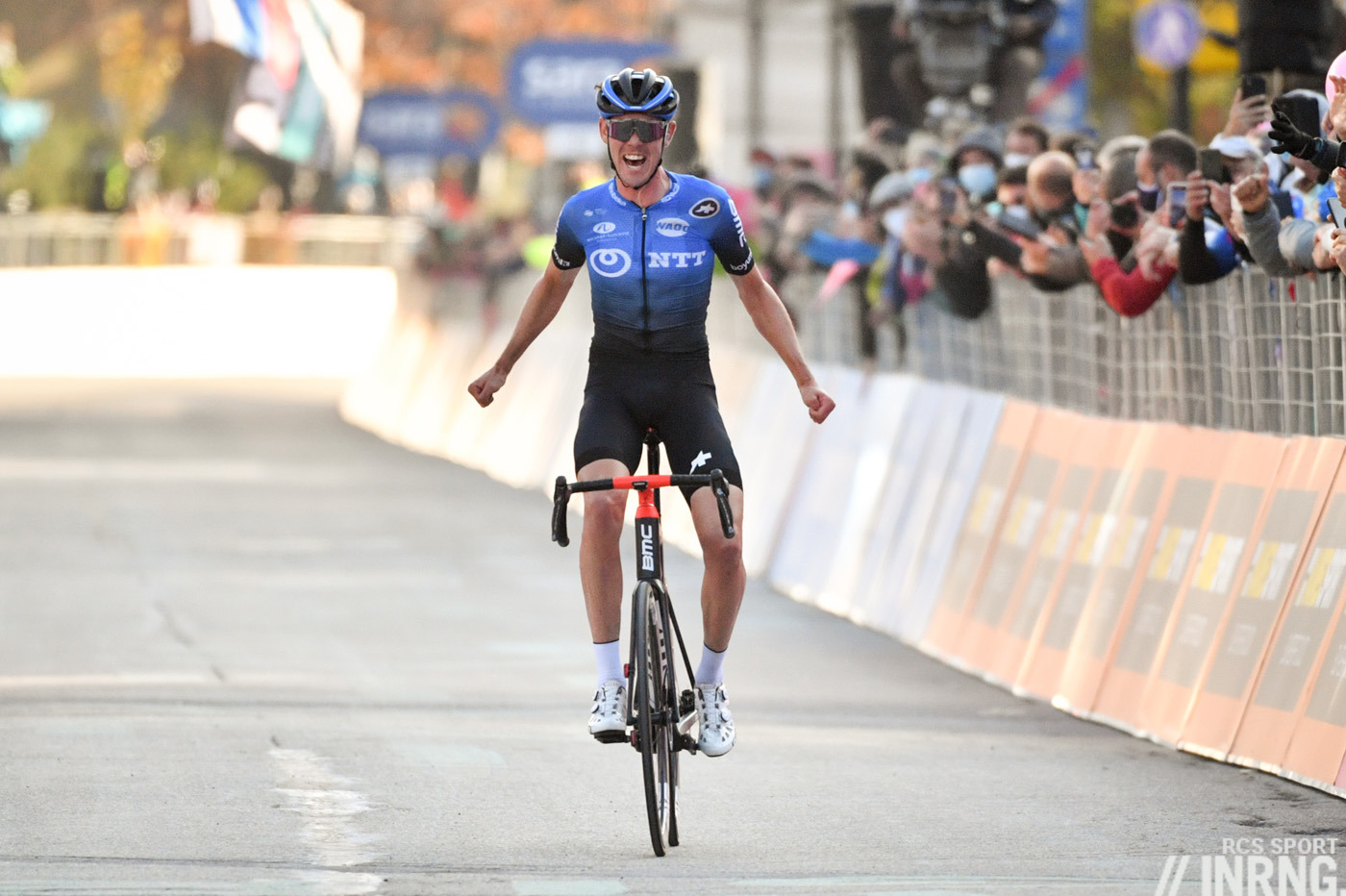 Seeing Ben O’Connor and Ryan Gibbons land contracts with Ag2r La Mondiale and UAE Emirates is good news for them, but bad for NTT’s future as the team’s lost two prize assets. It doesn’t bode well for the team who need a replacement sponsor in a hurry, as in now because the UCI is reviewing their licence at the moment. One other option is to sell the licence to an ambitious ProTeam in cycling’s second tier. Circus-Wanty bought CCC’s licence. It doesn’t have to be expensive, the Israel team bought Katusha’s licence for one dollar.

But who wants to move up? Alpecin-Fenix top the tables as the best “ProTeam”, ie the best squad in cycling’s second tier. As such they’ll get an automatic invite to all the World Tour races for 2021, an invite but not the compulsion to ride so it’s the best of both worlds, they can cherry-pick the calendar without having all the extra regulatory and roster costs. If NTT don’t survive then Arkéa-Samsic will also get the same invite as Alpecin-Fenix because they’re the second best ProTeam and the rules say it’s normally for two teams (this year was exceptional with 19 World Tour teams so only Total Direct Energie got the golden wildcard).

These invites include the right to start the Tour Down Under, but will it happen? We should know in a week’s time as the race is reviewing the travel restrictions and quarantine laws in Australia. As things stand visiting pros and team staff could be required to isolate on arrival and this is impractical, yes riders could train indoors in hotels but given the quarantine would last longer than the race it sadly points to the event being reduced to a local cycling festival, or postponed to 2022. Some Australian pros will be wintering in Europe as being able to return next year isn’t a given.

Things are more immediate. Normally the season would have ended now and teams would be holding 2021 preparation meetings, the kind where new recruits are measured for their new bikes and kit, race schedules get sketched out, admin gets done in the day and there are bonding exercises in the evening. It’s often the only time when a rider can see all their team mates, as when racing in the following season they can have totally different programmes to others. Now these get-togethers are being postponed and could be probably impractical for many riders too given increased restrictions on travel and meetings in Europe. It’s not a big deal in the scheme of things but shows how the season might be ending but the virus isn’t.

In the background in Britain we’ve got the hearings for Dr Freeman, formerly of Team Sky. It’s hard to know what to make of it, essentially it’s an inquiry as to whether he’s fit to be a medic rather than a review of British Cycling and Team Sky but UK Anti-Doping are taking part. Some of it is embarrassing bordering on vaudeville with talk of Shane Sutton’s erectile dysfunction treatment but there’s a serious side as presumably if Sutton was treated for any medical condition as part of Freeman’s private practice then there ought to be notes, prescriptions, correspondence and other paper trails. The same goes for a cycling team when it comes to the medical files of their top riders but these seem to have all been on one person’s laptop alone with no cloud copy, no back-up, no email sharing. One to watch and hopefully the hearings can reach a conclusion without any further postponements.