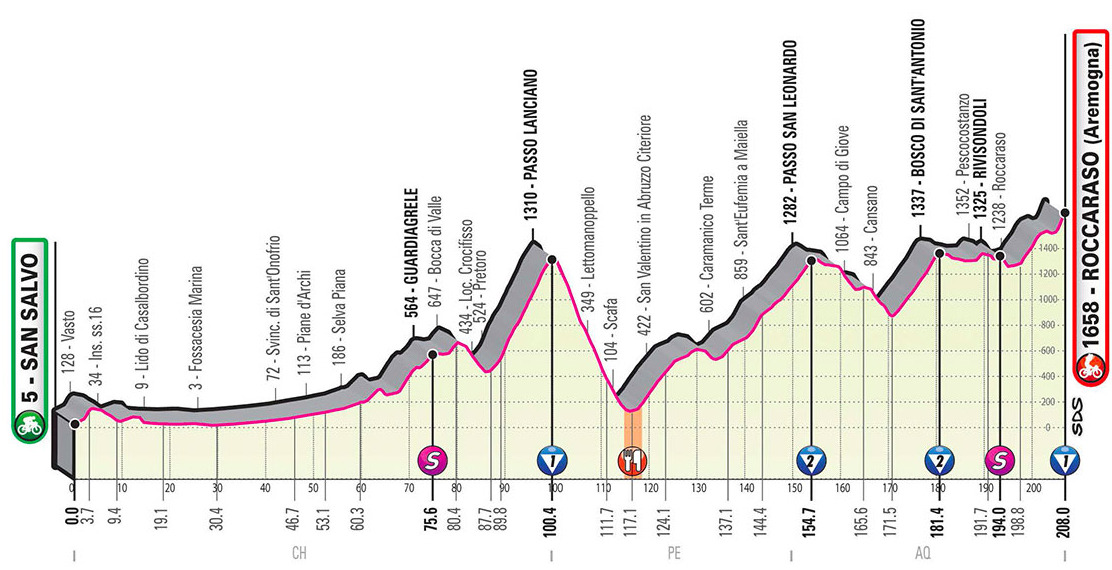 A mountain stage into the Apeninnes, this is a hard course with hardening weather conditions. 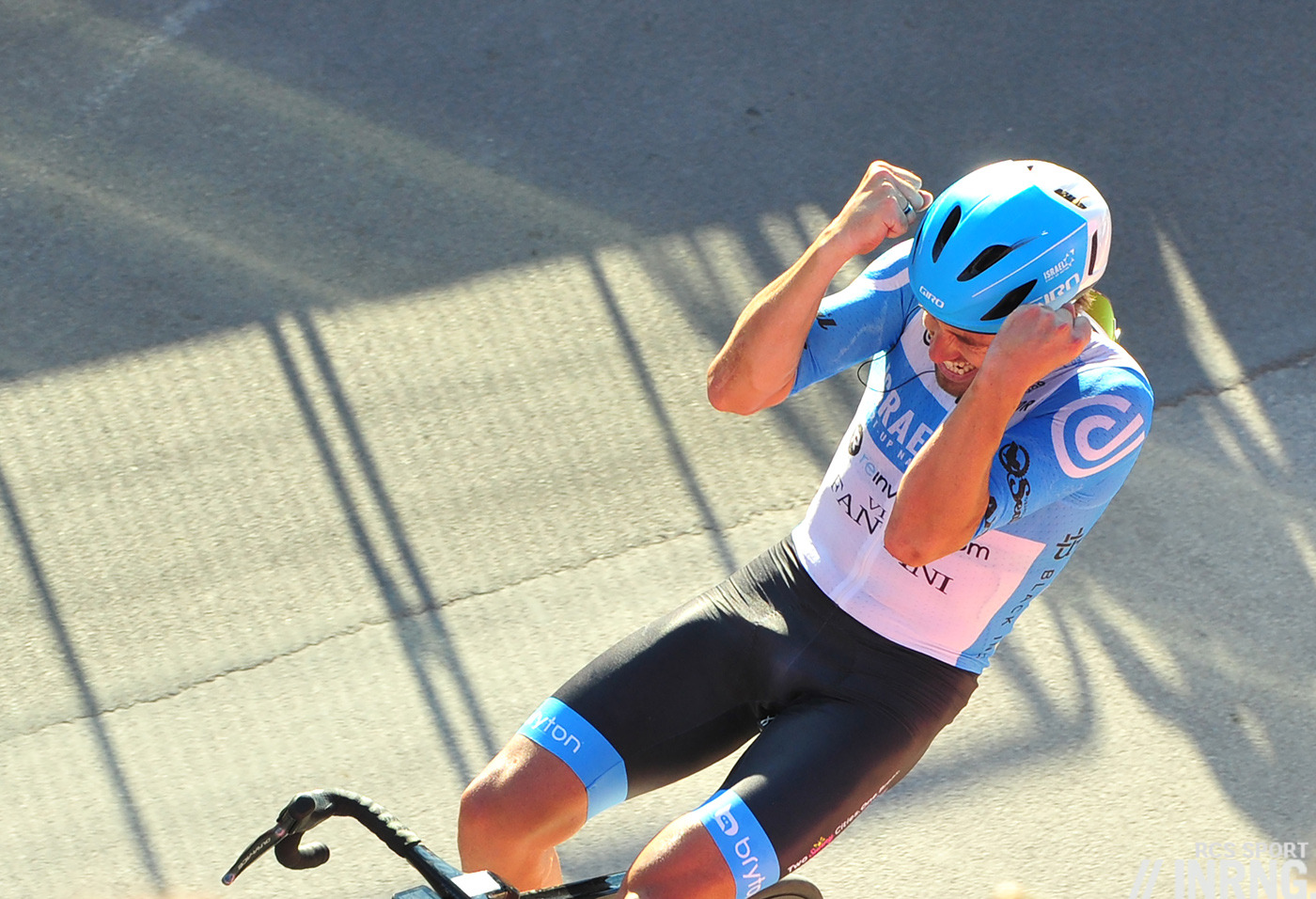 Easy Dowsett: the breakaway stayed away, the presence of strong riders up might have tipped the balance in deterring some teams from picking up the chase. Israel had two riders in Alex Dowsett and Mathias Brändle, but how to win a hilly finish? Dowsett launched the first move and after a few moves from others, Dowsett went again, this time in a sort of sneak attack, he was seated and arms on the tops of the bars as if he was touring. But like a duck gliding across a lake, down below the legs were putting out the power and he got the gap and went solo for the win. Winning is typically portrayed as joyful but often it’s a more a feeling of relief, of finally completing a job and Dowsett gave an emotional interview, “I don’t have a contract for next year right now, and I’ve got… Chanel and I have a baby on the way in January so I can’t tell you how much I’ve been worrying this year about what I’m going to do next year“. Otherwise the stage news – at least RAI’s post stage coverage – was dominated by Simon Yates’ withdrawal from the race following a positive Covid test, the Briton has left the race but the fear is contagion.

The Route: 208km inland to the Apennine mountains and some familiar places from past editions of the Giro and Tirreno-Adriatico with Guardiagrele on the way to the Passo Lanciano, arguably the hardest climb of the day but it comes early and is mainly 7-8%. The rest of the day’s climbs are often 4-5%, a gradual slog but it all adds up to over 4,000m of vertical gain and in cold conditions today.

The Finish: a 10km climb but a gentle gradient until two kilometres to go when route heads out of Roccaraso and for the ski resort above, here the slope hits 7% and then gets to 12% closer to the line with some snaking hairpins just before the finish. It’s the same ski resort as when Tim Wellens won in 2016 but the finish is slightly different, there’s an extra kilometre stacked on top and it’s steeper.

The Contenders: the breakaway has a good chance and we might have two races for the price of one. Thomas De Gendt (Lotto-Soudal) has probably withdrawn his legs from sale, he’s going much better now. Other names include Larry Warbasse (A2gr La Mondiale), Ruben Guerreiro (EF Pro Cycling) and Jonathan Castroviejo (Ineos)

Among the GC contenders the uphill finish is short and steep so Patrick Konrad (Bora-Hansgrohe) and João Almedia (Deceuninck-Quickstep) both have a good chance as they’re more punchy than the more obvious, big GC names but it’ll depend how the stage is ridden, if it’s hard all day then look to Jacob Fuglsang (Astana) and Rafał Majka (Bora-Hansgrohe) as well.

Weather: a big change from yesterday, rain clearing and it’ll be cool, 18°C tops in the valleys, less at altitude with just 8°C at the finish.

TV: the finish is forecast for 4.30pm CEST. There’s also the mysterious Gent-Wevelgem today, no route and timing details have been published, and Paris-Tours with an early finish around 2.45pm CEST.