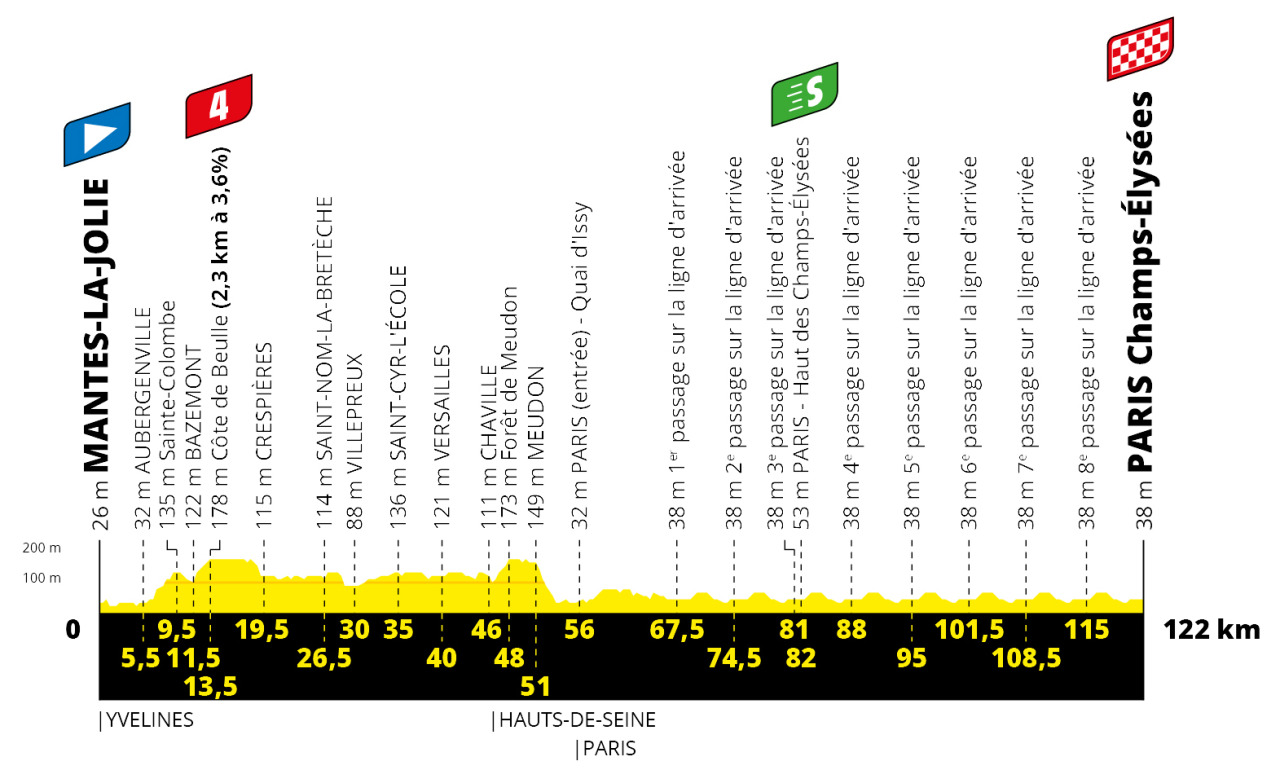 The race reaches Paris with a parade that turns into a criterium, once again the riders of the Tour de France get the Champs-Elysées closed for them, a privilege usually reserved for visiting heads of state. 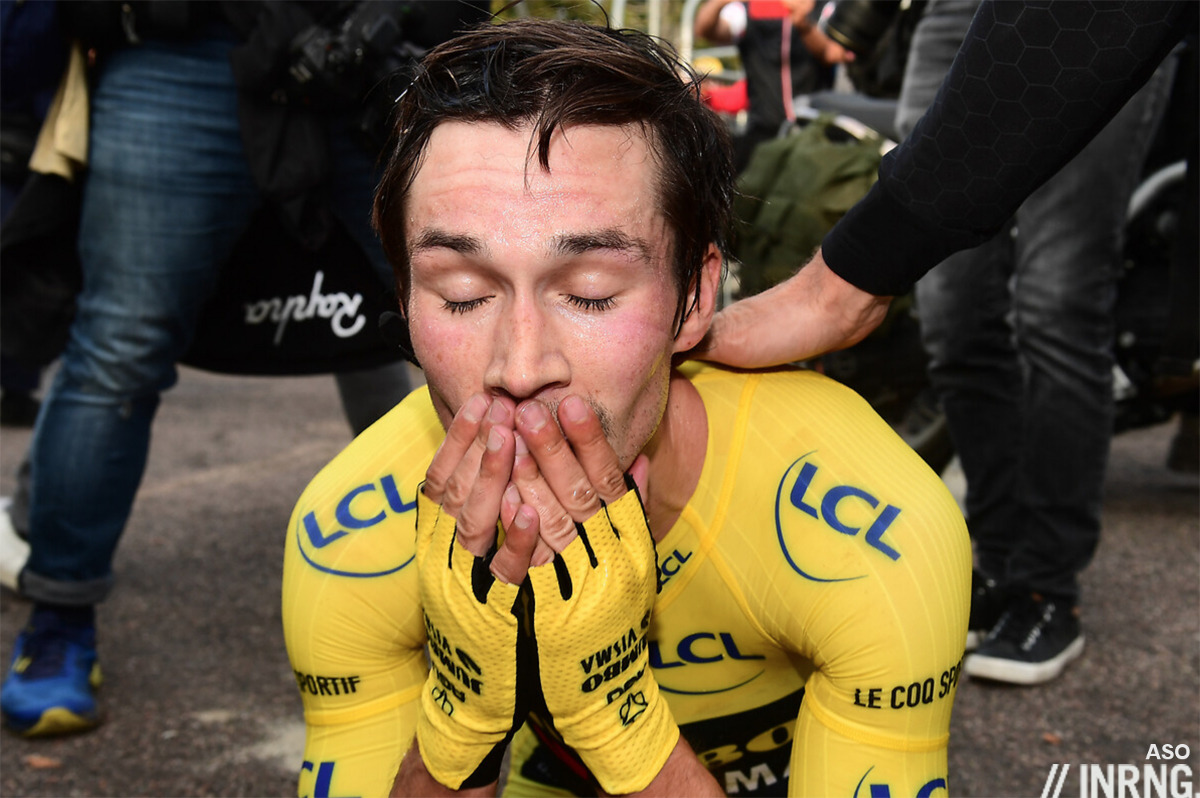 Poga-Czar: the glorious uncertainty of sport. Chances are if you’ve come to a niche blog you know what happened in the Tour de France already. Tadej Pogačar set off at a fast pace and quickly took 20 seconds on Primož Roglič. A fast start to pressure the yellow jersey into responding and over reacting? The closer to the foot of the Planche des Belles Filles, the more time Roglič was losing but he still had a cushion. Onto the climb with 5.9km to go, the gap was up to 36 seconds, meaning Pogačar needed 21 seconds to claim the yellow jersey. Roglič made a bike change. his cushion was vanishing and while the TV GPS time gaps were going up and down the trend was clear: Pogačar was rocketing. As the UAE rider was soaring, the yellow jersey looked pale. Roglič was pedalling like a child on a new mountain bike who hasn’t worked out how to change gears, his feet spinning but hardly moving forwards. He’d finish almost two minutes down, one of the biggest surprises in the Tour for years and leaving Jumbo-Visma stunned, the Dutch team had controlled so much of the race and triumph slipped through their fingers.

Comparisons with 1989 and the close, thrilling finish seem inevitable but back then a few newspaper articles tipped LeMond for the overall win on the eve of the final time trial in Paris, yesterday morning almost nobody thought Pogačar would do it. Roglič looked invincible… until suddenly he wasn’t with 5km to go although with hindsight perhaps 57 seconds for a 36km time trial was a headstart, rather than a guarantee. Elsewhere the other collapse was Miguel Angel Lopez, over six minutes down and falling off the podium as if Bernard Hinault had taken a dislike to him, “Superman” slipped to sixth overall as Richie Porte climbs onto that precious podium spot. 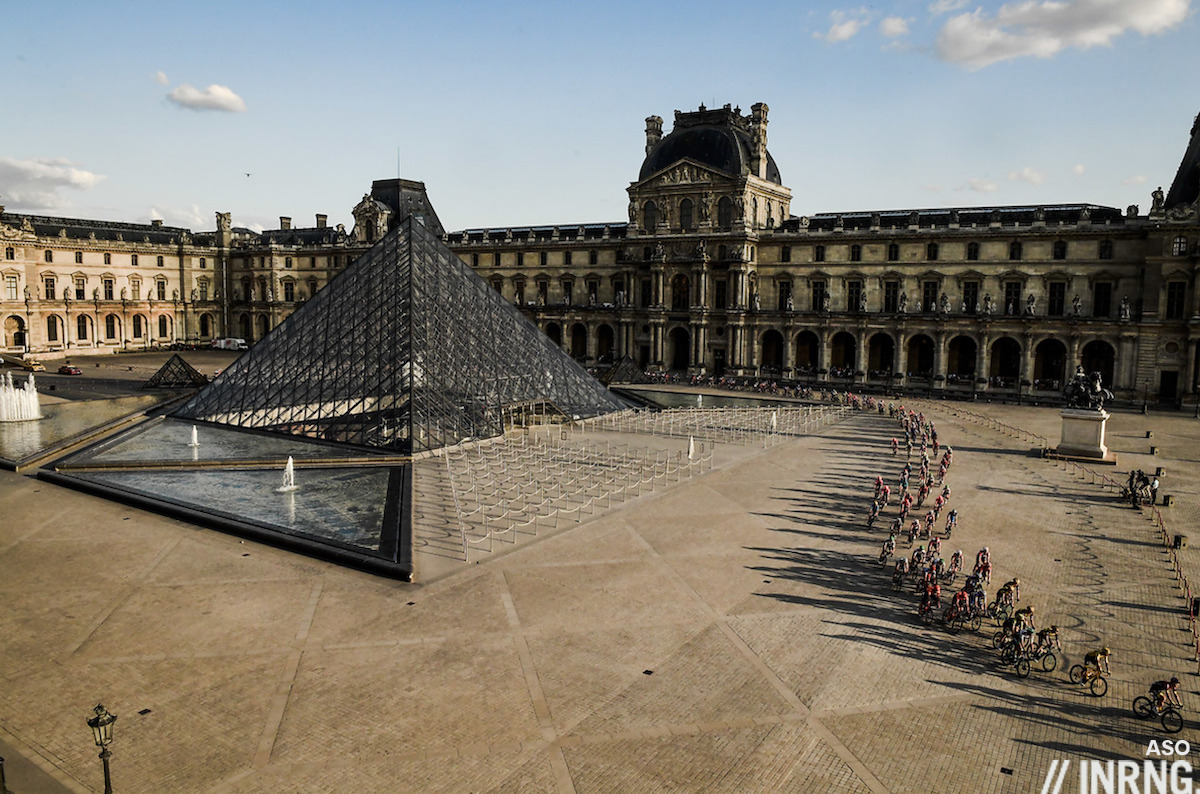 The Route: a ride from the dormitory town of Mantes-la-Jolie across the Yveslines department, a popular area for Parisian cyclists, and into the capital. There’s not much point trying to decrypt the course as it’s a parade into the capital although there’s nothing to stop Jumbo-Visma trying to split the field if they want.

The Finish: a tour via the Louvre courtyard (pictured) and the Tuileries garden like last year, then eight laps of the Champs-Elysées. There are urban cobbles and the finish is slightly uphill and positioning is key to get momentum coming into the finish.

The Contenders: a sprint finish is the obvious scenario, we’ve only seen attacks work in 2005 and 1994 since 1989’s time trial finish, still watch Rémi Cavagna (Deceuninck-Quickstep), Nils Politt (Israel) and Greg Van Avermaet (CCC) just in case. Caleb Ewan (Lotto-Soudal) and Sam Bennett (Deceuninck-Quickstep) are the standout sprinters here. Wout van Aert (Jumbo-Visma) can aim for his third stage win, it’s not like the team have anything else to do now. Alexander Kristoff (UAE Emirates) won here two years ago and could bookend his Tour. Sunweb have had a great tour but it’s not over yet, Cees Bol can still win a sprint. The outsider pick is Luka Mezgec (Mitchelton-Scott) and not because he’s Slovenian, but he’s won the final stage of the Giro before, his team will be all in and he’s good for a long sprint at high speed rather than a sprint out of a tight corner.

TV: live coverage from the start at 3.45 CEST to the finish forecast around 7.00pm Euro time. By all means watch from the start but if you complain there’s no action for hours then you’ve probably got yourself to blame. Aim to tune in for the final hour.