The longest stage of the race and the last chance for the sprinters before the mountains appear. 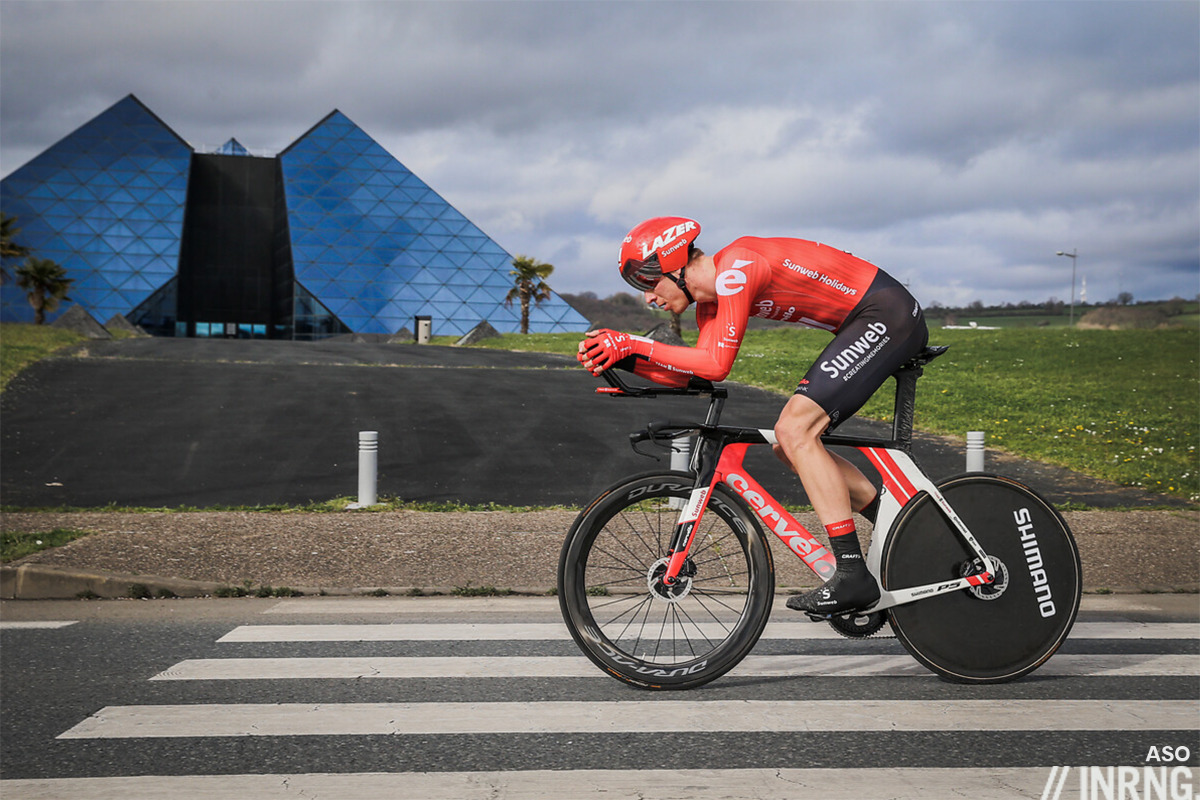 Two winners: a stage win for Søren Kragh Andersen and a surprise, he’s never won a time trial as a pro but has featured in plenty of top-10 so it was a matter of time. The next winner was Max Schachmann who finished second on the stage but first of the GC contenders and by some margin, and 40 seconds clear of Sergio Higuita, his next rival on the overall classification. The short distance of the stage, just 15km, was still long enough to see some big gaps on GC with Thibaut Pinot and Nairo Quintana losing 40 seconds.

The Route: the longest stage, 227km and a more scenic ride with less of the exposed, empty fields of recent days, we’re now into more pleasant country to ride. There’s more climbing, the first intermediate sprint is at the top of a mountain pass. The two climbs later on are more than places picked to award points for the mountains competition. The first, labelled the Côte de Trèves is the Col du Pillon to locals but nothing too tough for the sprinters. There’s a fast descent and the next climb is hard work, a fitness test for the sprinters with some 10% ramps but if anyone’s in trouble there’s 44km to the finish.

The Finish: completely flat and near-featureless for the final 5km. There’s a left turn in the final kilometre.

The Contenders: the last chance for the sprinters and a long run to the line on a wide road suits the sprint trains. This gives Pascal Ackermann (Bora-Hansgrohe) and Caleb Ewan (Lotto-Soudal) the advantage but it’s hard to measure their relative chances. Note Sam Bennett is out, he had his finger stitched up and rode the TT but the injury is too much. There are more names, Elia Viviani (Cofidis), Cees Bol (Team Sunweb), Nacer Bouhanni (Arkéa-Samsic) and Giacomo Nizzolo (NTT) make a second wave of picks.

Weather: cloudy but getting warmer, a top temperature of 21°C.

TV: the finish is forecast for 4.25pm Euro time. It should be available on the same channel you watch the Tour de France and/or Eurosport.