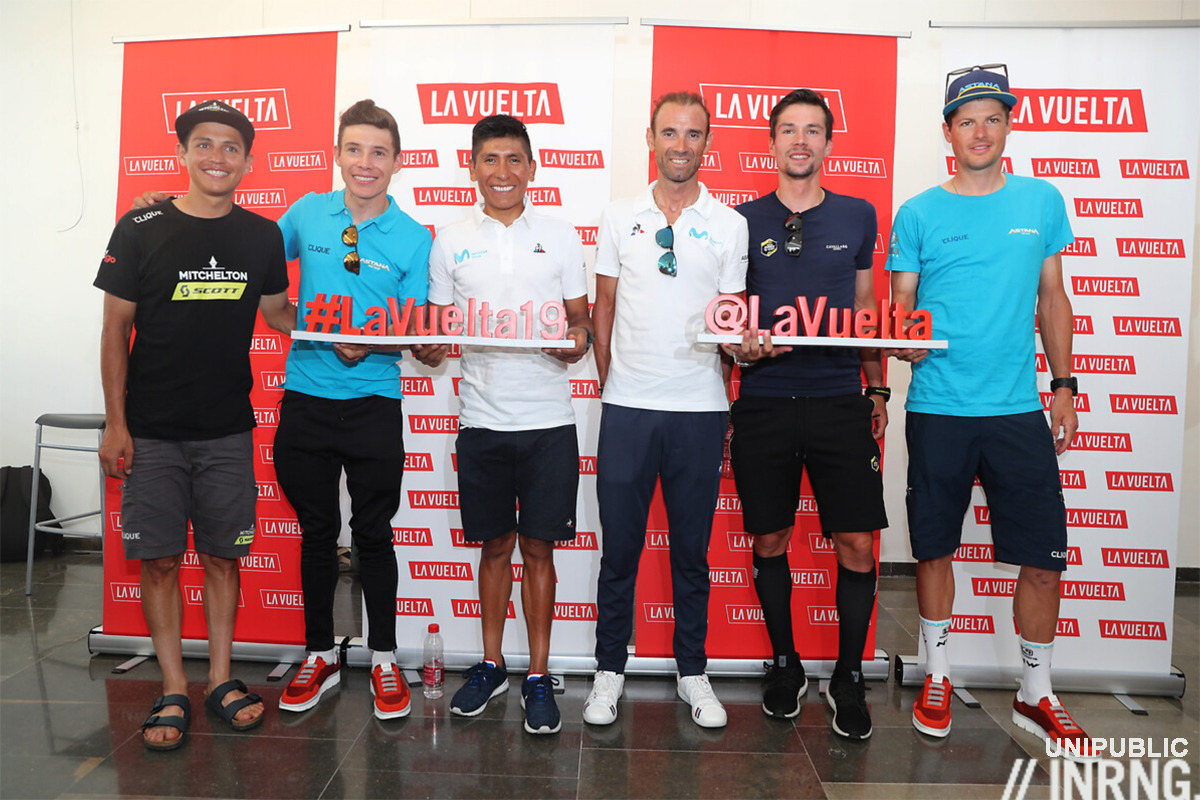 Glance at the startlist and it’s part stellar, part nebula with a handful of teams coming with serious GC ambitions and others, well they’ve not exactly had a plan in place all year. It’s part of the race’s charm with plenty of surprises ahead for the next three weeks.

Route summary: eight uphill finishes plus a further mountain stage with a descent to the finish, the Vuelta’s course is as vertical as ever. In recent years the race has characterised by short, steep climbs which are notably different from the Alpine ascents of the Tour de France and Giro and this year’s route is similar but some climbs are longer but rougher too meaning they’ll last longer. The opening team time trial suits the big teams for the stage win but the 13km distance will keep the time gaps short. The 36km time trial is the longest time trial in the grand tours this year and crucially it comes relatively early in the race meaning it’s not a late test of freshness but one for the specialists and experts. The are time bonuses of 10-6-4 seconds at the finish line and 3-2-1 seconds at the intermediate sprints. 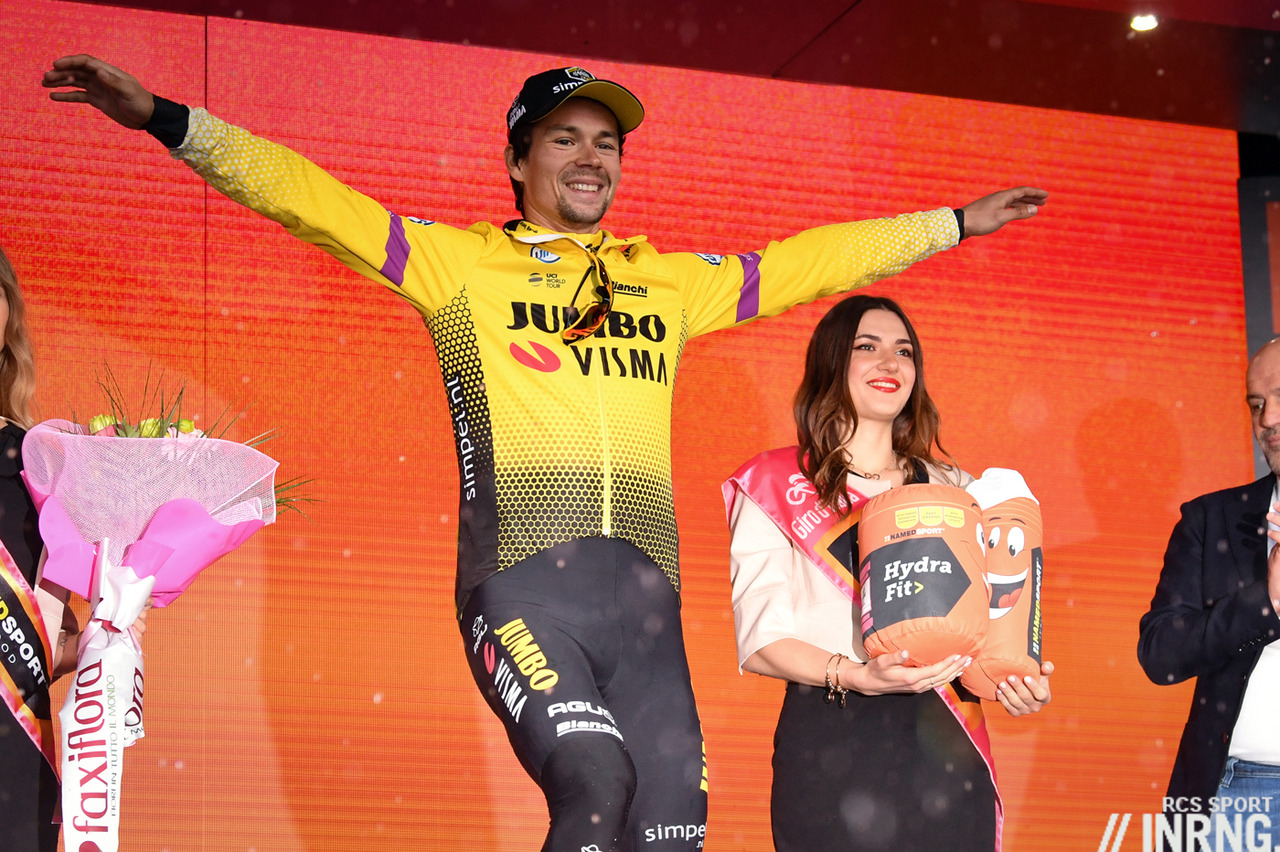 The Contenders: cast your mind back to early May and Primož Roglič was the pre-race pick for the Giro with the only doubt that he’d won so much already this season including the Tour de Romandie on the eve of the race that the concern was he’d turn stale late in the Giro… which, to abbreviate and approximate, happened. Now we’ve got the reverse, there’s no form to go on as he hasn’t raced recently, just the knowledge that the Vuelta is a target and we know what he can do when he’s on form. He’s suited to the time trial and handy on the punchy climbs as well, he’s taken stages with short sharp climbs in, say, Tirreno-Adriatico so the Vuelta course suits, he’s not a diesel. Jumbo-Visma bring an armada to Spain with Tour podium finisher Steven Kruisjwijk, fourth in the Vuelta last year, is supposed to be on team duty and where George Bennett can play his own card and the experienced Robert Gesink to guide things in the mountains. 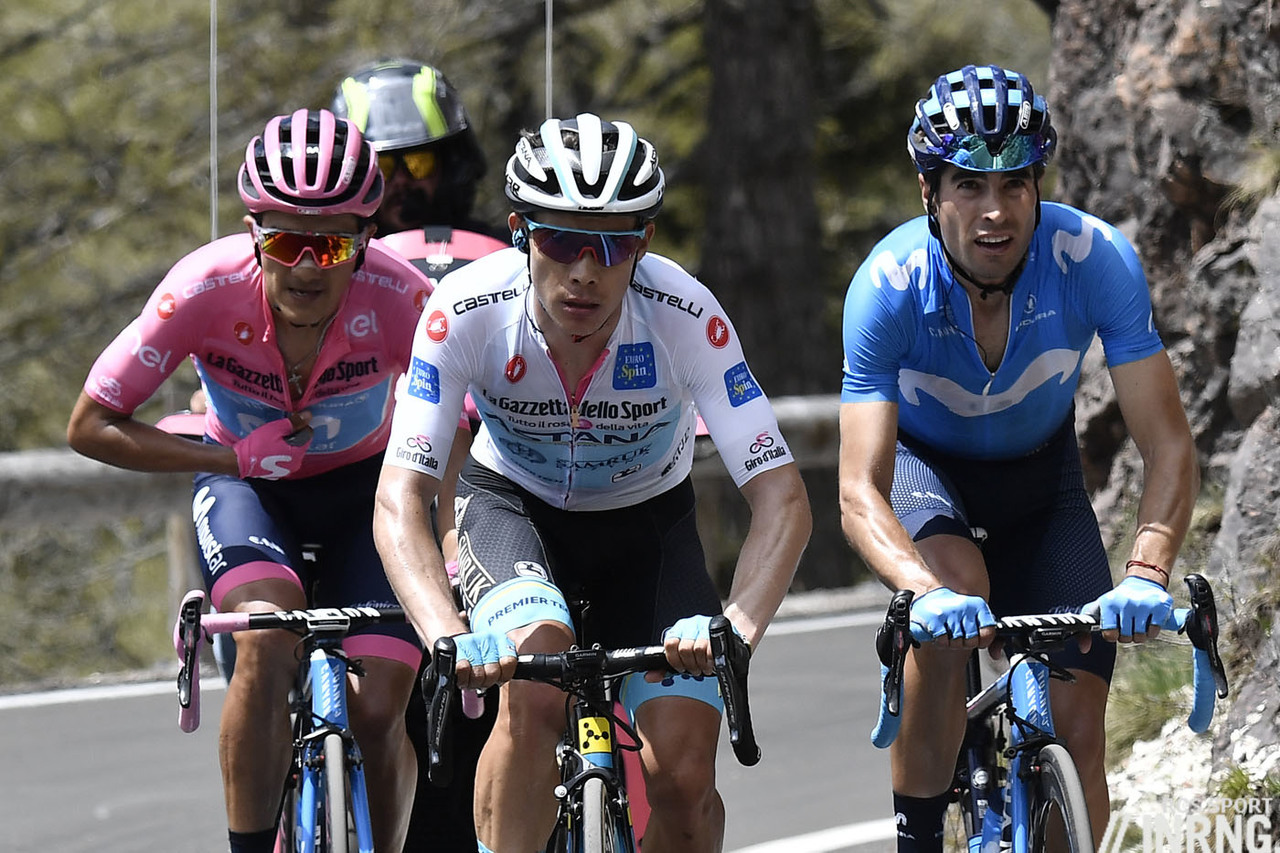 Perhaps last time you saw Migel Angel Lopez (Astana) was on the slopes of Monte Avena when he was slapping a spectator who’d made him crash on the climb of the Giro and arguably his only memorable moment of the Giro, harsh but after he finished fourth on the opening day he struggled and “only” finished seventh. The only rider from last year’s podium to start – he was third – he’s still 25 years old and a serious contender again. His problem is the time trial, he consistently loses time here (excepting the one Tour de Suisse where he beat Fabian Cancellara on the way to winning the race overall, on a high altitude course). Astana bring a stacked team with Jacob Fuglsang having recently re-signed with the team and probably riding in service as a result with Ion Izaguirre in need of a result. 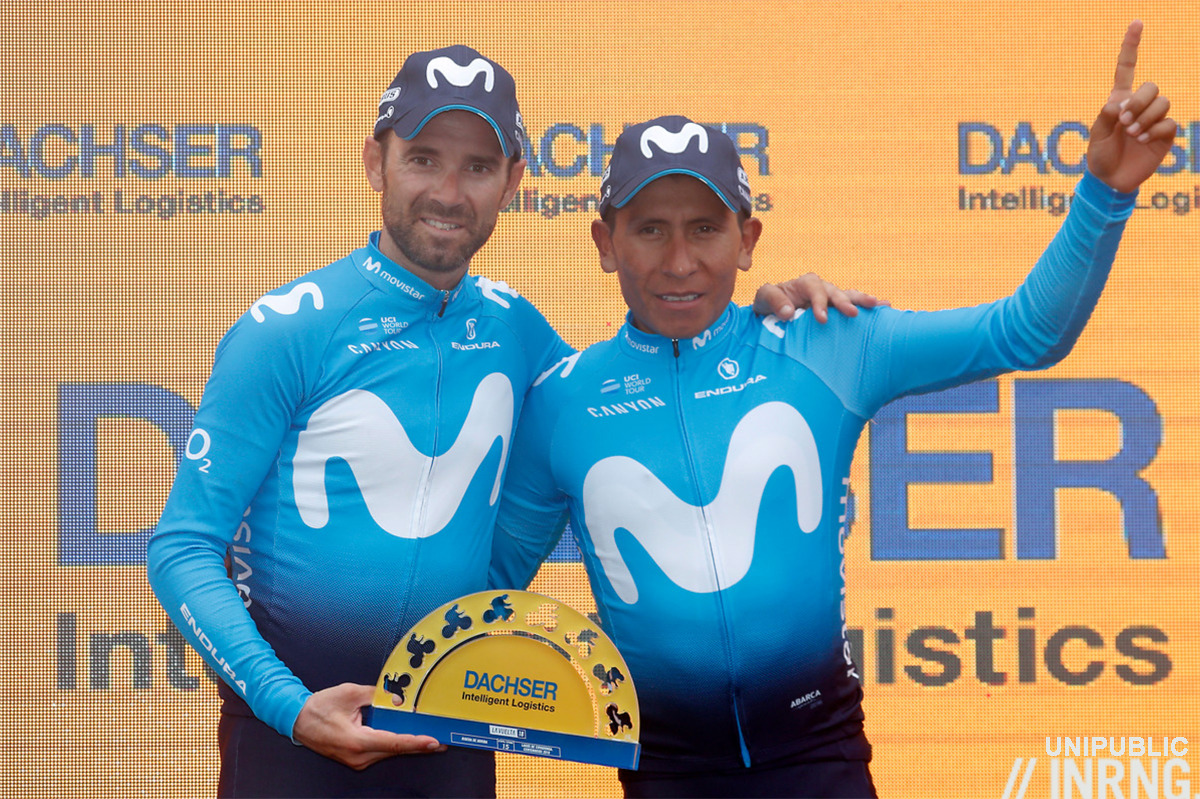 Nairo Quintana has won the Vuelta before. Movistar’s trident has already broken before the race started with Richard Carapaz injuring his shoulder in a Dutch exhibition race leaving Quintana and Alejandro Valverde as joint leaders. Valverde’s normally good for a high place overall and stage wins but he’s looking less of the El Imbatibile these days. As for Nairo Quintana it wasn’t long ago he was duelling with Chris Froome and now his long time nemesis isn’t racing but recently he’s been off the boil. Does he want to be here? He crashed hard the Tour this year and still won a stage and even if he’s leaving the team – the latest is that the management of Arkéa bank have been asked to sign off the move at a board meeting – it’s still a prestigious stage win to take and within his grasp. 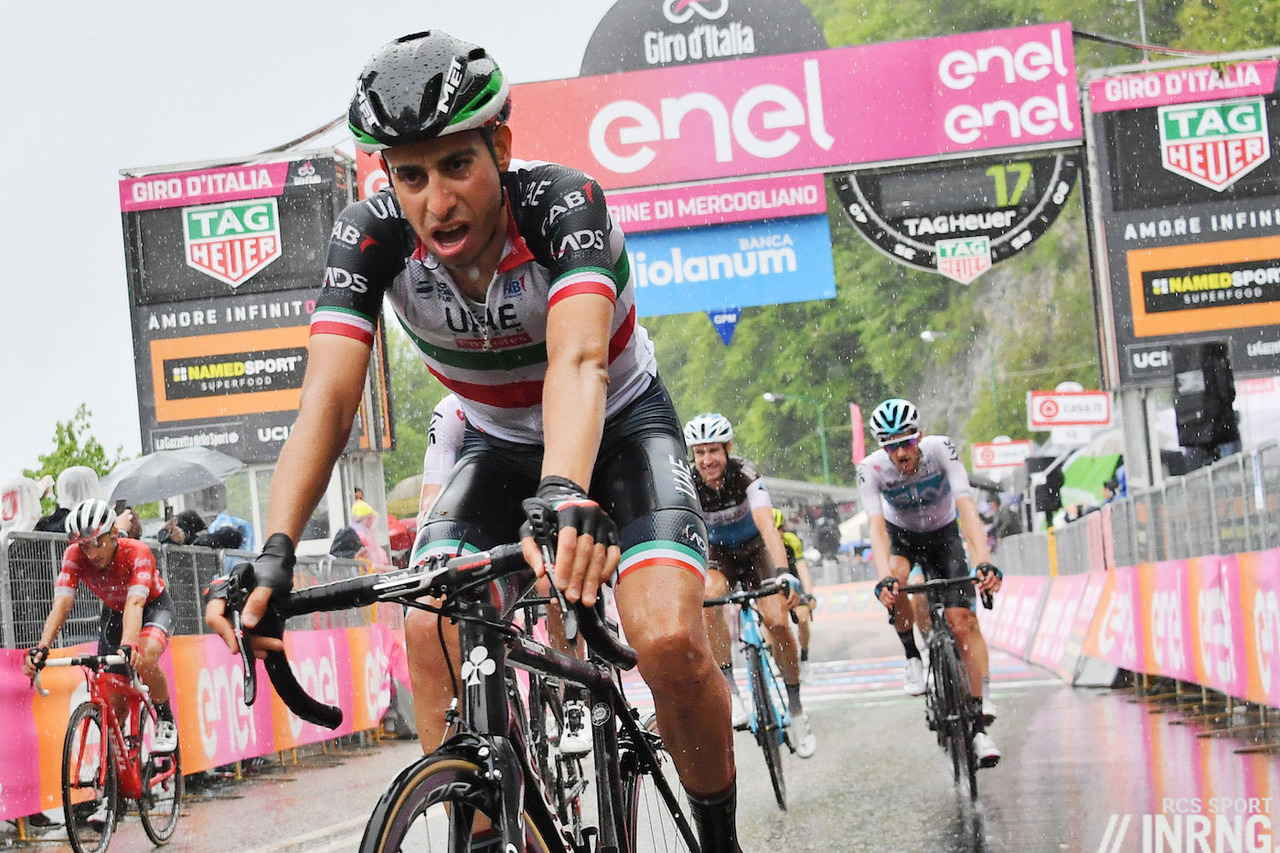 Fabio Aru (UAE Emirates) had iliac artery surgery this spring and then rode the Tour de Suisse and Tour de France as part of a fast-track comeback. Just starting was an achievement and he finished both too, including a decent 14th place in Paris but this means he’s won’t be as fresh Ichnusa out of the fridge either. He’s won the Vuelta before and is suited to the hilly course but his team are weaker compared to when he won. He can surprise from in time trials too but has often done this when the TT comes late in the race. Tadej Pogačar starts and if youth is a theme of the season, the young Slovenian is one many will watch but winning a grand tour outright on his first go is something that even Egan Bernal didn’t try. Just doing two weeks and showing on the mountain stages is a good showing. 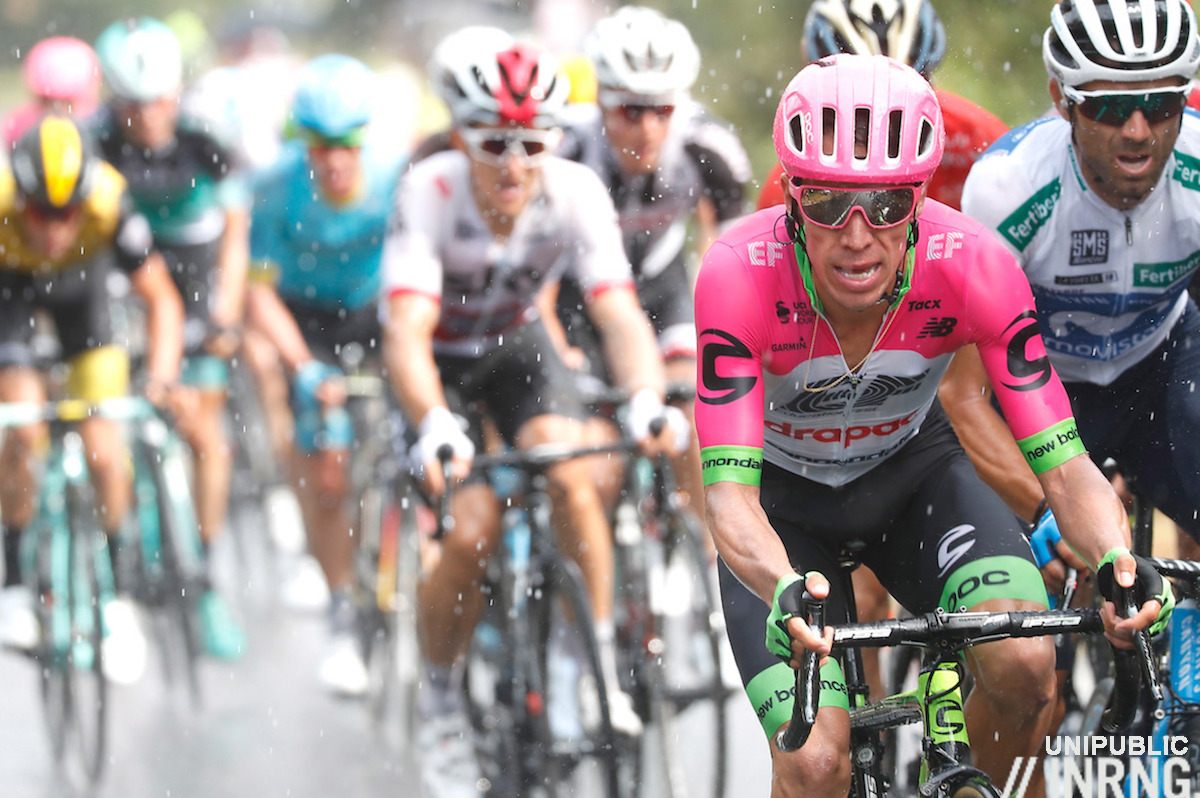 EF Education First have five riders capable of the top-10. Rigoberto Urán was seventh in the Tour de France and seventh in the Vuelta last year too (pictured) but did you notice him? He’s consistent rather than flamboyant on the bike and the climbs and long time trial should suit him so we might be seeing a lot more of him but how to win? Hugh Carthy had a spectacular stage win in the Tour de Suisse but will the Spanish rampóns be too sharp for him and the time trial stage could be ruinous. Dani Martinez and Sergio Higuita are two promising Colombians, Martinez won the big stage of Paris-Nice earlier this year and Higuita’s a versatile rider who’s a good pick for an uphill stage win and perhaps more but this is first grand tour. Tejay van Garderen will like the TT stage but climbs and piecing together a three week race will be hard but he’s riding well and the whole team should be entertaining to watch. 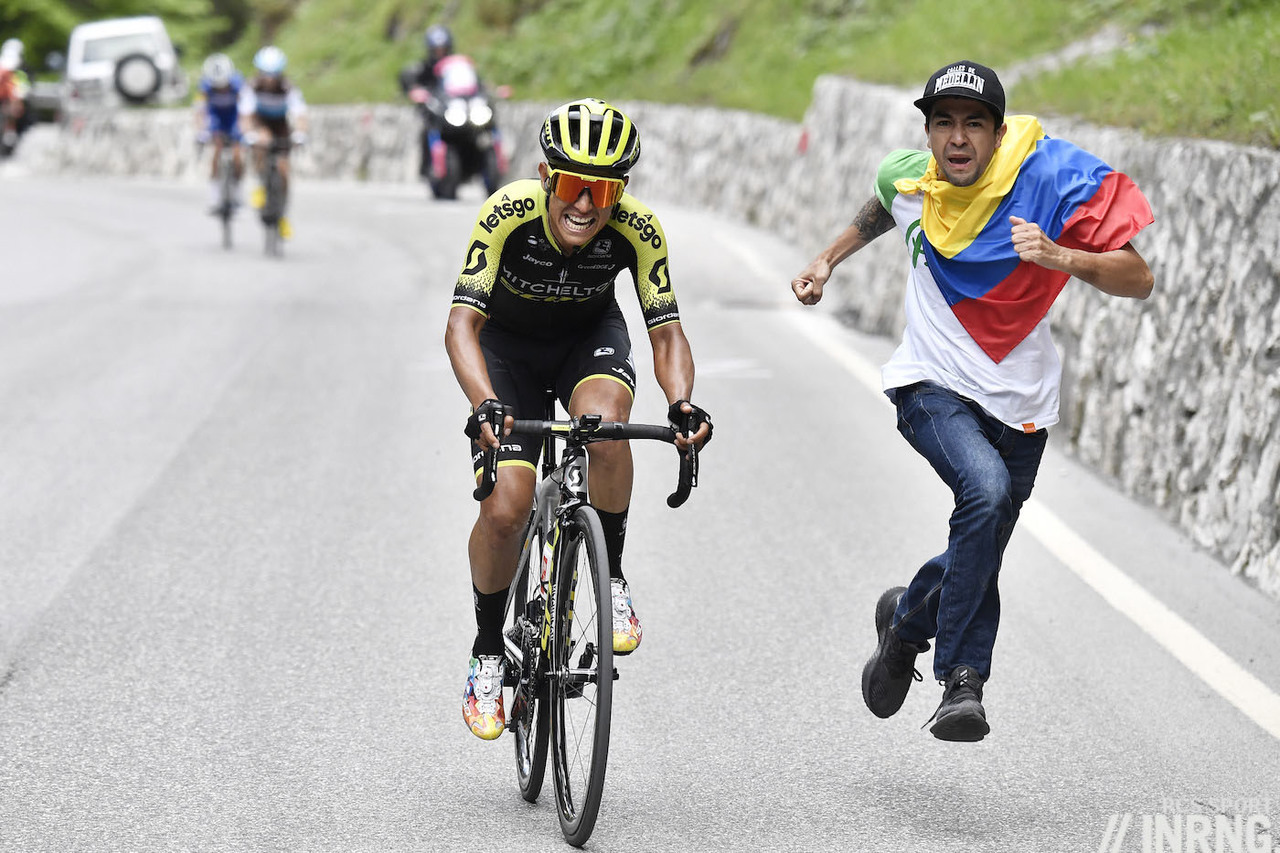 Esteban Chaves has the run of the Mitchelton-Scott team. He’s been on the comeback from mononucleosis and rode the Giro partly as a support rider for Simon Yates, partly as a test. The team are frank about their ambitions and now downplay his chances saying the GC is an objective but they’re coming for stage wins as well. He’s been untouchable in the Vuelta before but will need this kind of form again just to make the podium.

Team Ineos bring Wout Poels and Tao Geoghan Hart. Poels arguably made a name for himself in the Vuelta when he rode for Vacansoleil and was duelling with Froome, Wiggins and Cobo but now it’s harder to see him contesting the win. Geoghan Hart gets a shot at leadership which does seem a bit like giving a teenager the keys to a Porsche but he’s been lively of late and while Pavel Sivakov won the Tour of Poland and the Tour of the Alps, Geoghan Hart could easily have won had tactics turned out differently and a top-10 would be a solid start for the 24 year old.

Bora-Hansgrohe bring another top heavy team with Rafał Majka capable of a stage win and a high place overall and then Felix Großschartner and Davide Formolo have a shot too but how to win overall?

Once upon a time Team Sunweb resembled the Pied Piper as they led all the best U23 riders out of the village but now things are less of a fairy tale for the German-Dutch team. Still Wilco Kelderman and Robert Power are big assets. Kelderman’s had a chaotic season, unable to start the Giro he then rode the Tour instead but that didn’t work out so he’s one of several riding the Vuelta to save the season. 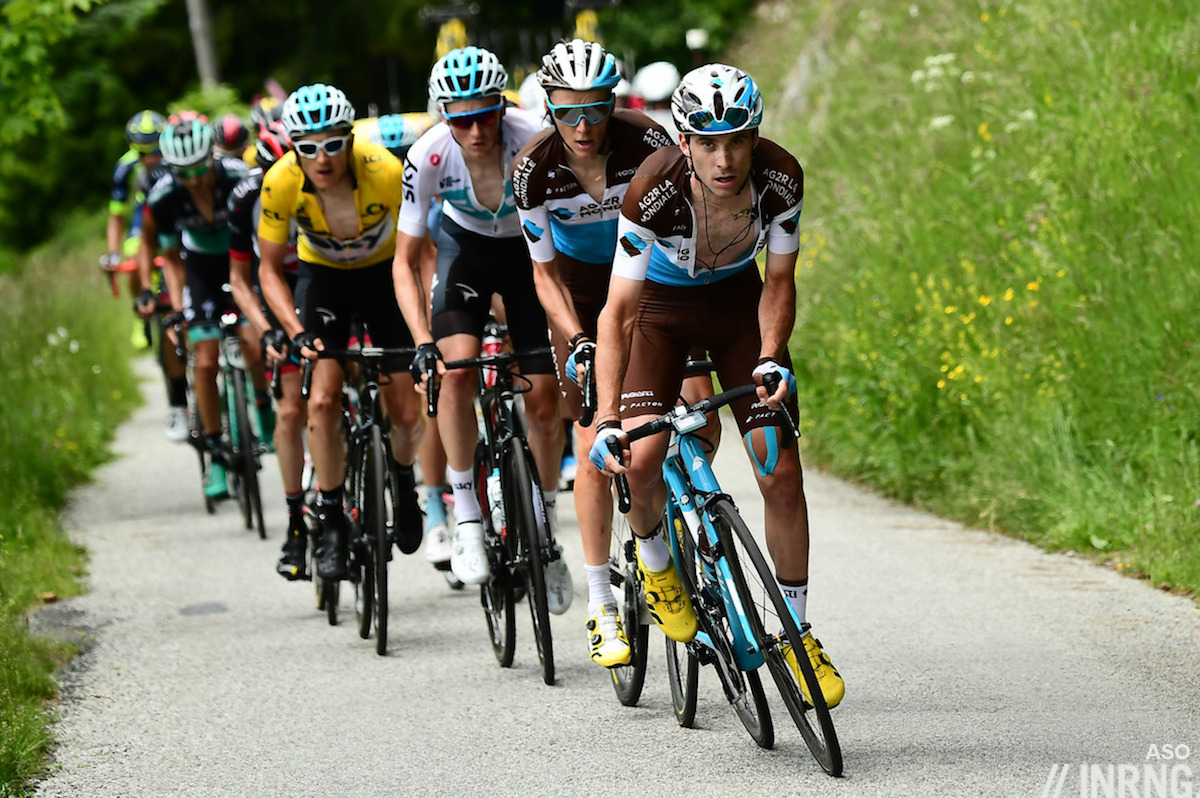 Pierre Latour (Ag2r La Mondiale) can be agonising to watch, he constantly looks like he’s going to crack in five seconds’ time but continues to power on and on. He’s strong in time trials, good on steep climbs and comes off a good Tour de Pologne but looks more like top-10 contender than a winner but he’s another just happy to be starting after injuries plagued his season so far.