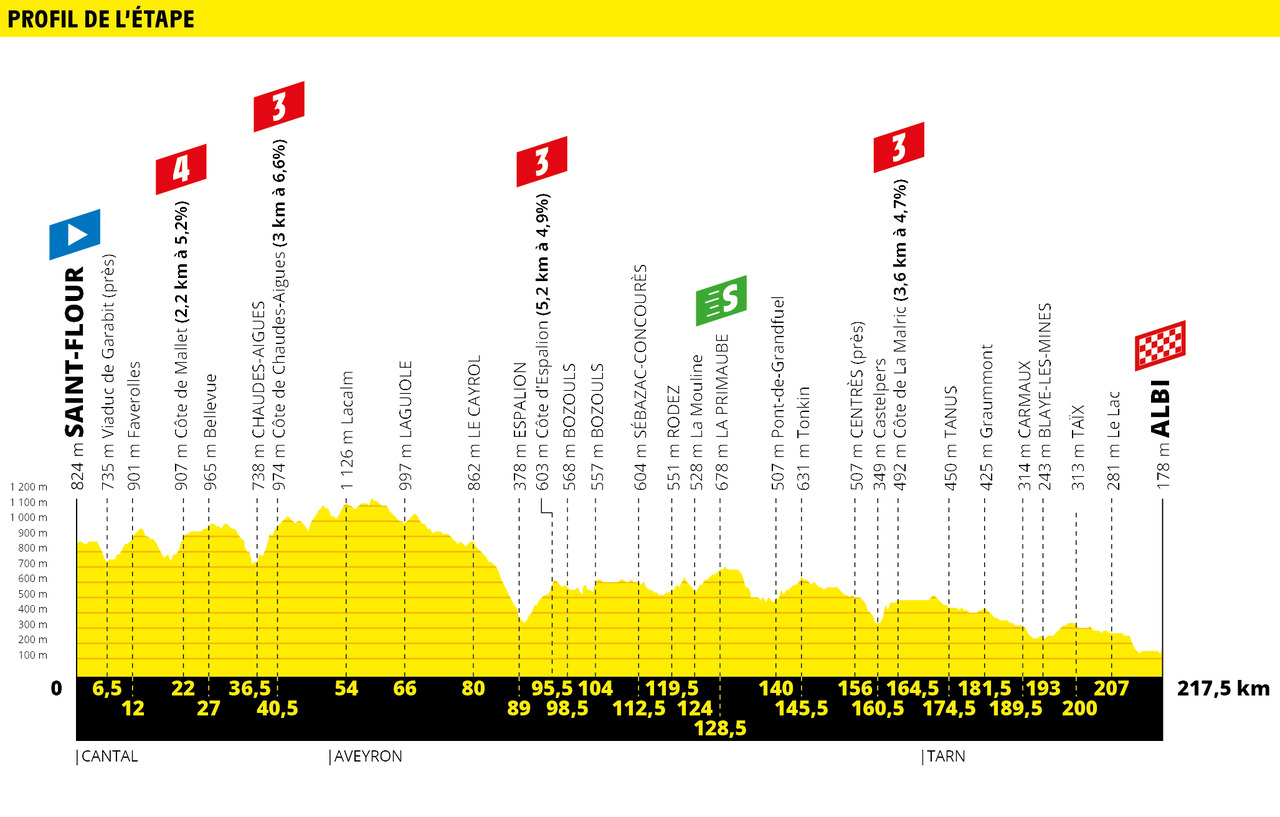 A sprint interlude but a hard day awaits across lumpy roads. 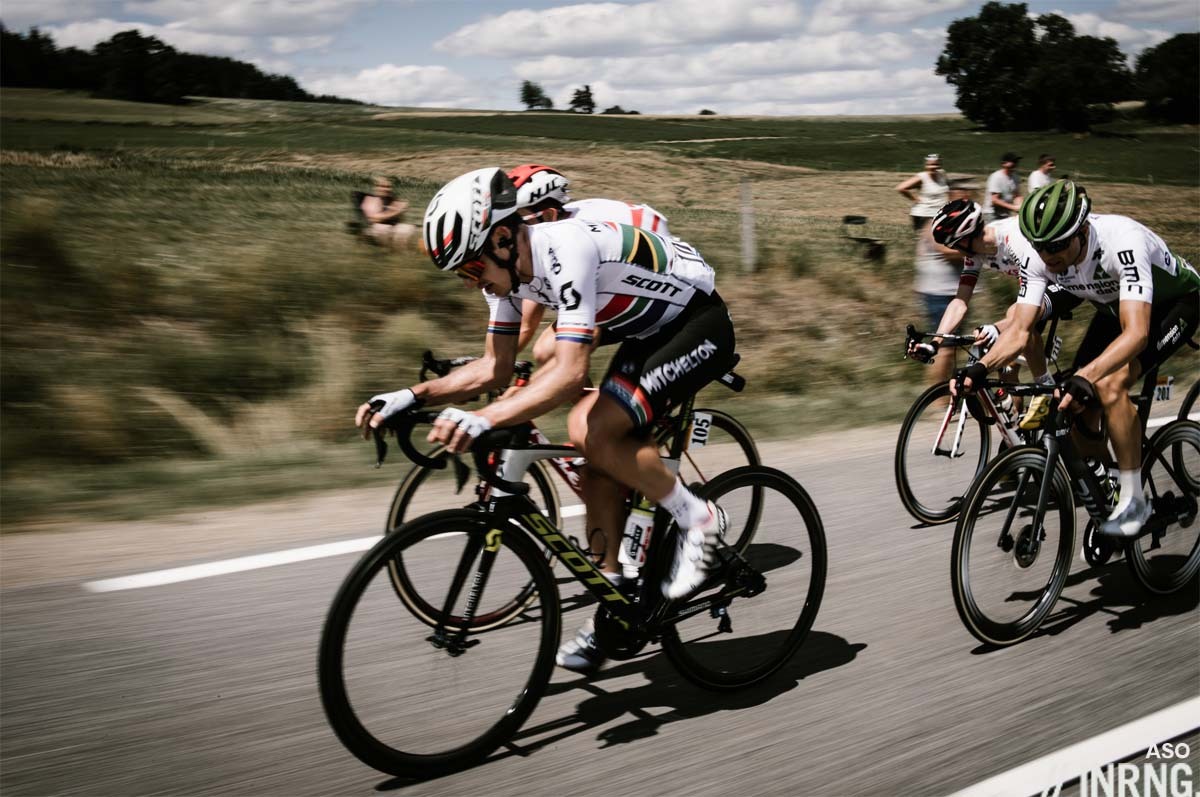 Stage 9 Review: a breakaway of 14 riders and then 15 once Marc Soler bridged across. 14 teams were represented in the move with many strong riders to set up a tactical final. The skirmish started early, but gently, with riders trying to distance their rivals with the least effort possible. Lukas Pöstlberger went all-in with a solo move but was left to dangle before being collected on the final climb. Tiesj Benoot and Nicolas Roche led over the top as Daryl Impey made his move, surging away from Jasper Stuyven and Oliver Naesen to reach Benoot as Roche cracked to leave a duo in the lead. Impey’s pedigree and build suggested he’d be an easy winner and with threat of Stuyven and Naesen closing in their was little time to play poker. Impey duly won the sprint. Perhaps Benoot could have tried to make Impey sweat more but had he slowed, surely Impey would just have had more power to accelerate anyway and this way Benoot reserved second place with the hope for better.

The Route: 217km and 3,000m of vertical gain with sunflowers galore. A quick descent to cross the Truyère valley and then there’s an unmarked climb of 6km at 5% as a breakaway launchpad and if that doesn’t work the next two climb which are categorised should. They’re only the start of the climbing today, the road has lots of rollers, drags, false flats and more to make for a tiring stage. 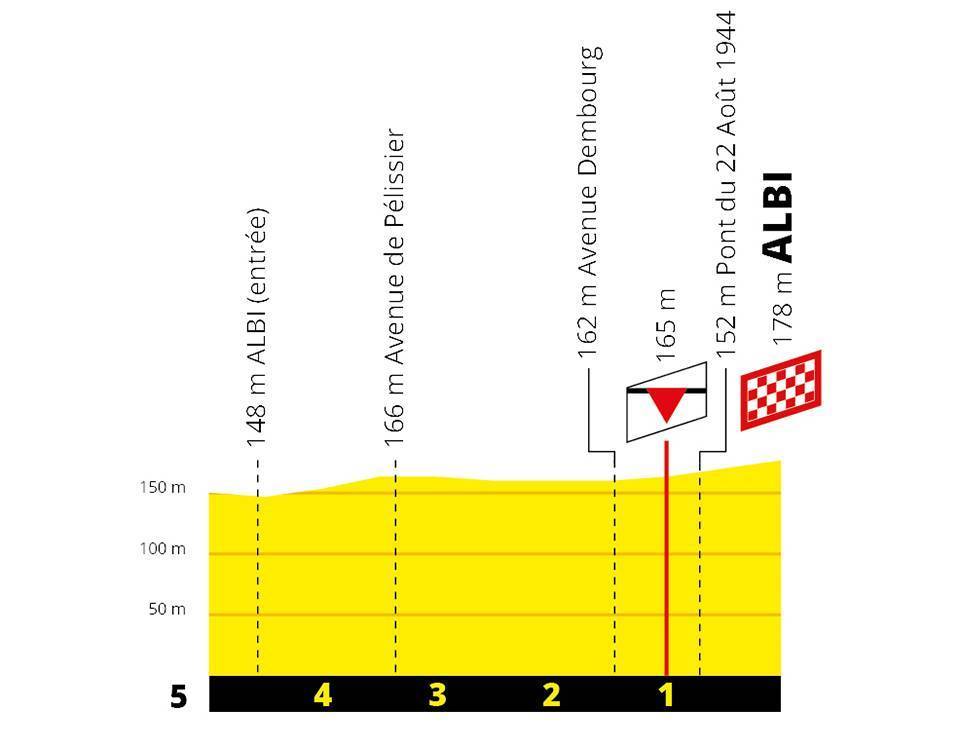 The Finish: the race rides around town on city streets, they’re not boulevards but there’s only one tight bend in the final kilometres. After the flamme rouge they cross the Tarn river and then right after the bridge it’s uphill and more than the roadbook suggests with the final 500m at 5%.

The Contenders: a bunch sprint is the most likely scenario but the lumpy roads won’t make this a formality, especially if some bigger engines go in the early move, think of riders like Niki Terpstra (Total Direct Energie), Nils Politt (Katusha-Alpecin) and maybe Rohan Dennis (Bahrain-Merida) but he might be trying to economise every pedal stroke before the Pau time trial stage. It’s probably a bunch sprint because it’s today and Wednesday for sprints this week.

Peter Sagan (Bora-Hansgrohe) won the last time the Tour visited Albi in 2013 but the stage and the finish were different. Still today’s uphill finish suits him but our trio of Caleb Ewan (Lotto-Soudal), Elia Viviani (Deceuninck-Quickstep) and Dylan Groenewegen (Jumbo-Visma) should be fine too, it’s just that Sagan can probably give them a direct challenge today. Who to chose among the three, it’s a tough call as there’s no pecking order among them yet, perhaps the uphill finish tilts to Ewan? Alexander Kristoff (UAE Emirates should be close).

Lilian Calmejane (Total Direct Energie) is the local rider for today and the next stage but he’s not in great shape and short of the form he showed last year and in 2017 when he won the stage to Les Rousses ahead of Robert Gesink. 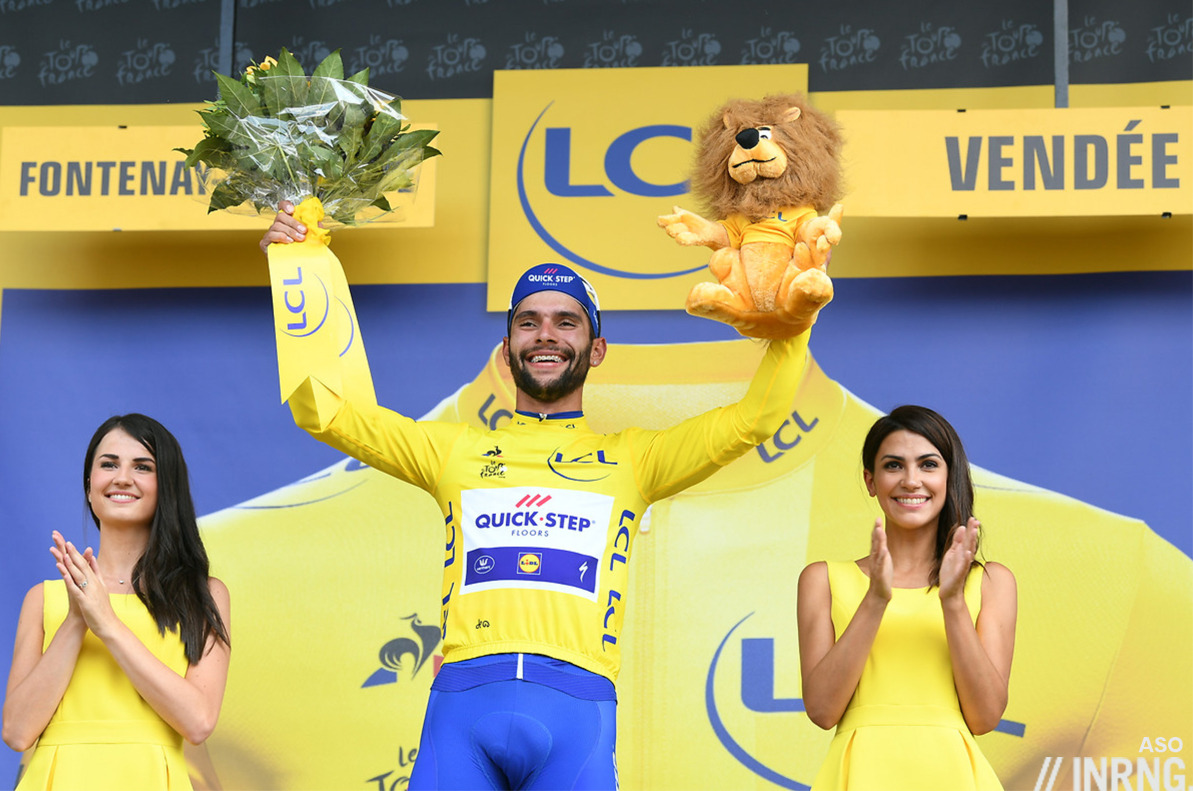 Yellow story: the winner of the yellow jersey each day also gets a lion soft toy. Why? Because the sponsor of the jersey is LCL, today’s name for Le Crédit Lyonnais. The bank has sponsored the jersey since 1987 and a lion is the emblem of the bank, a play on the city of Lyon where the company is from.

Weather: warm and sunny, 29°C and a slight crosswind of 20km/h which could be risky if it blows stronger than forecast.