While you’re enjoying this year’s Tour, next year’s route is near to being signed off and the 2021 route is taking shape too. Each year there can be up to 300 towns applying to host a stage of the Tour de France and race organiser ASO can thread the race among these towns but also make a detour here and there to visit places that haven’t asked but could be good for the race and usually they say yes. Towns pay for the privilege and we’ll see how much below but the income from the hosting fees isn’t as important as it used to be and this might give the race more opportunities to visit remote areas if they can provide a spectacle.

How much? The standard tariff is €70,000 for a stage start and €120,000 for a finish, plus VAT. For a grand départ it varies but this year’s start in Brussels is reported to be €5 million, a lot more but it’s the destination with the team presentation and three days of racing. Still the grand départ fee is bigger than all the hosting fees for the other stages combined.

For race organiser ASO these daily fees are a source of income not what it used to be. In the past the hosting fees could deliver half the race’s income, these days it’s more like 10%. Anecdotally host fees have risen above inflation – they were €50,000 and €100,000 not long ago – but ASO’s coffers (see the blog post “The Finances of ASO” for more) have swollen more thanks to the sale of TV rights and race sponsorship whether the major partners like Skoda, LCL, Leclerc or the smaller ones in the race caravan. 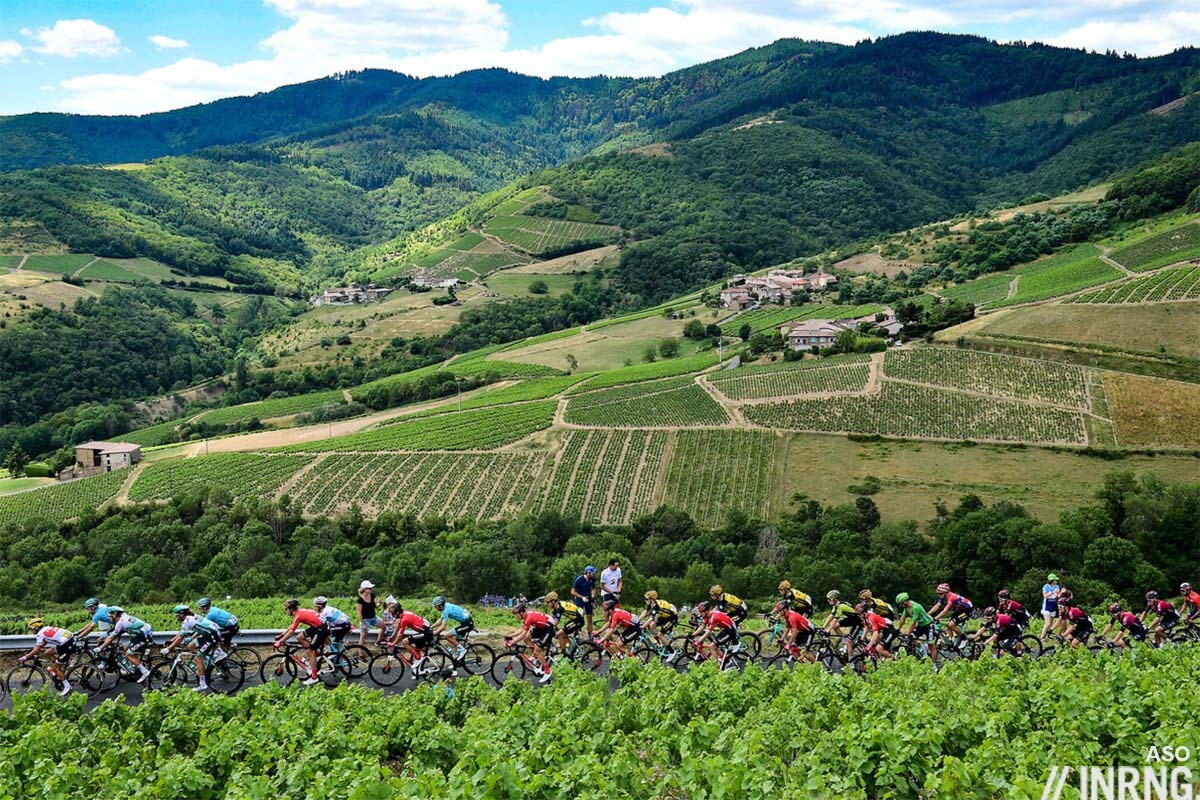 Is it worth paying for? At first glance yes given there’s usually a queue of towns to host the Tour, often 250-300 candidates for the 25-35 start and finish options. In other words the price isn’t putting towns off. But it’s more complicated than this, if a small town wants to host the Tour it might find it too expensive but it can get funding from from other layers of local government like the départment and région. This is just the hosting fee. There are more costs which can vary, for example repairing roads or maybe works to a roundabout.

What does a town get back from it? It depends. For some places it’s one sporting and cultural event among hundreds all year, for others it’s the biggest thing to arrive in town and for most it’s somewhere in between. The payment goes out but there are benefits in return. For start all the Tour’s caravan arrives in town, a travelling circus with a reported 4,500 people needing a bed for the night as well as food and drink. Then there all all the visitors who come to see the race itself. Then there’s the chance to promote the town, perhaps you’ve seen the Pont du Gard on TV or other places and would like to visit next time? Images are beamed around the world and the Tour is a three week tourist promotion event. You probably watch for the racing but opinion polls have shown a large share of the TV audience tunes in to see France in the glory of summer. 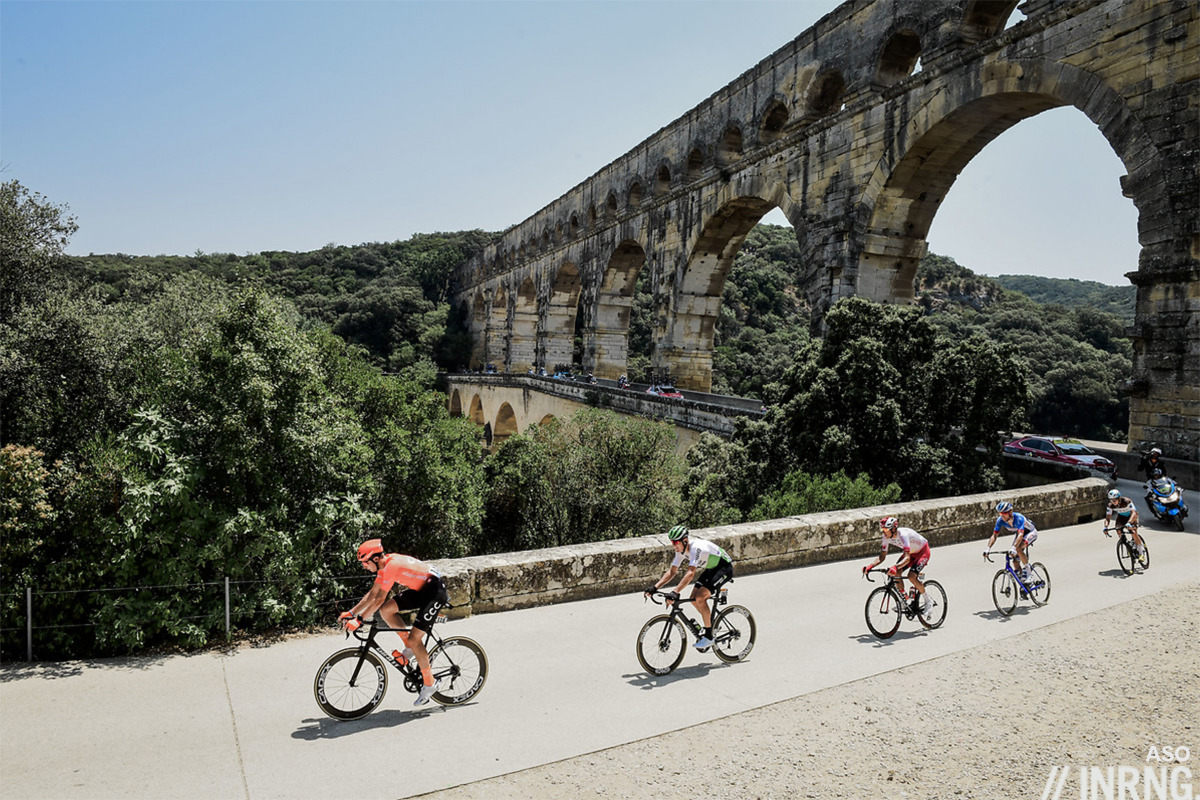 Ski resortslike the Tour. Alpe d’Huez has established itself as a summer destination thanks to the race’s regular visit to point where thousands of cyclists winch their way up every day. The Alpe and the Bourg d’Oisans at the foot of the climb have established a cycling economy with far more bike shops than the local population could sustain and there’s a flourishing trade in bike rental, souvenir t-shirts and more. All this has taken time though, the Tour first visited 1952 and it wasn’t until the 80s that it visited regularly and with this it became a cycling destination, complete with La Marmotte, the first cyclosportif of its kind.

With the decreasing importance of the hosting fees for ASO’s business there’s probably more flexibility. Once upon a time the race had to visit venues who’d pay in order to make ends meet, now if the hosting fees are 10% then there’s room for the race to think about visiting areas for free if it makes the race more exciting and therefore boosts TV viewing which in turn makes the broadcast rights more value. Take the Prat d’Albis, it was labelled as Foix as well because it’s sort of above the town and presumably Foix helped to pay but there are more remote places which would be valuable to visit in sporting and commercial terms but they may not have the hosting fee. But maybe the moment ASO waives a hosting fee every other mayor starts to expect this too?

Towns apply to ASO and there are meetings with the organiser sending teams to visit the area, scout areas and so on. Tour boss Christian Prudhomme can meet many mayors and local officials in the year including plenty during the Tour and part of his job is sell the race but apparently it’s an easy job. Sometimes a local mayor likes cycling, this year’s stage to Epernay in the Champagne vineyards happened in part because the mayor Franck Leroy is a cycling fan and he told Europe 1 radio the other day that he even suggested the sharp climbs amid the vineyards because he wanted Julian Alaphilippe to win… which he did. 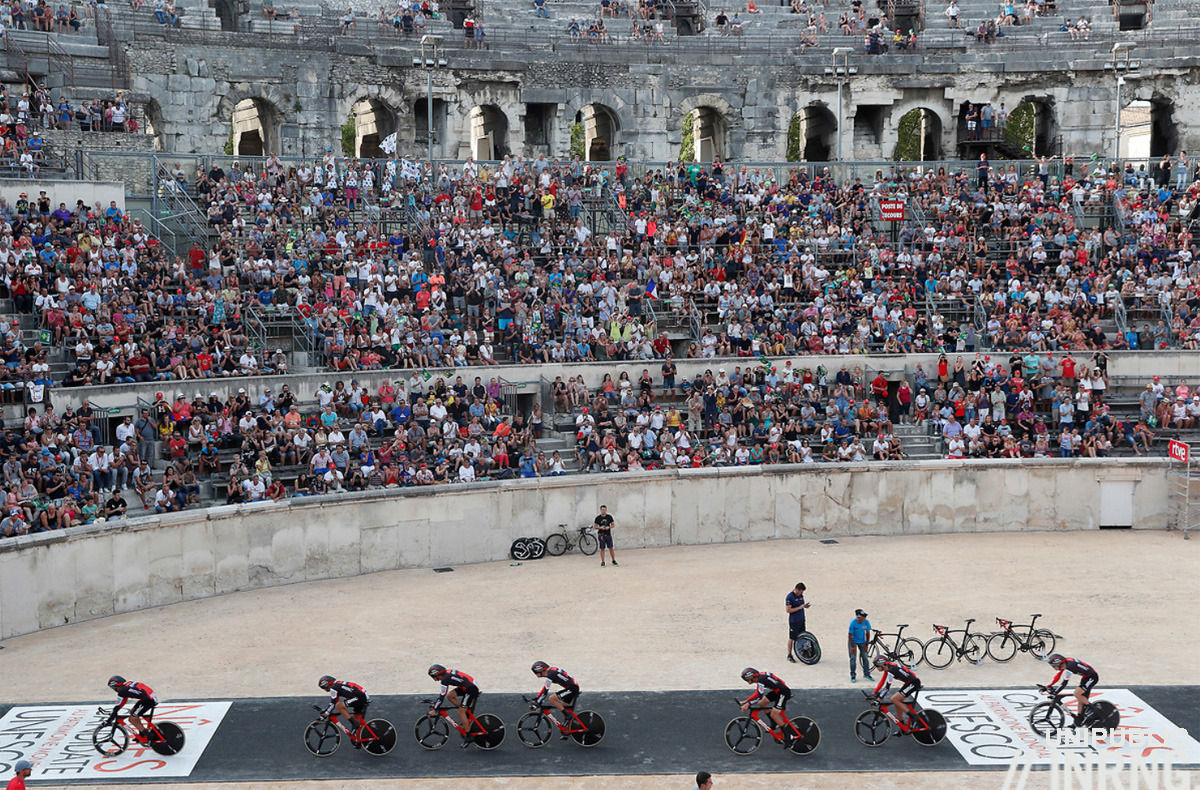 With so many places wanting to host the Tour, one way to jump the queue is to host another race. While everyone wants the Tour, hosting a stage of the Dauphiné or Paris-Nice probably helps bring the Tour. Obviously this is out of the question for most of regions but there are other means. ASO also owns the Vuelta a España this helps explain why the Vuelta started in Nîmes two years ago (pictured). Yes the Roman town has Spanish connections with its corrida but in hosting the start of the Vuelta, Nîmes probably shot to the top of the list to host a Tour stage this year that was a start and finish as well as hosting the race for the rest day. Similarly the Vuelta has visited Pau too and ASO can use its portfolio of races to cross-sell.