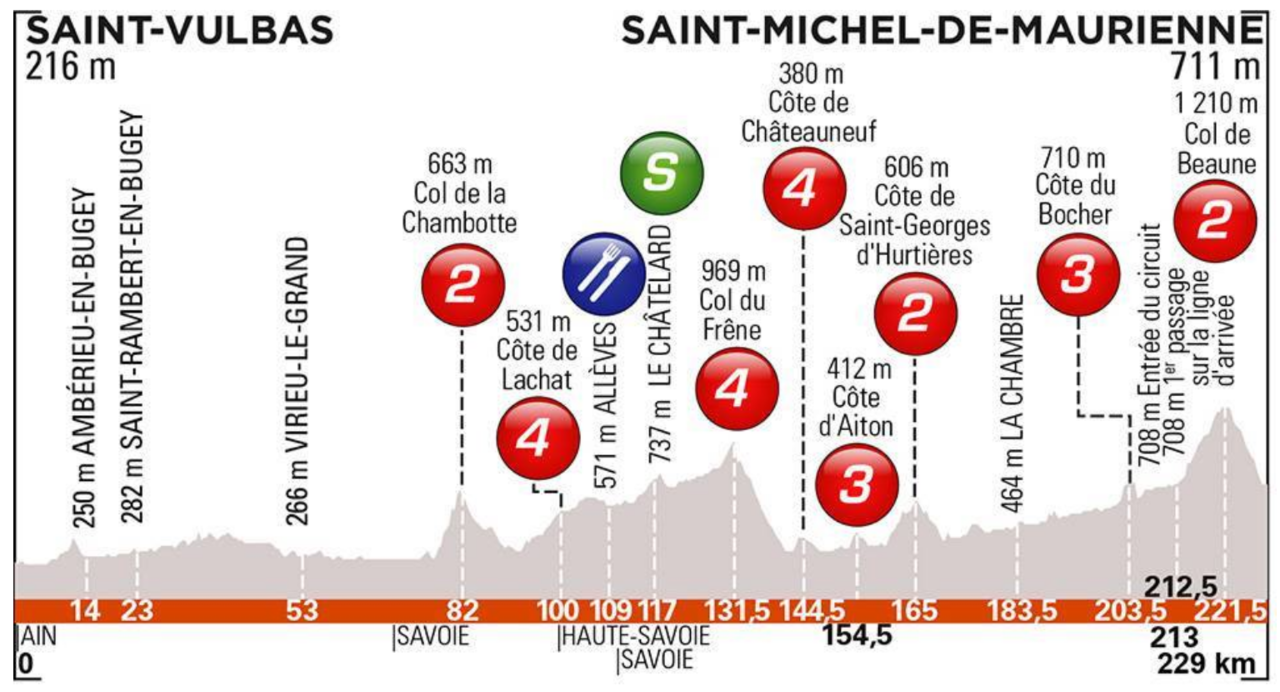 The first of three mountain stages, today’s route is all about the final climb and it’s twisty descent with 20 hairpins to the finish. 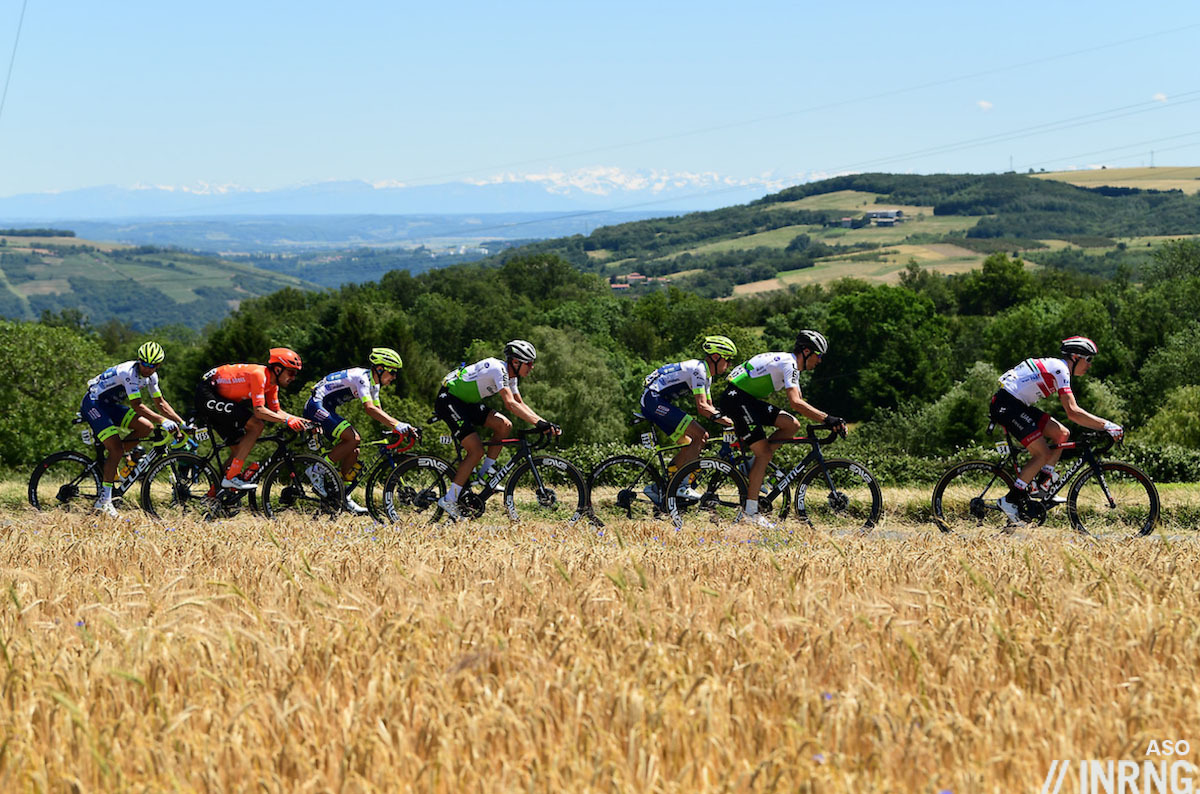 Stage 5 Review: a breakaway of three but including Stéphane Rossetto and Alessandro de Marchi who are known for being able to stay away but not this time. We got a promised sprint only there are few sprinters in the race and their teams couldn’t control the race properly. First Philippe Gilbert and Edvald Boasson Hagen had a go as they rode into Voiron, then in the dash to the line Wout van Aert powered to the line for the win, the first rider to win a time trial and then a bunch sprint… since Christophe Laporte last week in Luxembourg. 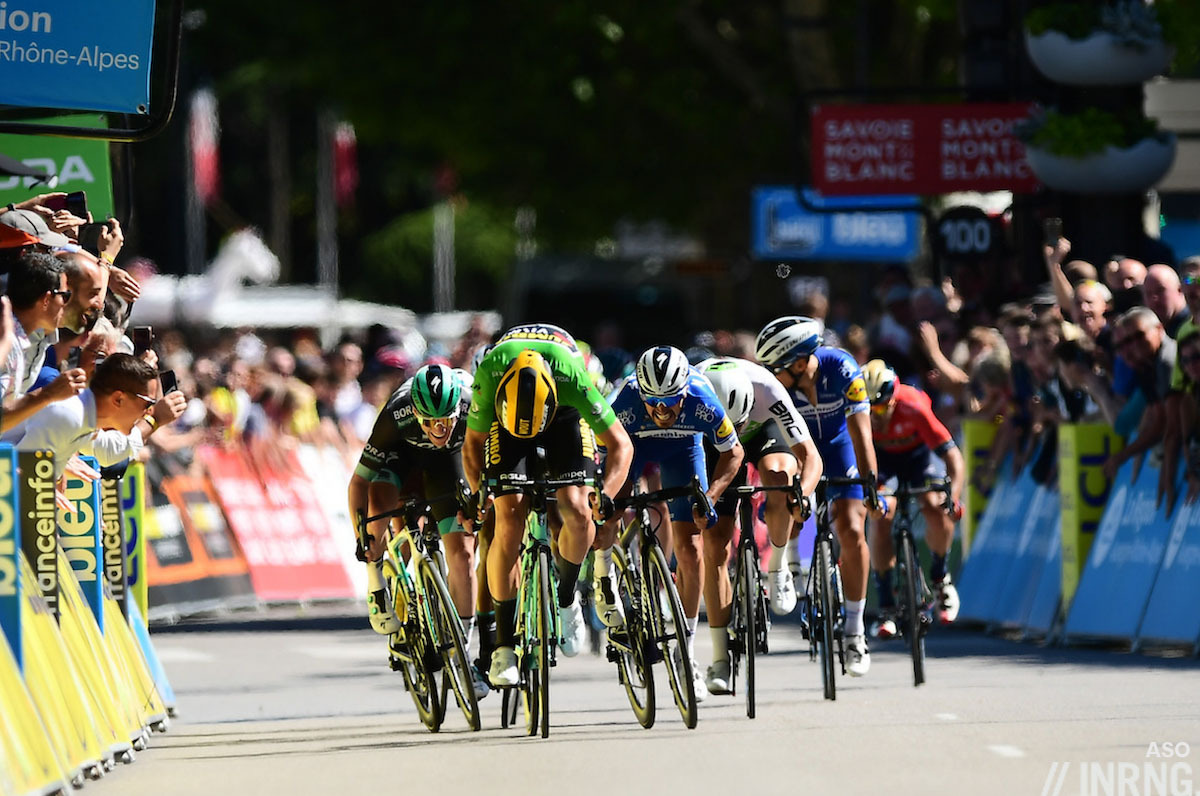 The Route: 229km into the Alps. The Col de la Chambotte is a long ramp up the side of a cliff, a scenic ride but hard with 5km at 8% and followed by the climb to Lachat which takes the riders up onto the Plateau des Bauges, a picture-postcard land of Alpine pastures before the Col du Frêne which is more of a descent than a climb. Then it’s along to the Maurienne valley and the race takes the side road up to Saint-Georges d’Hurtières, it adds more climbing with 5km at 6% (and perhaps helps unblock the main valley road below). 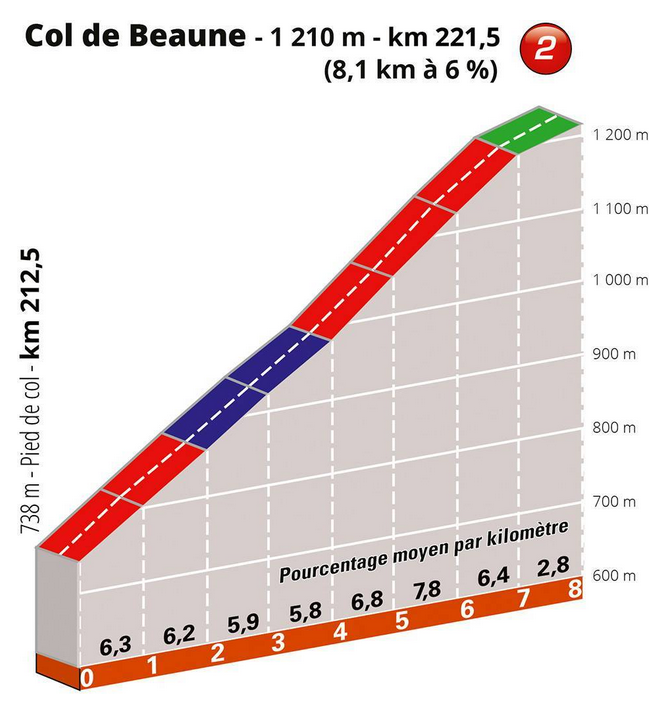 The Finish: the “Col de Beaune” is the big climb of the day and it doesn’t exist, or rather it’s really the Col de Beau Plan. It sits on the other side of the valley of the more famous Col du Télégraphe and is 8km at 6.6% and steady for the most part before some hairpins near the top, an ideal place for a late attack before the narrow descent to the finish. From the top it’s just 7.5km to the finish, of which 6.5km are a descent with over 20 hairpins before a flat finish in town.

The Contenders: there are over 100 riders at least five minutes down on GC and so there’s space for plenty to get up the road but among them the winner will surely have to be a useful climber to cope with the final climb. David Gaudu is out of contention on GC but could be retained to work for Groupama-FDJ team mate Thibaut Pinot today and the coming days. A similar story for other riders on other teams like Carlos Verona (Movistar), Jack Haig (Mitchelton-Scott) and Robert Power (Team Sunweb).

Julian Alaphilippe (Deceuninck-Quickstep) could win from the breakaway or from the front group, the final climb is short enough for his explosive power if he wants to take on the big contenders directly and he’s not a direct threat either being over 16 minutes down on GC. Michał Kwiatkowski (Team Ineos) blows hot and cold, today he could try but perhaps the final stage suits more. Bjorg Lambrecht (Lotto-Soudal) is one to watch too.

What about Wout van Aert (Jumbo-Visma)? He’s on a run but surely his weight is too limiting today on this climb… but he could lose ground only to make it up on the descent, his handling skills help but crucially his power to sprint out of each hairpin could see him take back lost ground. Still he’s too hot to ignore right now.

Weather: a pleasant 27°C in the valleys but a good chance of rain showers and even a thunderstorm later on.

TV: coverage starts at 3.00pm and the final climb should start around 4.00pm, the finish is forecast for 4.30pm CEST / Euro time.