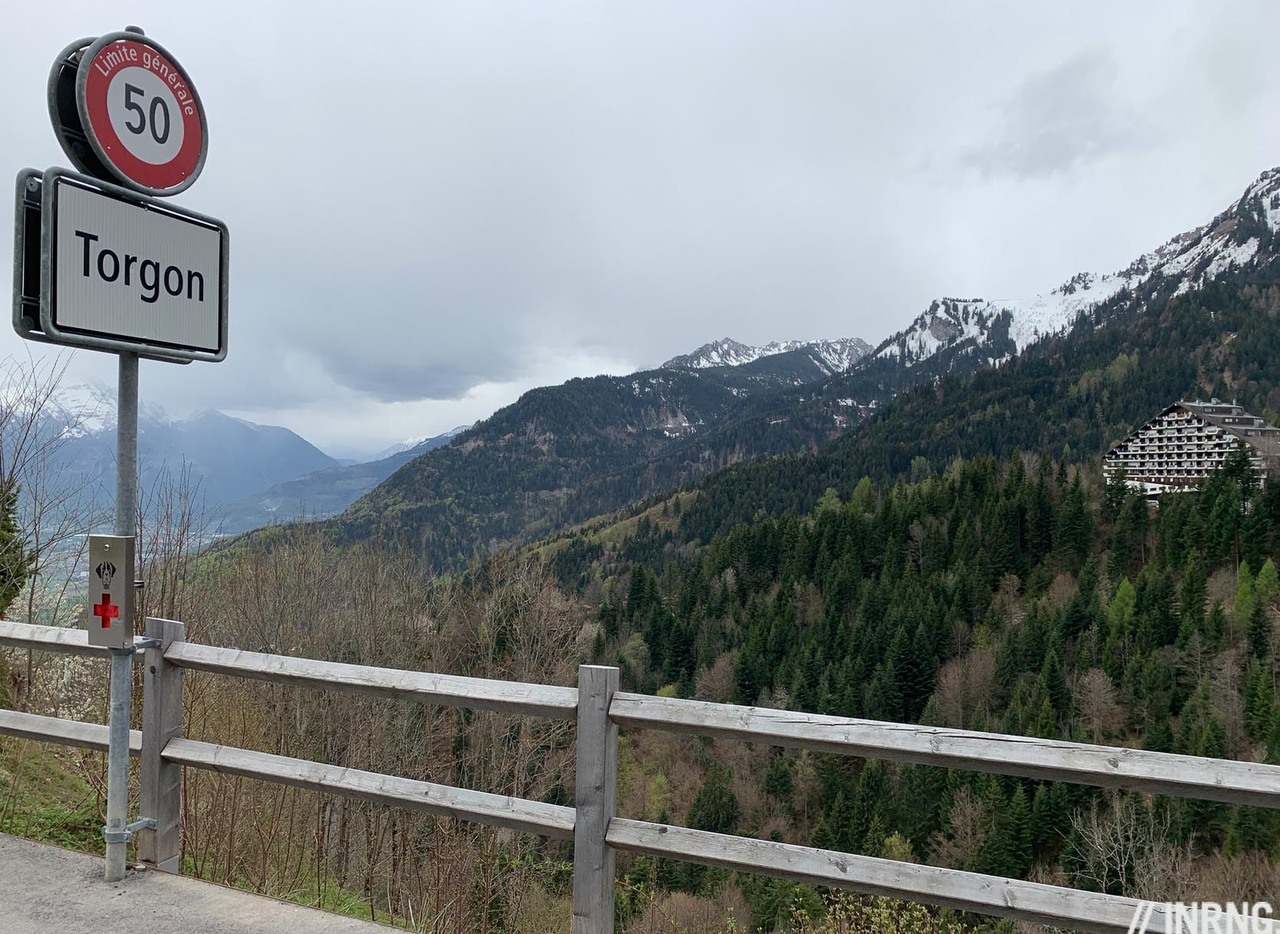 The summit finish of the Tour de Romandie this Saturday, the climb to the ski village of Torgon isn’t a celebrity summit finish, it’s just a quiet climb and the chance to take look at the UCI, cycling’s governing body.

The Route: the Route du Torgon starts in the small town of of Vionnaz in the canton of Valais in Switzerland. The climb is 12km long and averages 6.4%. Profile via salite.ch 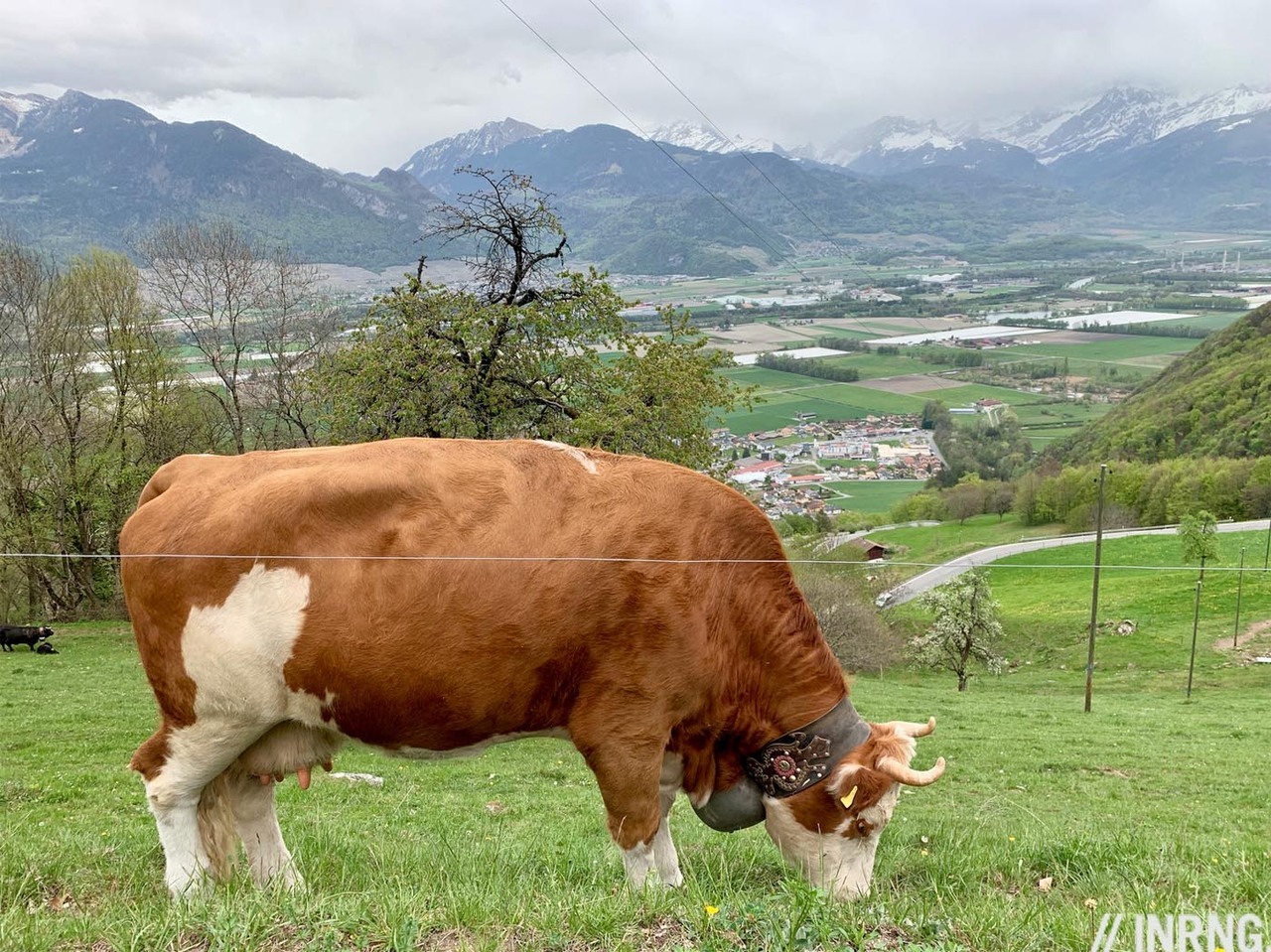 The Feel: the valley floor is windy and there are large wind turbines to suggest this is a fixture. The road is signposted straight out of the village of Vionnaz, you pass its two bell towers. There’s no introductory slope, it climbs at 7% from the start and in no time you’re looking down on the buildings below and passing vineyards on slopes so steep they’re serviced by miniature cable cars, best get into a climbing pace and hold it. By now the wind has gone, the climb is sheltered in a side valley. The road is smooth like you’d expect from Switzerland but varies in width, one minute wide enough for two buses, the next it feels tight when a car needs to overtake you but there’s little traffic as the road above is a dead-end. There are over 20 hairpins to come and the early ones come in quick succession and they’re engineered with a gentle gradient so you can take the racing line when you’re climbing up, just as well as down. The lower slopes are agricultural, and cows graze with their decorative leather collars and clanging brass bells. 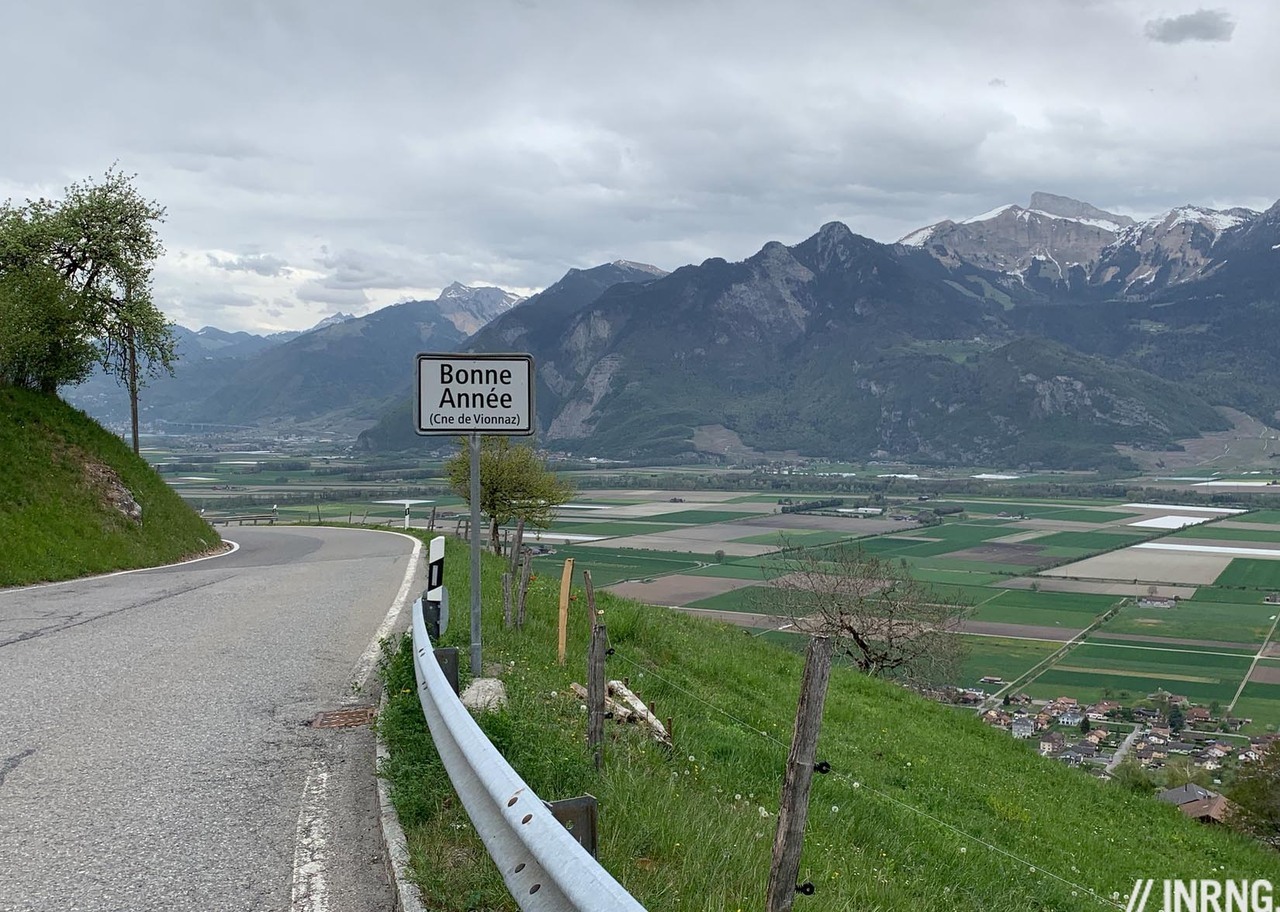 A few houses, it’s too much to call it a village, mark a place called Bonne Année (“Happy New Year”) and briefly inspire a Krabbé-esque inner monologue about how the place got its name. Keep climbing the view of the Rhone valley gets better and down below a metallic building glints in the distance, more of which later. By now the rate of hairpins slows and the number of chalets increases but the slope feels constant all the way up. You reach Reveurelaz and a church and here’s a brief descent which isn’t on the profile above and the road picks up again and in time you get a view of Torgon the ski resort, called La Jorette where the large triangular apartment buildings look like cruise ships beached at altitude: that’s where you’re heading. The village of Torgon appears, it’s got a handful of shops and bars but the kind that are open seasonally at best and here the road levels out. There’s one more kick up behind the town before a brief dip and the road rises by La Jorette. You can carry on and pick up the descent back to the valley.

The Verdict: a very steady 10km climb where, apart from the brief descent, you tend to change gear according to any changes in your mood and feel rather than the slope. It’s an enjoyable, peaceful climb with nice views of the valley but nothing spectacular compared to the nearby the Col de la Croix and Pillon, the Emosson Dam which offer more drama and challenge. For locals it’s just a road up out of the Rhone valley bu if this road existed in say, the Netherlands, Britain or Denmark you could charge visiting cyclists a toll and become a millionaire, it’s an enjoyable ascent and the steady gradient and smooth surface make it satisfyingly fast.

History: the Tour de Romandie came here in 1979 and Giuseppe Saronni won the summit finish here before going on to win the race overall and then take his first Giro d’Italia and then plenty of one day titles like Sanremo, the Worlds and more. Longtime the general manager of the Lampre team and then the UAE team, Sarroni is now an advisor to the team with his son Carlo taking up the reins for the team.

The Future: it’s hard to predict who’ll win this Saturday’s stage so let’s take a broader look ahead… Torgon connects to the Portes du Soleil ski area, an interconnected area of 13 ski resorts shared between France and Switzerland, apparently the world’s second biggest ski area. Whether it’s climate change threatening the winter season or just efforts to broaden the calendar of events throughout the rest of the year, there’s now a drive from the Alpine ski resorts to expand tourism in the summer. This isn’t new but it is accelerating and cycling is a big part of this. The large Portes du Soleil area can afford, or perhaps has to, get in on this. Later this year it’ll host the finish of the Critérium du Dauphiné and the likes of Morzine and Avoriaz are regular hosts for the Tour de France. We’re likely to see more ski areas across Europe and beyond look to cycling, both pro racing and amateur events to boost summer tourism. 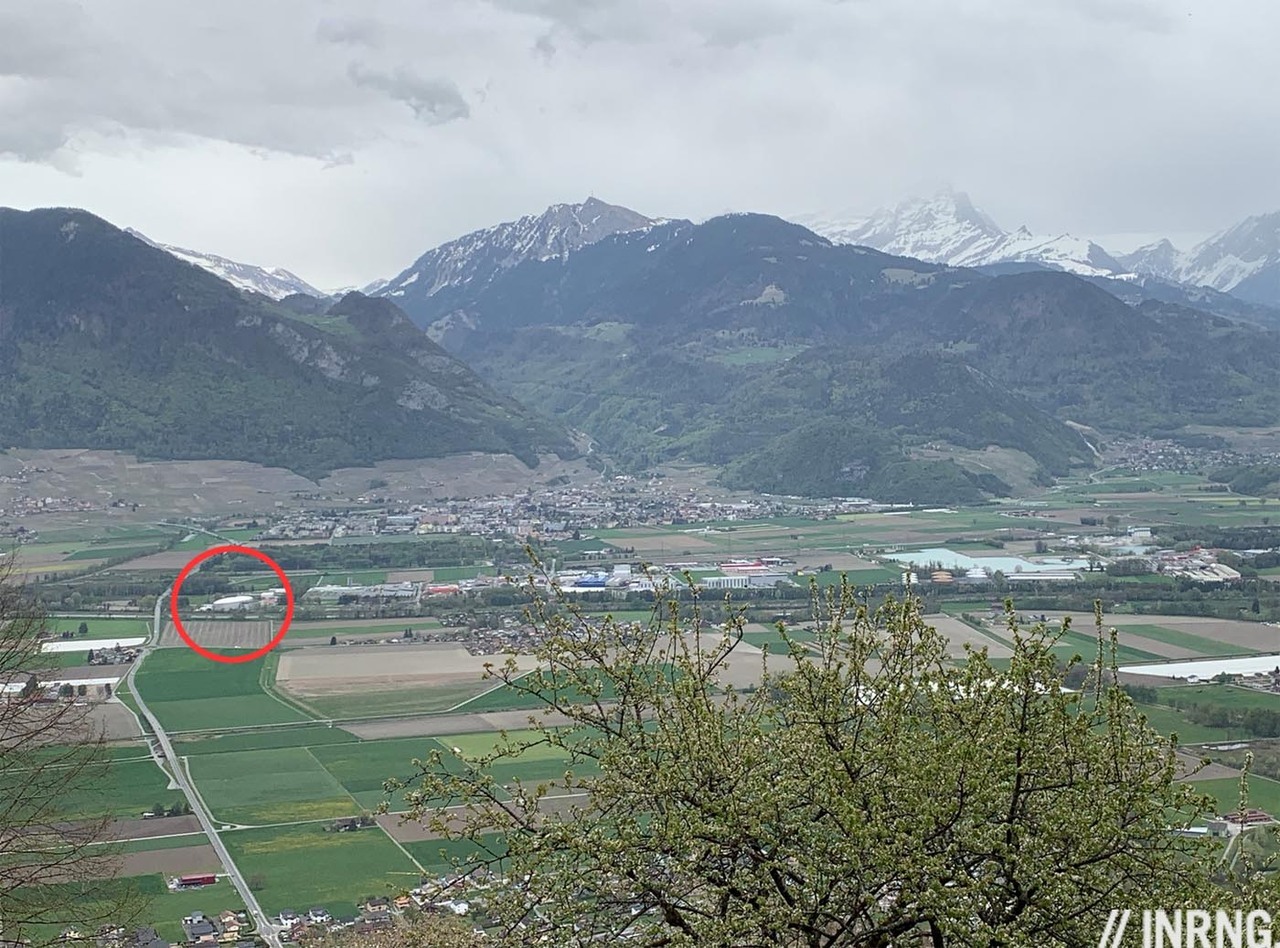 The UCI: cycling’s governing body is in Aigle, the next town across the river. It’s a short ride from the foot of the climb, poetically it’d be nice to say you could freewheel off the climb to the UCI HQ but there’s a railway bridge and the Rhone river to cross so it requires a few pedal strokes to reach but it’s so close and the development team of riders from around the world that the UCI hosts often uses the Torgon climb as a test, the even slope and duration of over 30 minutes make it an ideal climb to measure performance. The building can be seen from the climb, the metal-clad velodrome with its white roof make it a landmark. But that’s the velodrome and you need sharp eyesight to spot the actual UCI offices. It’s the wider view that perhaps tells us something, while you look down on the valley floor the UCI isn’t occupying prime real estate next to the International Olympic Committee, with satellite offices of ASO, RCS, the teams, the rider union, the trade manufacturers and cycling media clustered nearby for essential access. No, cycling’s governing body is a small office on the side of a small velodrome that sits behind a small retail park outside a small town in Switzerland and that ought to tell us something about its power. But the flipside is a governing body with its own velodrome and the staff can climb a mountain in their lunch hour, something a city location couldn’t offer.