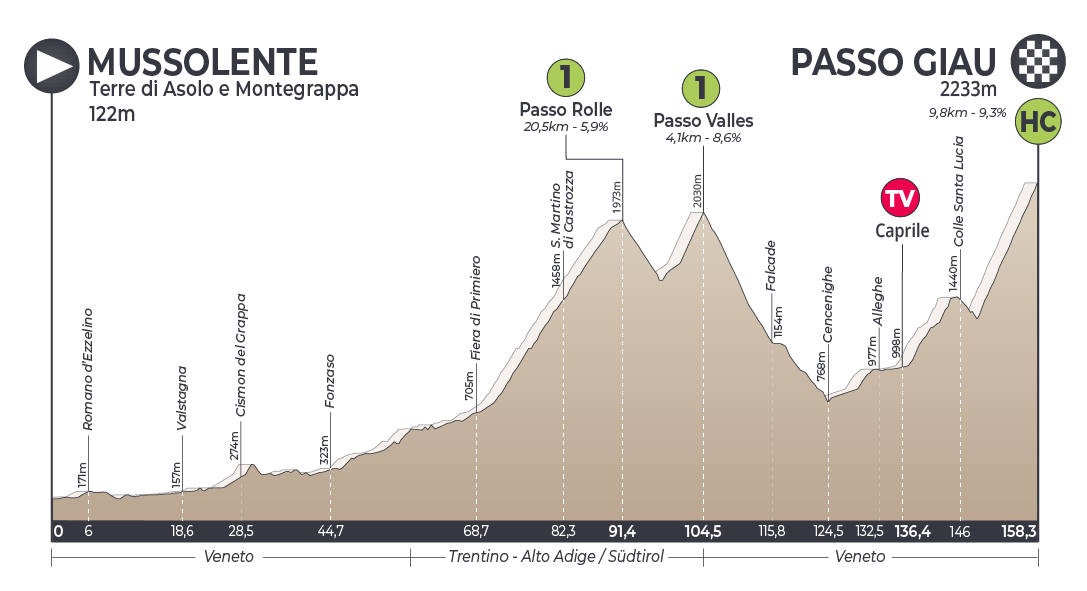 The Adriatica Ionica stage race starts today, a 2.1 race in Italy. Normally with Halle-Ingooigem yesterday that’s it for pro racing beside the national championships until the Tour de France. Now there’s a new race to supply some more more race days and it takes place in north-eastern Italy with a finish in Trieste on Sunday after a team time trial today and a summit finish on the Passo Giau this Friday.

The event has ambitions to grow beyond this corner of North-Eastern Italy and into the Balkans but first it’ll have to find its place on the calendar. It works as a post-Giro resumption race for some and a pre-Nationals test for many Italian riders. It’s also a key race for Mark Cavendish and Dimension Data ahead of the Tour de France. It seems there’s no livestream.

Another new race is Paris-Chauny this Sunday. It’s an old race on the amateur calendar but now a 1.1 event in France and a good test a week from the French national championships. It’s on Eurosport, in France at least. Not so much a new race but a change, Stage 19 of the Tour de France is supposed to finish in Laruns only loyal readers will remember the news last week that the road has been washed away on the descent to the finish. The rains have kept up and the town of Gourette higher up and the valley below has been declared as a natural disaster zone. Residents are suffering so the mere passage of the Tour de France seems anecdotal but you probably haven’t landed on this page for local news from the Pyrenees either: the continuing problems mean even starting roadworks is impossible.

From floods at the Tour to drip-drip public relations. So far only two teams have announced their squads for the Tour de France, Lotto-Jumbo and Ag2r La Mondiale. Injury and illness means these can change. Lotto opted for the slow tease of announcing a rider per day while Ag2r La Mondiale went for the whole eight riders in one go. Presumably the idea of a rider a day allows the team to get maximum publicity although the drip-drip announcement means by the time they’ve got to the last rider you’ve forgotten who the first ones were. As a reminder Lotto-Jumbo are interesting as they go with Dylan Groenewegen for the sprints and Steven Kruijswijk and Primož Roglič for the GC, and all on a team of eight riders. Either way it shows the significance of the Tour de France where team selection can be turned into an event.

Overheard in Saint Gaudens: recent recon rides to the Pyrenees overlapped with the Route d’Occitanie taking place in the region last week. While sipping a post-ride beer in a bar around the corner from some of the race vehicles, it was impossible not to overhear a local family was having a surprisingly loud conversation about a burgling cousin who was caught by the police after a brief chase (apparently the tires on his car were worn so he couldn’t get away). Later the conversation turned to the nearby pro race and whether it was of interest to boost some team bikes, “non” said the oldest man at the table, “nobody wants race bikes any more, it’s all about electric bikes now“. Reassuring?

Next post: UCI to Introduce Cortisol Testing and Ban Tramadol