Peter Sagan leads on the Poggio having blown the field off his back wheel. Michał Kwiatkowski and Julian Alaphilippe are chasing and there’s just 6km to go. If you’ve been watching on TV this is a moment of almost unbearable tension.

Milan-Sanremo is the longest race on the pro calendar yet it’s often dependent on events in the last five minutes. Why all the hours of airtime when surely you could just tune in for the final 10 minutes? All the details make the Poggio’s ascent and descent so thrilling. In the last 20 years the earliest place the winning move has happened… is on the Poggio with 7.3km to go when Vincenzo Nibali’s attack was tracked by Simon Gerrans who won the sprint in 2012. Here’s a chart depicting where the winning move was formed for the last 20 years where Peter Sagan’s attack last year with seven minutes to go counts as one of the longest moves.

In the other editions there have been “sprint finishes” out of select group rather than a giant bunch. We had a few late moves, whether Fabian Cancellara’s attack with 2km to go in 2008; or in the abbreviated 2013 edition won by Gerald Ciolek which saw the seven rider group form with 5km to go during the descent of the Poggio. So here we have the paradox of the longest race where the winning move is launched within the shortest distance to the finish. It’s a contrast to other races. Already this season Marc Soler went with 47km to win Paris-Nice; Romain Bardet and Wout van Aert jumped with 49km to go before Tiesj Benoot later bridged on his way to winning the Strade Bianche. Typically the best races have action all throughout the last hour. 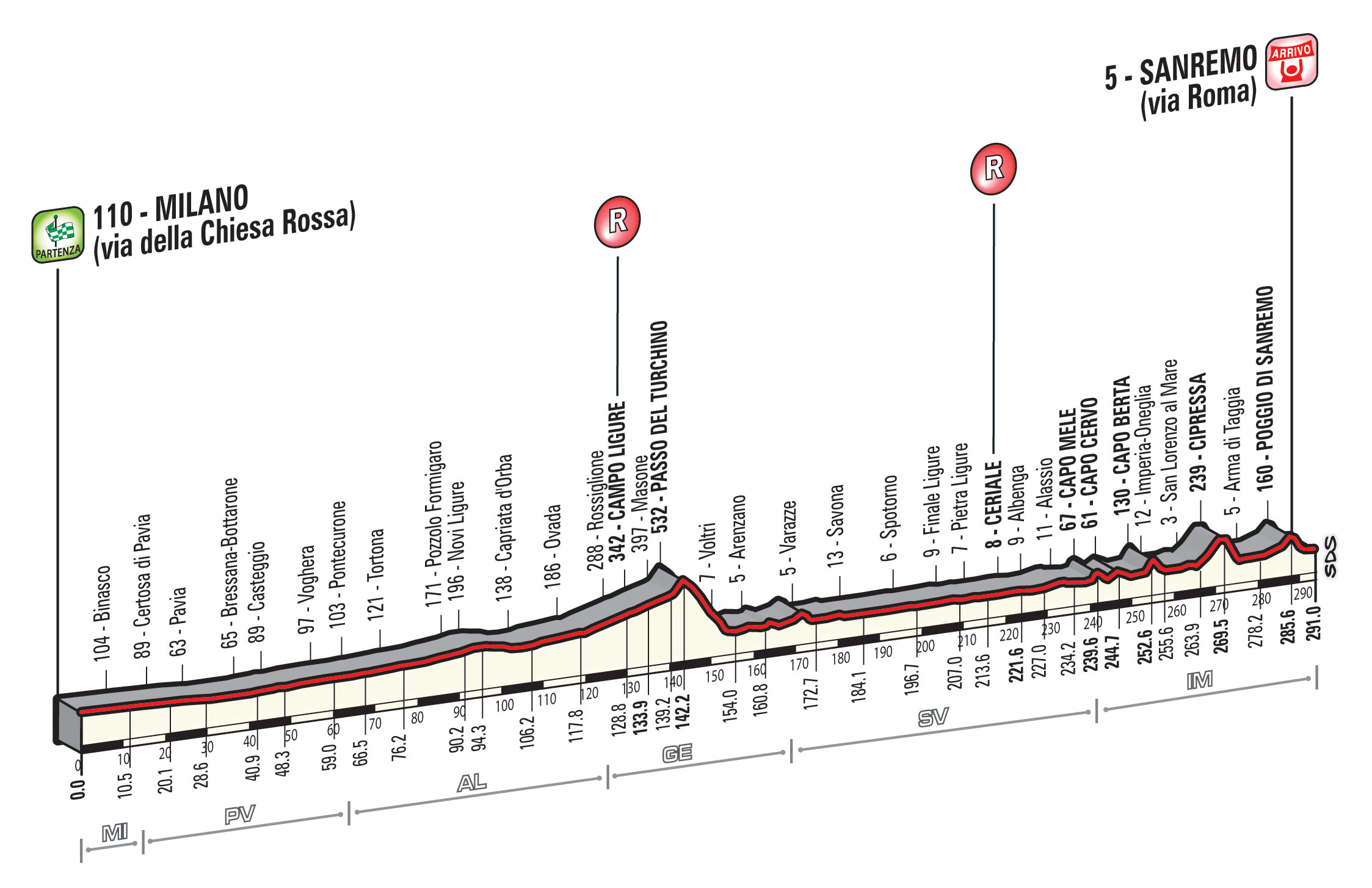 Sanremo does too but it’s subtle. While next to nothing can happen during a dull stage of the Dubai Tour, there’s a lot to look for with two hours to go in Sanremo, who is sitting back, which teams are chasing, how is the breakaway coping? You’re looking for clues in a way that you wouldn’t in most other races. The race is so long long that every pedal stroke counts. The distance, to mangle metaphors, levels the playing field. It’s why we can have sprinters, classics specialists and grand tour contenders all in the action over the Poggio, a rarity that even the Strade Bianche struggles with. The long distance means that the Poggio, barely a fourth category climb, takes on a great significance as fatigue has set in. Easy enough for a sprinter in top shape to pass, hard enough for a punchy rider or even a grand tour specialist to give it a go. Look at the list of previous winners and it’s big on quality, the distance and the Poggio conspire to prevent dud winners and if you wonder about Filippo Pozzato and Matt Goss they won when they were rated as world class riders; Gerald Ciolek took a brave win on a filthy day but arguably proves the point because a modest rider won on the day the course had been shortened.

There’s plenty of action before the Poggio too. Many moves go on the Cipressa and time after time it looks like there’s a move floating away on the Via Aurelia coastal road between the Cipressa and Poggio as teams look at each other to take up the chase. If the stats say the Poggio picks the winner it never feels this certain as moves threaten to take the win and it’s this uncertainty that makes it a gripping watch. 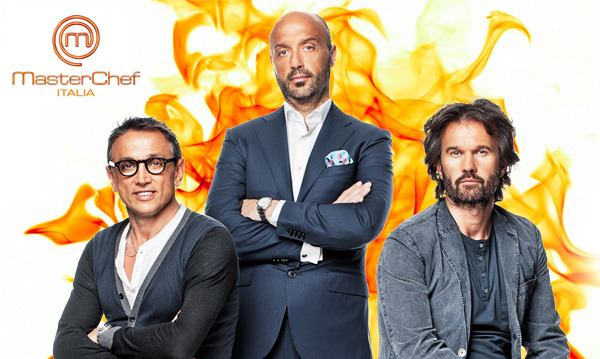 The Masterchef method
If the race comes down to the final five minutes why watch four hours of live coverage? It’s worth asking and if the whole season was like this then the sport wouldn’t exist. But the slow burn approach leading to a cliffhanger is what much of modern TV and ratings hits are all about. The prime time slots are full of reality shows deploying similar production techniques to a quality bike race. People cook dishes, sell the contents of storage lockers, renovate homes and perform tasks on tropical islands. Now you could save yourself the bother of viewing an inane 40 minutes of someone rustling up a soufflé or watching the paint dry during a home renovation by catching the last two minutes to see who won the episode but of course the drama is in the production, the build-up. The filming, editing and narration are deliberately employed to create tension using clever psychological hooks before the “reveal” moment at the end of the show where the winner emerges. The race to Sanremo is the same, the analysis of the early breakaway, the time gap on the Turchino pass, the rising stress as riders begin to get dropped on the Capo Berta, the crashes and then, instead of a panel of judges, the Cipressa and Poggio are the selectors. Granted it’s a lot longer and less structured than a 40 minute slot but it’s real and live. Conclusion
Milan-Sanremo is longest race of the year and paradoxically the least suited to long range breakaways. If you’re pressed for time it’s probably the one classic you can catch late since almost all the decisive action comes in the final kilometres… or even metres. It’s not the race to tell a newcomer to watch but look for the details during the live coverage and there’s something rewarding about watching the race unfold and feeling the tension rise as the race approaches the Poggio, the attacks fly on the climb, the fraught toboggan-run descent into Sanremo and the final sprint.