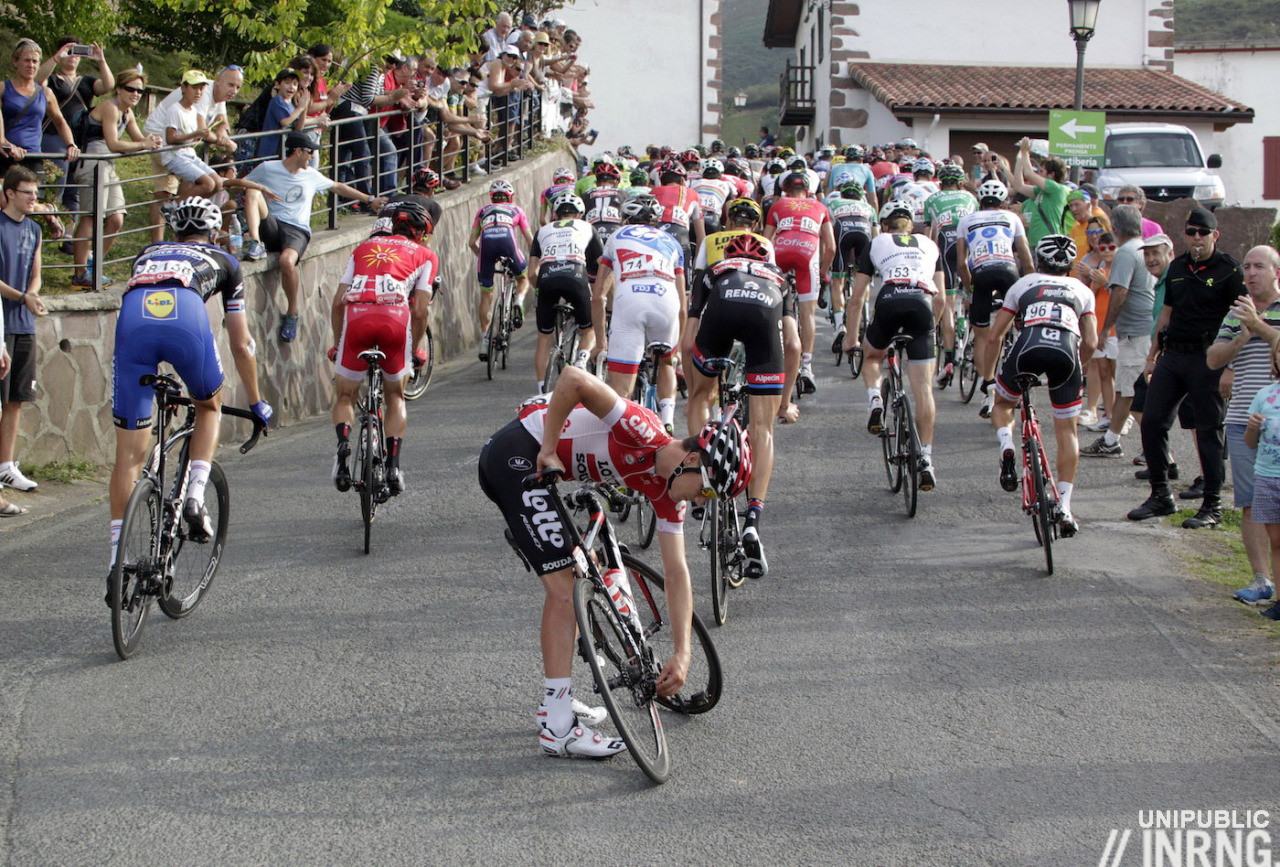 Having mentioned the frenzy in the transfer and rider recruitment market last month, now a quick look at the timetable and process ahead for the World Tour teams and some thoughts on whether the promotion and relegation story should be more public and as much a part of the seasonal drama as it is in Europe’s football leagues.

The timetable? “Chuckle” as someone once said, because there isn’t one. The UCI and the sport could be missing something here, a theme we’ll return to in a moment. What happens instead is that all teams have to get their paperwork in this month but there’s not set date for everything to be resolved and announced. Even existing teams with multi-year licences must still go through the application process, essentially an audit of their finances, admin and a check to see they have enough ranking points to stay up. So if you’ve read that such-and-such team has a three year licence it’s always conditonal on this annual appraisal. We should get a press release in the coming days from the UCI listing who has applied for 2017. Then the easy rubberstamp cases will be quickly reviewed and a second press release will go out in early November confirming those teams that get a hassle-free World Tour spot for 2017, think Movistar, Team Sky or BMC Racing. Last year all 18 teams, the full World Tour quotient, were announced in one go. If there are still outstanding cases then the reviews continue, for example the UCI is holding out for more paperwork from a team or firmer proof of its finances, the team makes representations and the iterative process continues until the UCI feels it can rule.

Note the UCI here is really its Licence Commission. This is a committee run at arm’s length from the UCI in order to provide some independence. Loyal readers will known it’s not staffed by the UCI, instead it’s run by Paolo Franz, Hans Hoehener, André Hurter and Pierre Zappelli – all Swiss. These are not pen-pusher bureaucrats in polyester blazers, Zappelli is a judge and member of the Switzerland’s Supreme Court whilst Hurter has been the boss of a Swiss energy and water utility. A licence for 2016 cost €76,125, a fee large to cover the audit and admin costs to review the licence.

The process can and has gone into December before. This is awkward for the teams who go into December not knowing if they’re supposed to ride the Tour Down Under or not and all the training, rosters and logistics this implies. As FDJ’s Jeremy Roy once pointed out teams can’t even get their new kit made because they don’t know if it will have a World Tour logo or not.

The Drop Zone
Promotion and relegation are a big part of the entertainment in many European sports. A team that loses regularly can still “win” by avoiding relegation from its league; a team that gets relegated down is subjected to a satisfying Darwinian drop. Pro cycling doesn’t have this. Are we missing a trick? Certainly the drama is missing and it could be a way to enliven the back end of the season. But cycling isn’t really a league with clear promotion and relegation criteria. Who topped the Pro Continental rankings this year? It’s a trick question because there’s no single ranking, as the “continental” label suggests each regional confederation has its own standings. In Europe Direct Energie won but they’re not seeking promotion to the World Tour, nor are second placed Cofidis. Bora-Argon 18 are but they finished 11th out of 23 in 2016. So there are rankings but promotion and relegation are not automatic, rather they are circumstantial.

Will Dimension Data get dropped?
We don’t know yet because they might have signed a rider with enough points to help them stay up. Or perhaps another teams fails with its admin or flunks the UCI’s ethics test. As such this is a moveable feast, no sooner can one team announce the signing of a valuable points-a-plenty rider to ward off relegation then a rival team can respond with their own new hire. It’s this dynamic element that means it’s unlike any tradional system, like, say, soccer.

18 teams?
The UCI’s has announced a move from 18 teams to 17. A lot of the tension among some teams could be eased by remaining at 18. Only if this pleases some it will infuriate others. Imagine a team that has potentially paid millions to hire a couple of riders with points. Now this spend is redundant as the relegation worries have gone but they’re on the hook for the rider salaries for a year or two. Not easy.

Summary
There’s none of the promotion and relegation drama of other sports in cycling and the procedure to assess teams is an exercise in off-season admin rather than a known target at the beginning of the year. Maybe we’re missing a trick, a way to spice up the late season and provide a secondary contest among teams? But we can also avoid situations where teams pay for injuries and crucially losing a World Tour spot can mean no Tour de France spot and this can scare sponsors away causing the team to fold. In other words relegation isn’t just frustrating, it can be fatal.