What are you doing this evening? André Greipel is packing his bags and leaving the Giro with exit manoeuvre that’s been so well planned his flight home was probably booked weeks ago. It’s shocking as he leads the Giro’s red jersey points contest and is perfectly healthy. But there’s a refreshing honesty to it all too.

Greipel’s taken three stages and a commanding lead in the points competition, he’s on 169 points with Giacomo Nizzolo on 138 and Arnaud Démare on 111, almost a stage win margin for Greipel ahead of and a comfortable position to defend the jersey. Now he’s going home. There’s nothing wrong with him, he just wants to rest, recover and build for the Tour de France. Marcel Kittel also bailed out the race; he began to look stale at times until he chose to leave. Like Greipel though he flew out saying he had bigger fish to fry this year. 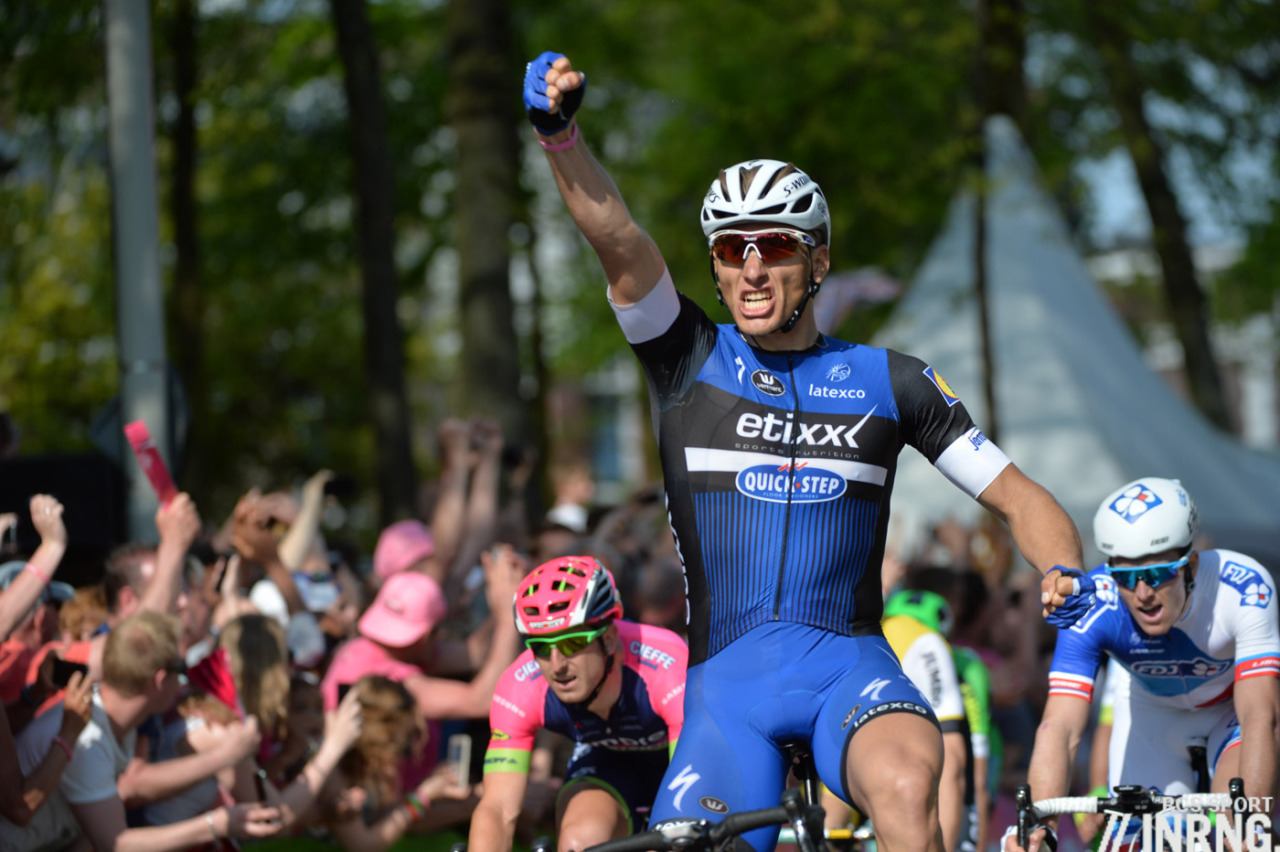 The abandons look transactional. André Greipel and Marcel Kittel got what they wanted and now they’ve gone. Fabian Cancellara’s done the same too, just without getting what he wanted. Greipel’s exit in particular is openly pre-meditated and this shocks many because it’s rare, unconventional and even taboo.

But perhaps we should celebrate the sheer honesty here? There’s no conspiracy for Greipel and Lotto-Soudal, they haven’t concocted a fake fable about a saddle sore or a niggling knee. No pre-planned farce of starting tomorrow’s stage only pull over in the feedzone next to a waiting team ready to ferry him to the nearest airport. In a sport where conspiracy theories go far Greipel’s made an honest exit. Not that such honesty will be cheered, to exit a race like this is taboo, quitting is culturally unacceptable in a sport where the bloody crash victim is expected to hop on their bike and finish. The sport is full of riders trying to outride the boom wagon, the cult of stoicism and suffering was enough to make a whole cartoon film and every year this is reinforced by fresh efforts often captured on TV. See Tom Dumoulin trying despite that saddle sore and only this morning Astana workhorse Valerio Agnoli described his exit, thanks to a broken wrist, as the “great humiliation of my career“. There’s even a UCI rule that says riders who quit a race cannot start another event until the race they quit has finished, at least unless they get permission from the UCI and they race they bailed on.

The Giro could try means to persuade riders to stay on, for example a bigger cash prize or the UCI could give precious ranking points. But by now we’re looking into what could be done rather than the present situation faced by Greipel and others.

Good or bad for the Giro?
Both. Greipel will probably go home, rest and resume training but the rule is designed to protect the race and Giro director Mauro Vegni face this evening could be as red as Greipel’s jersey. Once the embarrassment fades though surely the overall the balance is positive? For RCS it’s commercially superior to have star sprinters in the race for 10 days and the attendant global media attention rather than to have people say “meh” at the prospect of a bunch of secondo piano sprinters none of whom abandon. Still, it wounds when riders bail saying they need to prepare for the Tour de France. It’s like hosting a party only to find your guests walking out early in the evening saying they need to rest because they’ve got dinner the next day with wealthier friends. 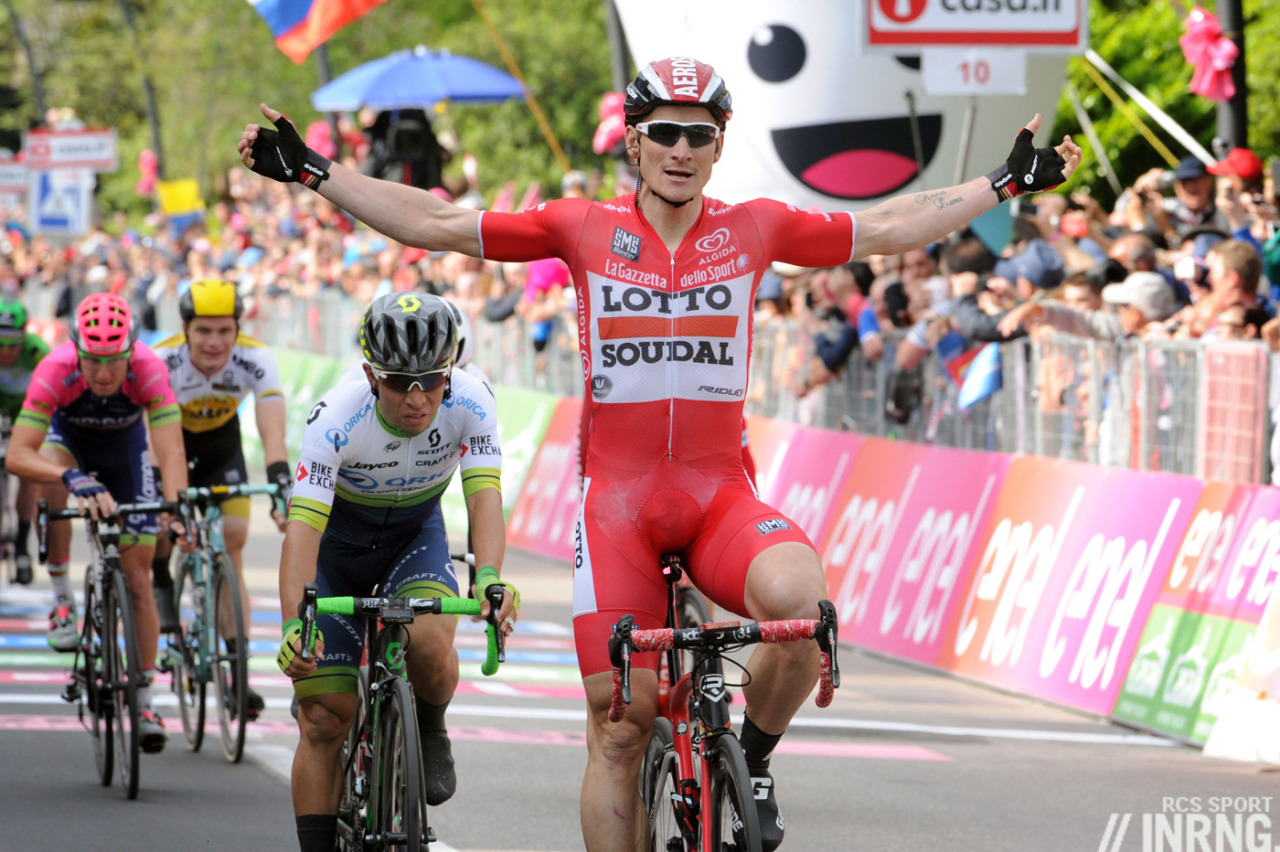 So who’s next?
The 2016 Giro has the air of a handicap contest, a giant elimination race where the best sprinter gets removed in order to give the others a chance. No sooner was Marcel Kittel head, shoulders and even ankles above everyone else than he flew home. André Greipel became the alpha sprinter and now he’s bailed. Will the sprinter who wins in Cassano d’Adda on Stage 17 quit in order to give a chance to someone else for the final stage in Turin? This might sound sarcastic but maybe there’s an element of truth. It’d been said that Caleb Ewan is going to quit the race, this was aired by Orica’s Matt White before the Giro started. You’d expect him to quit today too. But what chance he stays on? Perversely his second place today means he’s now in with a big chance of the win next week if only he can get over the mountains… at which point he could collect the stage win and go home. Easier said than done.

These abandons and their seemingly elective nature do undermine those who ride on. Anyone who wins the next sprint gets a stage which is great, but it’s bound to come with mutterings that they’re not The Fastest, merely the residual. More power to their elbows for staying on we’d all say but examine the situation and it’s not great: the only reason they’re staying on is because they don’t have bigger plans. Caleb Ewan isn’t going to the Tour de France yet, Arnaud Démare’s riding the Giro because FDJ are going all in for Thibaut Pinot, Giacomo Nizzolo and Sacha Modolo are peaking for their home race and their teams could well leave them behind in July. Good on them all for riding on as far as they can but there’s an obligation on them to win a stage if they can. They have to ride on. The silver lining
It’s not all bad for the surviving sprinters. In the 2014 Giro Marcel Kittel won the opening Irish stages with humiliating ease, then fell ill and quit the race before it reached Italy. The result was that Nacer Bouhanni went from being second fiddle in Kittel’s shadow to taking three stages in the race: three World Tour, Grand Tour wins just at the time when his contract with FDJ was up. It gave him bargaining power and resulted in him becoming a millionaire, the highest paid French cyclist in history. There’s no doubting Bouhanni’s talent and promise but surely this was a “Sliding Doors” story, had Kittel avoided that stomach bug would Bouhanni have landed such a big contract? Maybe not.

Conclusion
Kittel, Greipel, Cancellara. Ewan could be next but maybe he stays now his chances of a stage win rise in the absence of these names. It shocks when someone walks out on the race citing bigger goals. It devalues the red jersey and the Giro. But the more we examine it perhaps the more we should accept it? Ideally the red jersey wearer would ride on and, to coin a phrase, fight for red. But we’re not there and if the likes of Kittel and Greipel have gone, at least we can salute their blunt honesty, openly admitting they’ve left the race with new goals in mind rather than faking injury or fatigue, a polite excuse but also a deceit that could equally implode if they’re spotted on social media riding hard within days. Similarly it might look bad for the race if they leave but it’d look worse if they didn’t bother starting. Ideally the Giro would be worth continuing for its own sake but we’re not there this evening and short of reforming everything in the sport to achieve that Greipel’s exit shocks but on reflection can be explained.

Previous post: A Day Watching The Giro on RAI