Marcel Kittel won today’s stage of the Tour de Romandie, hanging on over the climbs when other sprinters were dropped. It puts him at the top of the individual rankings table with eight wins this year. Lone Wolf?
Femke Van den Driessche gets a six year ban. But what of her entourage? Her ban for using a motor was backdated to October 2015 suggesting she confessed to using it before it was discovered at the World championships, or the UCI was confident it could prove she had been using a motor since then. This suggests the “my friend dropped the bike in the pits” was a load of bunkum – of course – but crucially means the motor wasn’t some fringe ruse but a regular component of Van den Driessche’s technical support. Seeing her punished but no word on her entourage is frustrating but if she’s opted to say nothing and nobody in her family, team or national squad is rushing to incriminate themselves then it’s only her who gets the ban and fine for now.

Suttoff
Talking of one person who’s gone when there could be a team behind the problem, British Cycling’s “Technical Director” Shane Sutton has resigned. He has long come across as a “character” and seemed an odd choice to replace Dave Brailsford, the drill sergeant taking over from the general if you like. In 24 hours Shane Sutton was suspended, British Cycling forced into launching an enquiry into discrimination and then launching a separate one too and then Shane Sutton quit. As much as Sutton is in the middle here it sounds like an institutional problem at British Cycling rather than one person going rogue. It took one interview by sprinter Jess Varnish to break the dam and a flood of interviews and statements followed. All timed with 100 days to the Rio Olympics too.

Off track
On the subject of Rio and track cycling, is the velodrome finished yet? Apparently not and if there’s time to finish fitting out the building one concern is that they’ve laid the wooden track already but not completed the rest of the building. This is problematic. Picky Olympic rules specify Siberian pine which is not suited to the hot and humid tropical climate of Rio. As such it needs to be preserved in optimal conditions with the right temperature and humidity control, something that’s not obvious in an unfinished building as builders come and go and something Brian Cookson is concerned about. It could mean kinks and bumps in the track. There are always “host not ready” stories before the games but this time things look more significant with the backdrop of a political crisis too. 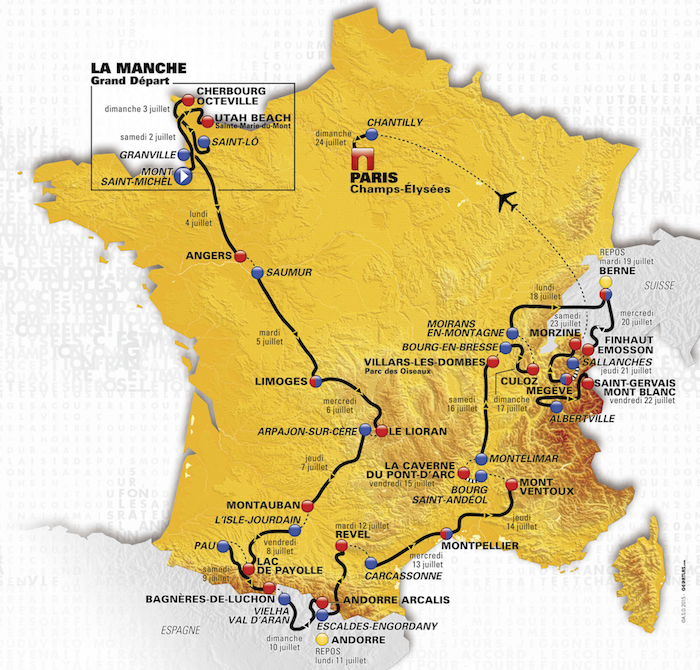 Tour Route set
Hopefully France is ready for the Tour de France. It should be as work on the 2016 route is finished. The overall route was unveiled last October but never gets published in full until May. It’s because if the start and finish towns are known and the likely route in between is pencilled in, the exact route has to get approved down to last metre through France’s layer cake of government tiers. Mayors want the race to take a particular route through their town, some to alleviate congestion and others to show off the location’s charms. They don’t hold sway but can still influence the route and this process takes months with the route finally getting signed off in April.

Hinault statues
Another thing that’s been approved by French local government is the commission for a statue of Bernard Hinault which will be installed in Sallanches in the Alps and probably be unveiled by the man himself this summer when the Tour visits. He won the World Championships there in 1980. If it’s rare to have a statue for a living person then 1,000km away councillors in Brittany have ordered another statue of Hinault too. Several living cyclists have statues celebrating them, including the still-racing Samuel Sanchez, and I’d like to make a list or map of them so if you know of more and their location please leave a comment below. So far several names have been collected via Twitter like Marianne Vos, Freddy Maertens, Luis Herrera and more.

Vélobsédés podcast
Staying in France and having suggested Mitchell Docker’s podcast a while ago, a mention of the Vélobsédés podcast. It’s in French but sometimes people email to ask for foreign language podcasts, especially if they want to learn a language. Strictly speaking it’s not a podcast as there’s no feed but instead it’s weekly live discussion that’s recorded and soon after you can download it. The lively conversation and insight makes it worth the clicking to get. The hunt goes on for Italian, Dutch and German pro cycling podcasts. 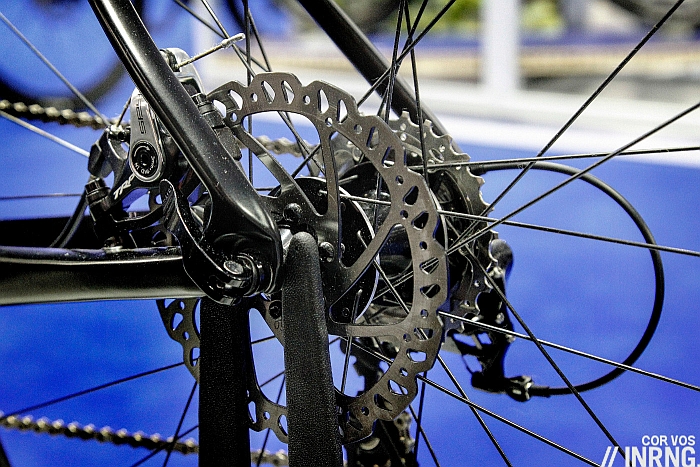 Over to Spain now where they’ve banned disc brakes in amateur events. Or have they? It turns out they’ve always been banned so there’s no news here said the Spanish federation the other day. Only now the Catalan federation says discs are fine according to local newspaper El Periodico. Put aside the increasingly boring debate over discs and this is an amusing look at Spanish regional politics where a sizeable portion of the public in Catalunya wants to become independent.

Comments
A housekeeping note because the mere mention of disc brakes seems to set people off but if you want to rush to the comments section be warned they might be turned on and off. It’s not because someone’s posting nonsense… although that can happen too. Instead some bot in Russia is trying to post an inordinate amount of spam comments on here specifically on last week’s Disc Brake Fiasco piece. Even if software filters it out this still eats up precious bandwidth.

Foakleys
Finally if the spambot is trying to seed links to fake insurance websites but a regular source of spam comments that get zapped by the software are for “Oakley” sunglasses. Of course they’re trying to promiote hyperlinks to websites selling fake Oakleys, sometimes labelled “Foakleys”. There’s a good article on the fake industry by trade website bikebiz.com.