Everyone wants to win and pressure mounts on teams that have yet to win. Do early season victories matter? Does getting off to a good start in the season help a team’s results through the rest of the year and does having a poor start mean the rest of the year is going to suffer? Here’s a statistical analysis and some thoughts on the matter.

The idea is simple that a team that gets off to a bad start risks carrying on for the whole year. Riders are demoralised, the media gets on their backs and calm tactics give way to panic measures as the pressure mounts to deliver results creating a negative spiral. Is it true?

Let’s crunch the numbers for 16 World Tour teams: Ag2r La Mondiale, Astana, BMC Racing, Cannondale, Etixx-Quickstep, FDJ, Giant-Alpecin, Katusha, Lampre-Merida, Lotto-Jumbo, Lotto-Soudal, Movistar, Orica-Greenedge, Team Sky, Tinkoff-Saxo and Trek-Segafredo over the last three seasons. Fellow World Tour teams IAM Cycling and Dimension Data are left out because they’ve been in the Pro Conti ranks over this period so this could skew the results. As a proxy for early season results the cut-off was the end of March: count the race days and almost precisely one quarter of the season’s race days have gone. The teams are ranked by wins for the first period to the end of March and then for April to the end of the season. Then these rankings are checked for correlation to see if teams that score early wins will keep on winning. Here the rankings as scatter graphs for the three years.

The evidence says that there’s only small correlation (rho = 0.591 in 2015, 0.32 in 2014, 0.404) in 2013) between early season success and having a good run through the rest of the year. In other words win early and you don’t really get into a groove for the rest of the season and teams struggling now can recover their mojo over the summer.

To illustrate this with anecdotes let’s see 2015 for some examples. From the start of the season to the end of March Etixx-Quickstep topped the team victory rankings while Lotto-Jumbo were last and this was true for the period from April to the end of the year too. But in between there was a lot of movement, Movistar for example were second equal for the early season period but 10th for the rest of the year while Trek had a good start in sixth place but ended the year in 14th place. In 2014 Ag2r La Mondiale got off to a roaring start and were fourth on the team rankings table by the end of March only to finish last for the rest of the season and last for the whole of the year.

If there’s only a small correlation to having a good start to the season and future success this suggests any causation is going to be even more tenuous. Winning early often means having a house sprinter to collect early season success as the peloton is spread around the world, for example see Bryan Coquard racking up the wins for Direct Energie right now. Doing it later when teams and the best sprinters are concentrated together in races like the Tour de France is another matter. Similarly some teams just aren’t cut out for the shorter, flatter races at the start of the season. Instead of having a punchy sprinter with a track background Tinkoff has Alberto Contador and Rafał Majka whp need long days in the mountains to take their wins so over the last three seasons they’ve a disproportionate amount of their wins later in the season with only 11.7% of wins achieved in the first quarter.

The Moneyball Pitch
So if you’re a team manager starting with a blank sheet of paper to assemble a team and plan the season ahead what do you do? There are few cheap sprinters right now. Ever since Nacer Bouhanni signed a €1.2 million deal with Cofidis prices for sprinters have risen substantially so hiring someone to take a few cheeky wins in February and March comes with an outrageous price tag. Prior to this it would have been good to try and recruit a second tier sprinter to collect some wins, for example Astana have Andrea Guardini for this role, he might be Italian but can’t get a ride in the Giro and has to settle for taking smaller wins.

All this focuses on data but in cycling storytelling counts for so much. Any team that has a slow start can quickly feel the pressure as the media and fans point out the lack of wins. Any manager saying “don’t worry, we’ve planned it like this” will find people saying “they would say that, wouldn’t they” and mocking a rider’s second place in a photo finish as “part of the plan“. But resources can be deployed differently, why spend all that money on big pre-season training camps in order to have your team red hot in February when you could save the budget for later in the year in order to strike when it really counts? Then again a few early wins are good for morale and cohesion.

The broader question is whether early wins count for anything more than morale and narratives. The data suggest they don’t bring momentum. It’s questionable whether they bring publicity. We might think the goal of a team is to win but really it’s to promote their sponsors and if winning the best way to do this not all wins are equal. Take an untelevised race with a handful of spectators at the finish line where the results end up buried in a local newspaper and yes, you have a win in statistical terms but the publicity gains are tiny. Taking out an ad in the local paper would have been cheaper. 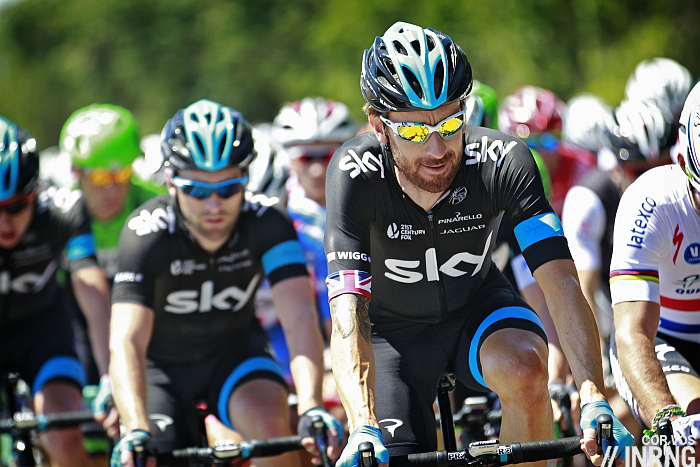 Instead the optimal solution is to to draw up a list of target races that reach the target audience of the team sponsors. The Tour de France is obvious as it’s piped into so many homes and has huge roadside audiences. But elsewhere sales of lottery tickets and scratchcards in France won’t change if FDJ storm the Tour Down Under but this race matters to Orica-Greenedge a lot more. Team Sky have gone big on the Tour of California in the days when 21st Century Fox was on the jersey as a sponsor and given the enormity of the US bicycle market California is a big deal for Cannondale, Trek and other teams with prominent manufacturers.

Conclusion
Does a team that starts winning early carry on winning throughout the year? No. Going by the data for 16 teams over three seasons here’s little to suggest that good fortune early in the year brings momentum, that success breeds success. Instead it seems structural as teams with climbers obviously wait until the snow melts while a team like Etixx-Quickstep that has a lot of riders capable of winning one day races win a lot. A coach or team manager might like to hire a sprinter to pick up early wins but a sponsor might wonder if the price paid is too high given the meagre publicity available in many small races.