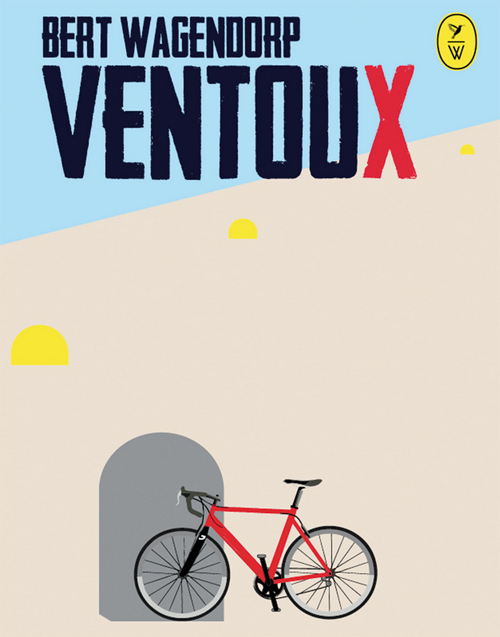 A big deal in the Netherlands, Ventoux was made into a film and now it’s been translated into English. Good timing with the mountain is set to feature in Paris-Nice and the Tour de France. But is this a cycling book?

“When I turned 40, I stopped smoking, got my old Batavus out of the shed, and began cleaning it up. It was, may I say, one of my better decisions. On the bike I began slowly but surely to realize that you can go right, but also left. That you can always take the same route, but you can also choose a different one.”

It’s the story of childhood friends reunited. The early scenes of adolescence often have cycling in the background. Five teenage boys meet a girl in a park on a summer’s day to form the group that will eventually travel to Mont Ventoux. As they stare at the girl there’s a radio playing in the background with the commentary of Peter Winnen’s stage win on Alpe d’Huez. This gives extra references for cycling reader but also supplies historical cues that make the fiction more factual. 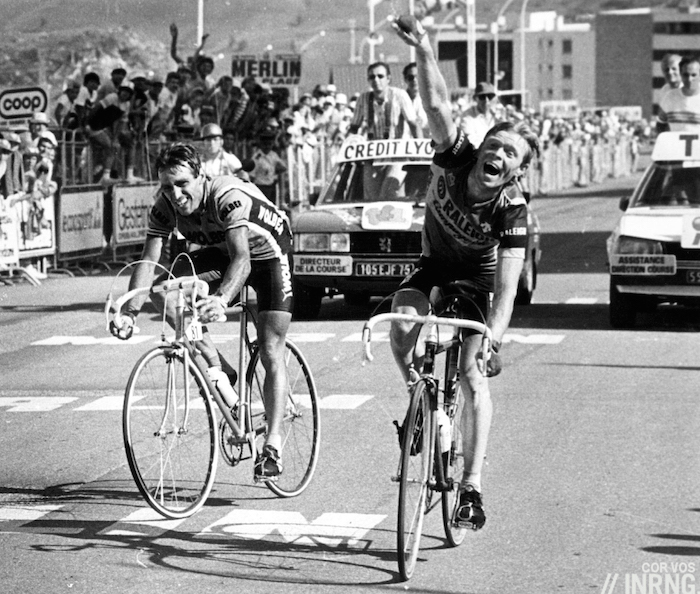 Without giving the story away, it’s the story of friends to make it to Mont Ventoux only for something to happen on the mountain that splits them apart until their reunion 30 years later. It’s got that clipped Dutch prose that you might know from Tim Krabbé’s “The Rider”. Another similarity to The Rider is the way the text jumps back and forth from the present to the past to develop the story. Just as Krabbé’s tale flits between the race in progress to tell all sorts of side stories, whether the author’s past or anecdotes about racing cyclists, Ventoux diverts to past moments in the characters lives to add depth.

If you’ve seen the film “Sideways” or read Rex Pickett’s original book then there’s a similarity here, a mid-life crisis played out among the vineyards of the Ventoux instead of California and with Rapha and a Pegoretti instead of merlot and cabernet sauvignon. There’s a note of Nick Hornby too with the middle-aged laments and frequent references to music: the release date of a Joe Jackson LP matters in a tiny way to the story. There are little ironies like the character David who’s father owns a travel agency and lives in an apartment above the shop. Sometimes this goes a little too far, the characters having a reunion includes a crime correspondent and a criminal; a physics boffin and a poet; a girl who grew up in a strict religious family and a boy who lived on a brothel barge. This is six characters in search of probability although it’s more apparent to the reviewer thinking of structure than the reader immersed in the book.

“We were 18. Eighteen. What is it? The most beautiful age? The most tragic?“

Can or should we try to visit the past? This is a central theme of the book and not just the return to Mont Ventoux. Friendships and music appear in the tales of the past, modern life seems cast in a colder light, the reunion is interrupted by complicated by iPhones and lawyers. But it all works out, perhaps too much with an ending that’s cheesier than a busy day in Alkmaar’s market square  – near where the central character lives – and it ends with the feel of one of those movie endings where the studio used a test audience to contrive a happy outcome. 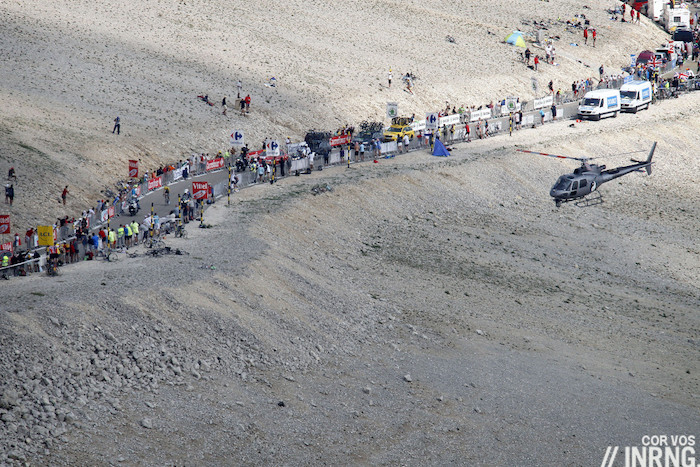 Is this for the non-cyclist? Yes and this is not a cycling novel nor a sports story, it just uses the bicycle and Mont Ventoux as dramatic props. What is the Ventoux with its altitude and barren rocky summit but the opposite of the Netherlands? There are few technical references, there’s one mention of a 42 tooth chainring and the characters discuss how to clean a chain at one point. If anything the harder part for anglophone readers are the little cultural assumptions that are fine for a Dutch audience such as mentions to Peter Winnen or Gerrie Knetemann, names probably familiar to middle-aged Dutchmen who grew up with Theo Koomen’s rabid radio rantings but probably unfamiliar to those who are newer to the sport or just younger.

The Verdict: this would not have been read nor reviewed had it been called “Matterhorn” and used rock climbing or “Kilimanjaro” and about hiking. It’s not a sports story even if it uses Mont Ventoux and for every time Tom Simpson reference there’s one for Petrarch or Lynyrd Skynyrd. Still it is an easy read with the tight prose and the familiar setting and use of the bicycle makes for an interesting meditation on youth and friends from the past. If you want to read about Mont Ventoux there are other books but if you want a light novel with bicycles and music try this and you’ll soon be turning the pages and caught in the suspense.