Sporting rivalries make great stories, a binary contest that’s easy to grasp even if the underlying story can be more sophisticated. This summer we expected to see Alberto Contador vs Chris Froome but this didn’t go far. We also had Froome and Bradley Wiggins, a rivalry by distance sporadically conducted in public via book launches and interviews. “Slaying The Badger” is the story of Bernard Hinault and Greg LeMond, two riders on the same team each trying to win the Tour de France. Or were they?

The book has now been made into a film. But this is no dramatic reconstruction, it’s a documentary with contemporary interviews spliced with archive footage from the 1980s. It’s part of a series of documentaries by ESPN, a US broadcaster, called “30 for 30”.

The main difference between the book and the film is that the book is the tale of the 1986 Tour de France while the film is more a LeMond biographical. The film is fine in this sense as it allows for plenty of amusing footage of LeMond’s early days where his famous “to do list” from the junior days to his first phrases in French to the media. But the book is always going to have more time to explore the characters than a 75 minute documentary. 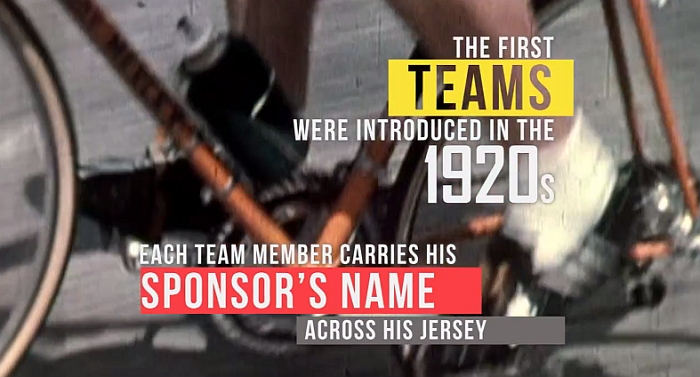 The film does lose a bit of time explaining some of the basics of cycling and introducing Greg LeMond, including bookends on Lance Armstrong which have little to do with the main subject. It doesn’t interview as many people as the book although the familiar voices are there with accounts from Andy Hampsten, seemingly as youthful as ever plus La Vie Claire coach and manager Paul Köchli. Bernard Hinault is interviewed too in a closed restaurant, a scene reminiscent of a mafia film where the Don does business and he’s as assured as ever, flashing his teeth. Meanwhile much of the LeMond interview sees him wearing a barrel-like chest brace following a car crash but it only adds to the imagery of a fragile man. This is suggestive but watch more and you see how tough LeMond was to make the move to Europe and live in basic conditions just to get his racing career going.

The fundamental premise of the book remains, this is not merely a sporting rivalry but two rival accounts of the 1986 Tour de France. The race result might be known today but the events of 1986 don’t have a settled truth. Greg LeMond and his entourage say one thing; Bernard Hinault and his another. In short LeMond expected Hinault to work for him to help win the 1986 Tour de France while Hinault was less committed and you get to see the footage of numerous attacks.

The film tries to stay neutral but language and access means there’s more input from LeMond and there are a few mentions of “Greg” in the captions while Hinault is always Hinault. Köchli is elusive, as if he saw a third version of the race. Hinault’s version is that he’d promised to help LeMond win but he didn’t promise to make it easy and besides, the Badger’s antics only glorified LeMond’s win claims Hinault. The film captures another element of the book with the contrast of LeMond’s insecurity versus Hinault’s exploration of the frontier between confidence and arrogance.

It’s well-filmed, at least when the original photography appears and it’s accompanied by neat Piet Mondrian style captions that recall the La Vie Claire jersey. There’s plenty of archive footage and it’s used well. It’s not the same as wasting time on Youtube, the clips are tightly edited and there’s plenty of footage you might not have seen. For example you might have seen the image of Hinault lashing out at protesting shipyard workers blocking the road but the documentary includes footage of Hinault taking a swing and the chaos around. In addition the documentary features plenty of photo stills, in fact so many that there are a couple of moments when it feels like you’re watching a Powerpoint presentation as captions slide across photos. All this happens in a storyline that builds towards suspense, can Greg LeMond win the Tour de France? You know the answer but the script’s designed to hook in more ESPN viewers. Summary
Buy the book for the full story of the 1986 Tour de France but see this for some rich archive footage and a tight video biography of Greg LeMond. It’s entertaining and informative and even if you might know who is going to win the 1986 Tour, the story of how it happens is told with suspense and drama. It’s a well-told story and tightly edited for 75 minutes, you’re left sympathising with Greg LeMond, seduced by Bernard Hinault and the sum of the two emotions is that the 1986 race was all the better for it.

Note: this video was made available to watch online thanks to ESPN

Next post: Can A Frenchman Make The Podium In Paris?