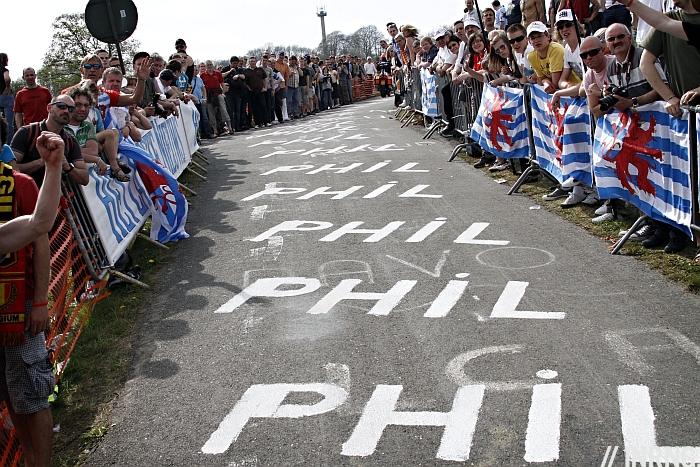 As the latest in the series to explore the famous roads of cycling, here is the Côte de La Redoute in the Belgian Ardennes. The idea is to discover the road and its place in the world, whether as part of cycling’s history or to look at the route on a day without racing and it is open to all.

La Redoute’s name means “redoubtable” and has long been decisive in the Liège-Bastogne-Liège, if not selecting the winner but determining the lead group for the day. 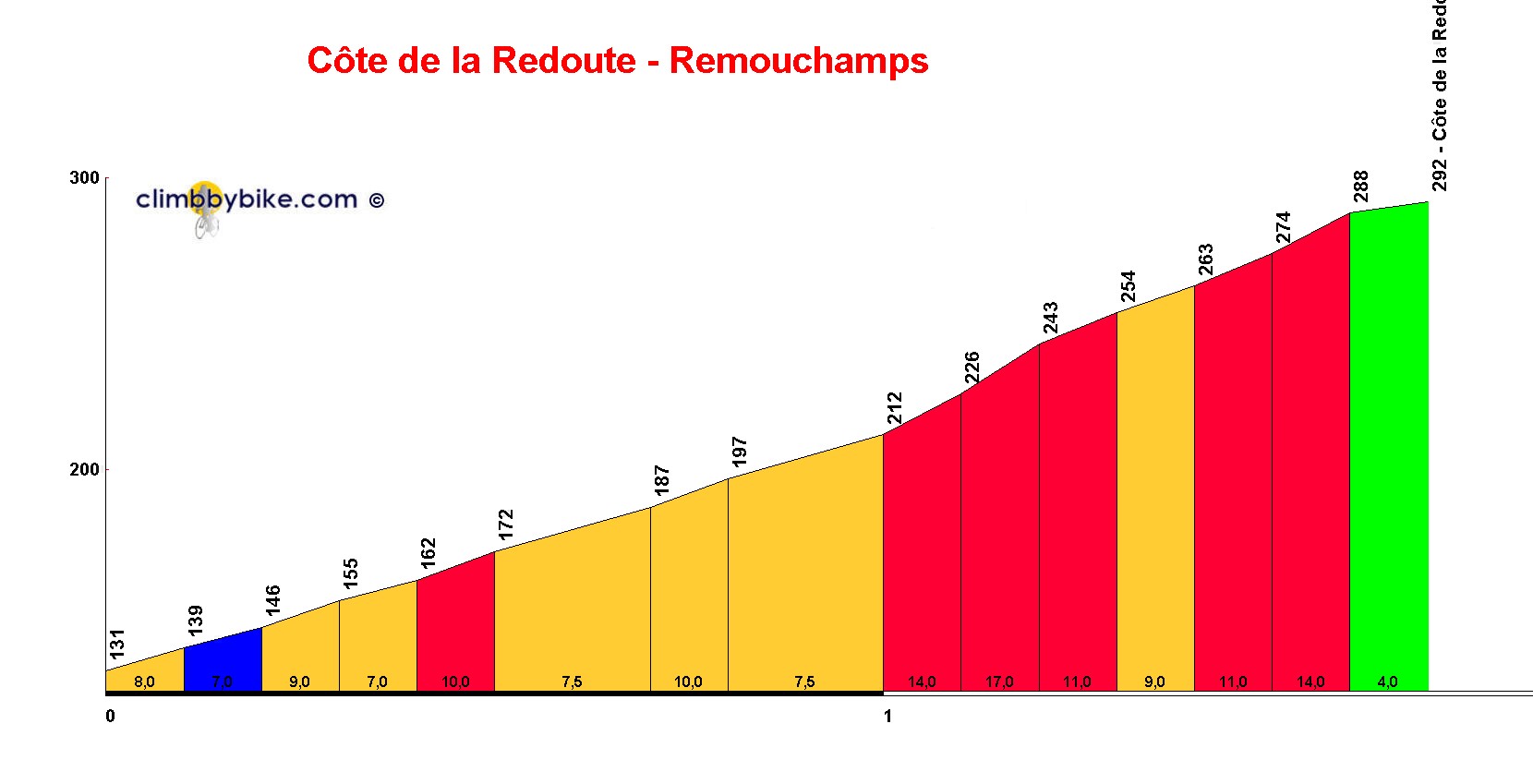 It’s 2.0km at 8.8%. The climb starts in the village of Sougné-Remouchamps next to the Amblève river. The climb’s notoriety ensures tourist are guided by roadsigns to the start of the climb and the road picks its way out of the village. There are three parts to the climb. First it leaves the village and passes by neat gardens and walls. Second the road passes underneath the N662 Expressway and then bends right to ride parallel to the main road. Third the roads bend to the left to leave the busy highway behind and climb up to the top where you turn left to complete the climb, passing a small memorial that marks the top.

The Feel
Sandwiched between a pizzeria and a cake shop, the start of the climb of La Redoute might as well have a big sign warning those who enjoy a snack to climb off their bikes. But you’re not here to eat so riding on is easy enough, especially as it takes a while before the road rises. The villagers of Sougné are indifferent to the passing cyclists, after all the road is regular climb for locals and especially one native called Philippe Gilbert. The World Champion resides in Monaco these days but this is his home climb.

The first part to the highway bridge is easy enough but boring as it’s not the famous part. It ends with the bridge but the giant structure you pass under doesn’t add to the romanticism. Turning right, things become worse as you run parallel to the high speed traffic. This section is one of those roads that seem to defy gravity, only in the wrong sense. Is it an optical illusion? Either way the road doesn’t seem to rise much but it feels slow. In fact it’s still 7-8% but looks flatter and has a dull feel, like the service road of an airport.

But when the road bends left again there’s nothing illusory about what your eyes can see. The gradient pitches up to 14% and the road narrows. This is the reason people come here and it makes the race. Here is the redoubtable section and soon comes the hardest part as the road rises to 17%. To your side are fields and by now you’re probably going slow enough to count each fence post, in fact you’ll complete one pedal rev per fence post here. By now it’s becoming a series of leg presses although the gym is usually lush green with vegetation. The road hardly turns, it twists like a tarmac snake. More fence posts pass and by now the road graffiti is everywhere and the noise of the traffic from the highway below has faded.
PHIL
PHIL
PHIL
Soon the top comes into view, a junction where you go left and the road passes the La Redoute memorial stone. It’s tempting to think the climb is over but there’s not a false flat along the ridge that rises. By now everyone is spent but the words of four time L-B- L winner Moreno Argentin should be noted:

“a lot of riders mistakenly think you should attack on the hardest part, but in reality you hurt people on the slightly flatter section that comes after this“

For the race route carry on until the first crossroads and go right towards Sprimont.

The Race
Everything changes on the day of Liège–Bastogne–Liège. Whereas the climb is a solitary place for most of the year, for one Sunday in April it becomes a mountain with thick crowds making the narrow road even smaller. By now the riders have got 220km in their legs and the climb is vital as is the tricky false flat over the top. The race might be old but the climb is a relatively new addition and was first climbed in 1975.

The Region
La Redoute is just a road. It’s no mountain and instead is simply a way of climbing up out of the river valley. What makes Liège–Bastogne–Liège hard as a race is the succession of climbs, the twisting descents and the small roads. La Redoute is probably the hardest of the climbs.

The whole Ardennes area is a scenic place for riding but it lacks the unified regional identity of Flanders, Roubaix or Sanremo. You can be in those places and know instantly where you are, even if this is because they’re ugly at tiues. But much of the route of Liège–Bastogne–Liège could be in the Vosges of France, Bavaria in Germany or Switzerland’s Jura. The woodland, the valleys, the only specific features are man-made, the crumbling brick factories, the rusty clues of disused rail yards and other relics of the local economy’s better days. Tourism is popular and many people visit Remouchamps for its large caves.

It’s easy enough. The name comes from an old fort built on the hill. The climb up from the valley is a strategic place and there’s no trace of the fort, just a stone marking the battle in 1792. More recently there was the Battle of the Bulge, a big offensive during the Second World War and, in a small way, cycling helps to understand how hard the terrain must have been for warfare with the valleys, woodland and strategic river bridges.

The start town of Remouchamps sounds like remuer and champs meaning to stir the field. Perhaps it meant a muddy field in the past but today it means the race gets a stir.

Another stone marks 100 years of the race and was donated by the Royal Pesant Club of Liège, the cycling club that has run this race for years before ceding it to Tour de France owners ASO. The “Pesant” got its name thanks a spelling mistake where a Dutch official had trouble with French and instead of writing down “Present” he used “Pesant” and the name stuck.

Access
Liège is about 85km from Brussels and well served by trains and roads which also link up to cities in Germany like Cologne and Dusseldorf as well as Maastricht in the Netherlands and Luxembourg to the south.

Liège isn’t the place to stay, instead look for somewhere quiet in the countryside to experience the Ardennes and Remouchamps itself caters to many tourists. There’s plenty to ride in the area with the Bastogne-Liège route of the pro race forming a useful artery from which you can find many personal capillaries to explore.