Olympic Road Race: The Moment The Race Was Won 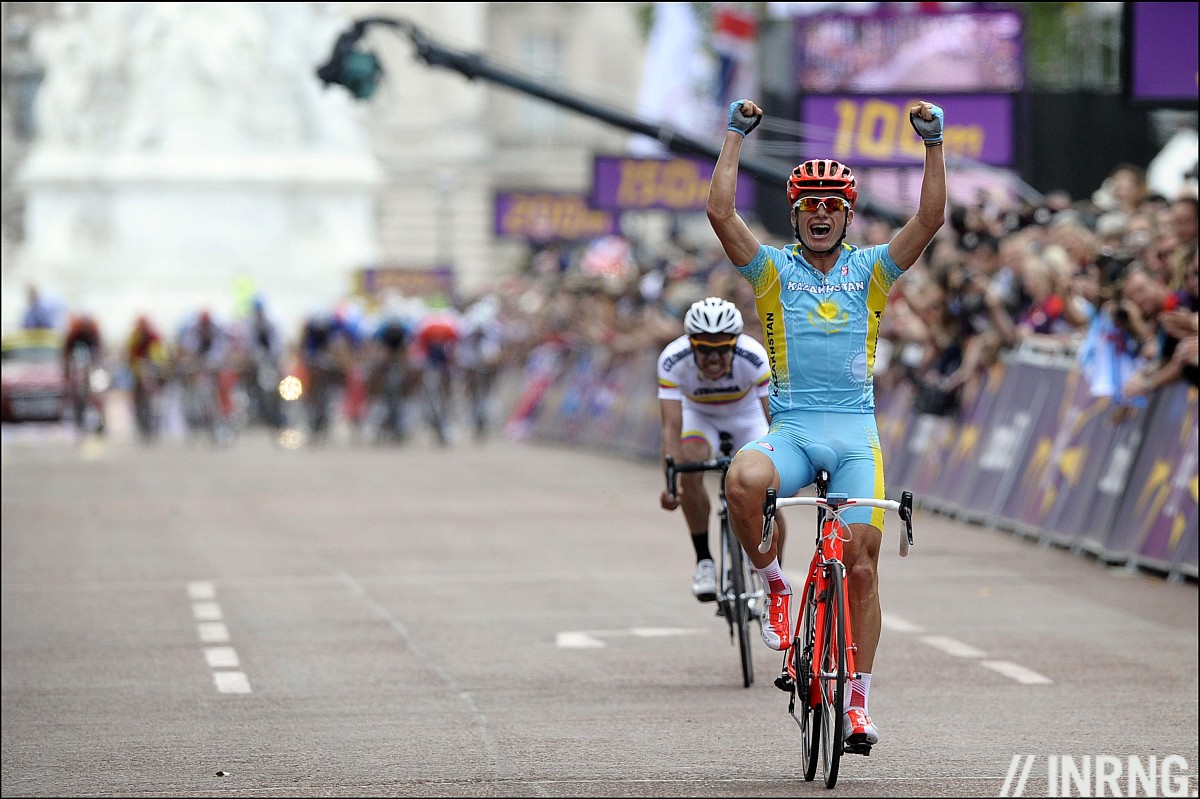 With 8km go go both Rigoberto Uran and Alexander Vinokourov attacked at the same time. They came round a ninety degree bend and both jumped out of the saddle, one going on the left and the other on the right of a wide road. It looked like happy coincidence, both riders went clear and found themselves able to cooperate. But this dual effort seemed to confuse the others and gave them the chance to get a small lead and co-operate. It was the moment the race was won.

The race rolled out of London at a steady tempo until riders began to go clear after 20km, in time swelling to 12 riders as the reached the countryside. It didn’t look like the move would stick but in fact some of the riders in the move would make to the finish and one, Alexander Kristoff, took the bronze medal. 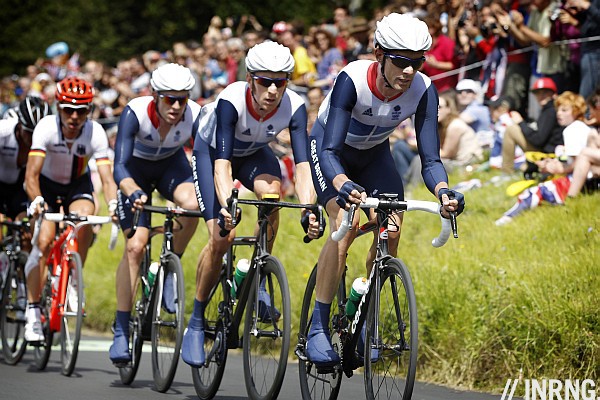 Behind the navy and white colours of Great Britain were the most visible, all they needed was a blue light on their helmets to complete the “policeman” look as they controlled the bunch with occasional help from Germany. The British pace was a high tempo but this allowed moves to go and an early attack by Vincenzo Nibali and Philippe Gilbert amongst others went clear but got pulled back. It looked the template for the whole day, riders could go clear but the relentless British tempo would get them back. At this point things were looking good for Mark Cavendish, he was going to pass the Box Hill test.

But if the race had not been so selective, it meant that the last time up Box Hill several riders got clear from a large bunch. Over the top of the hill and the pace eased and several more riders went again, this time Lars Petter Nordhaug of Norway surged, taking Fabian Cancellara with him. It was what the French call “a floating moment” where there were so many riders jumping around that the British tempo could not control the race.

Jumping out of the Box
As they left the Box Hill circuit for good a group of 32 riders had formed. Think about it, that was about one third of the field left in the race. Behind Great Britain were chasing but it quickly began to look unlikely they’d catch the breakaway which was being driven hard by the Spanish squad, their red and yellow kit resembling McDonalds workers, serving fast food for thought to the home crowd who could sense Cavendish’s chances were slipping. Aided by Team Sky’s Bernhard Eisel, the British riders were doing long turns but this only showed nobody else was coming through, it should have been fast “through and off” but nobody else was there. The Australians could argue they had O’Grady up the road and the Germans didn’t want to give a free ride to Cavendish, even if they stood a chance with Greipel. The result was a suburban stalemate with Brits riding just to cap the breakaway’s lead.

Ahead the group rolled through Richmond Park and it was Fabian Cancellara who rolled off, getting a corner wrong and crashing hard into a barrier, the TV images suggested he won’t be riding the time trial. He was the most feared rider in the group and it showed, as he went out the others looked around, unwilling to push the pace with a big name down. It all came as a surprise for he’d been tweeting pictures of him training around the same roads just 24 hours before. This had the effect of making the group more open, no longer were the Swiss riding for their leader.

The break saw a few moves but these were caught and then with 8km to go we saw the near-simultaneous attacks from Uran and Vinokourov. It looked serendipitous, a freak chance that two riders would jump at the same time. The others were caught out, hesitating whether to go to the left or the right. This gave the duo a small head start and it was enough to ride on as the chase behind could not organise.

Two minutes later the pair seemed to exchange words. Vinokourov has apparently arranged loans in the closing kilometres of a race but perhaps it was just words of encouragement this time? After all Uran is neither a sprinter nor a finish-line fox.

Either way the pair came onto the claret tarmac of the Mall with a good advantage. If the pair started their move with a simultaneous attack, this time Vinokourov jumped whilst Uran seemed stuck another time zone, leaving the Kazakh plenty of time to sit up and celebrate as he crossed the line. 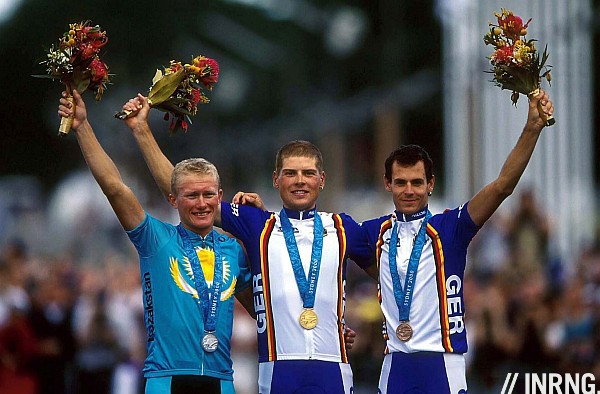 Vinkourov can’t escape the past but look back and he’s a metaphor for the whole sport. He took a silver medal in the Sydney Olympics, apparently under team orders from his Telekom trade team to let Jan Ullrich win and the podium picture above is as much a testimony to money as it is to gigantic doping schemes. Finally busted for blood doping in the Tour de France he’s returned but was going to retire until the Astana team realised they’d lose their licence without Vinokourov’s haul of ranking points. Sport has its heroes and villains and he’s been both during his career.

Next post: Olympic Road Race: The Moment The Race Was Won