A few observations and thoughts from the weekend. With just a few hours to go before the CAS-Contador verdict there’s just time to squeeze these in.

Sprinting style
We’ve seen several sprinters claim impressive wins already this season. Yesterday Tom Boonen won in Qatar with a long sprint, you can see this in the clip below (if you’re busy, fast-forward to 4.45). He hit the front and just kept going and going. And going, all the way to the line.

It’s like his win in Gent-Wevelgem last year. This is his style, he puts his considerable power into rolling a giant gear and if it takes an explosive force to start the jump, the effort is longer. Watch his cadence pick up over the last 20 seconds.

By contrast Liquigas-Cannondale’s Elia Viviani won the season-opener in Italy, the GP Costa degli Etruschi. Viviani is hoping for an Olympic medal on the track and his style couldn’t be different. He emerges right at the last moment with a late acceleration that nobody can match. Now of course he is able to do this after getting on the right wheels but his jump is still quite something, he is able to change speed so fast. Any sprinter thinking of enjoying a victory salute this year had better watch out because if Viviani is around he can put the turbo on for the last 50 metres.

Both examples make the point that sprinting style varies considerably. This can be by choice, with riders using different styles but it also depends on who is racing, whether there is a headwind and the width of road and the run in to the finish. But when we label someone a sprinter in reality there are subsets of this style.

French hopes
A good weekend for Pierre Rolland and Jérôme Coppel. Rolland was best young rider in the Tour de France and Coppel finished 14th overall in his first go despite not enjoying the hilly route as he’s more of a time trial rider. Fast forward to the present and Rolland won a stage of the Etoile de Bessèges on Saturday after a breakaway. On Sunday Coppel won the time trial stage by a decent margin and took the overall. Both will be pleased but this is a modest race, it’s good for their confidence but wait for Paris-Nice to see them tested. 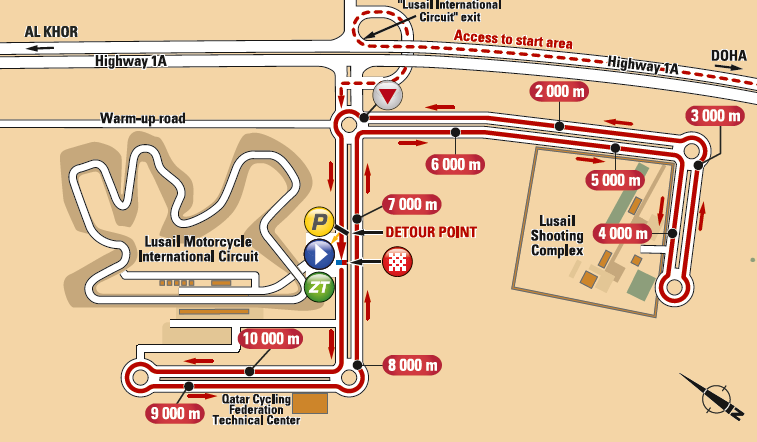 An 11.3km team time trial for today’s stage. As you can see from the map above it is all about long straight sections and predictable roundabouts, a test of pure speed for the teams involved. This stage should set the overall result of the race and there’s a lot of pride at stake. Team managers love to see the homogeneity of their squad, riders unified in shared effort and the podium photos of collective celebration are gold for any marketing materials pitched to potential sponsors.

2010 Tour de France
It’s also the final stage of the 2010 Tour de France today with a finish in the Swiss city of Lausanne outside the Court of Arbitration for Sport. This was never meant to happen but Alberto Contador’s positive test for Clenbuterol started a marathon saga of events.

If we get the verdict 566 days after the positive test this should settle some things. There arbitration ruling is likely to come with a long supporting document setting out the thinking by the CAS.

But this still does not settle everything. In particular, we still don’t know why the UCI took so long to announce the positive test, it only emerged when German TV was ready to leak the news. The handling of much of this case has been unsatisfactory and regardless of the result I hope the UCI doesn’t try the “let’s look to the future” approach, which can look like code for “we’re unaccountable for past actions“. Instead here’s hoping they can improve the results management and communication.

Whatever the verdict, there are many lessons to learn and today is not just about 2010, the Tour de France and Alberto Contador but it concerns anti-doping, the UCI, the national federations and ideas like the WADA code.