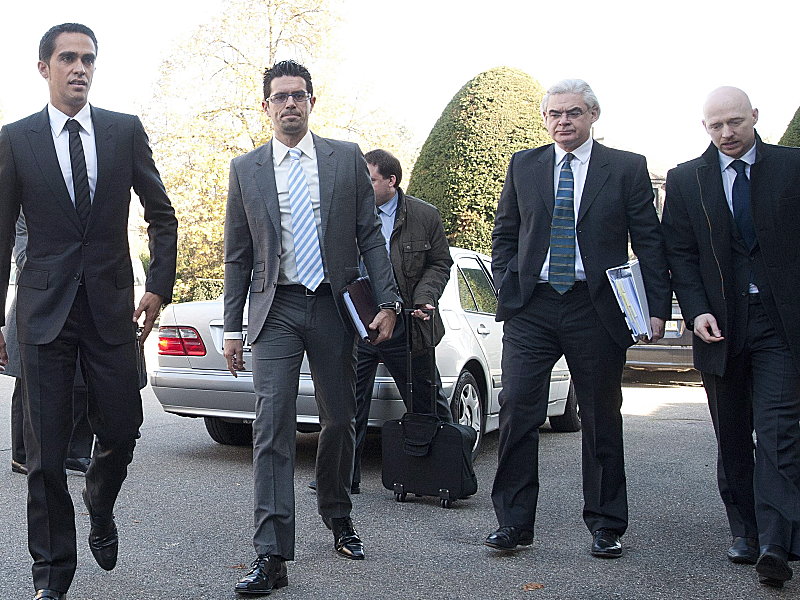 The Court of Arbitration for Sport (CAS) has been hearing the double appeal brought by the UCI, cycling’s governing body and WADA, the World Anti-Doping Agency, against the verdict reached by the Spanish cycling authorities just under a year ago.

To recap, Contador tested positive for clenbuterol during the 2010 Tour de France this started a saga of delay and appeal. He is currently cleared to ride but the CAS has been hearing an appeal and the verdict is expected shortly. However, things have taken a twist in the last two days and as I set out below, it is possible that many will find any verdict unsatisfactory.

First the CAS verdict had been expected soon, possibly by this time next week. But Spanish newspaper El Mundo yesterday wrote of the possibility of extra delay. As well the article raises the prospect of additional appeal. First to the Swiss courts, because the CAS is based in Switzerland and then the nuclear option of the European Court of Human Rights. The first is almost procedural and rapid but the latter could take… years.

Now today there are extraordinary reports via the AP news agency apparently from courtroom insiders that the CAS hearings have been fraught with tension. These reports say that at one point WADA’s lawyers discussed walking out of the hearing when the CAS blocked anti-doping expert Michael Ashenden from testifying as a witness for the prosecution.

Plus this week we’ve seen questions over those involved in the case, with Radioshack-Nissan boss Flavio Becca questioning Team Saxo Bank’s trips to Israel when Contador’s case is being heard by a panel of three including an Israeli. For me this is pushing it but Becca’s arguments gain traction because the case is so fine.

Normally an appeal to the Swiss courts is only for faults in due process, if normal procedures were not followed. It’s possible that refusing to hear prosecution testimony is grounds for an appeal. But I’m not a Swiss judge.

As a reminder, the principle of “strict liability” applies, a topic I’ve covered before and the rules require an athlete who tests positive to demonstrate to a “comfortable satisfaction” that they were accidentally contaminated in order to escape a ban. In other words Contador must not merely suggest the possibility of a rogue steak but instead prove this is the most likely scenario.

No proof of doping or food contamination
Because there is no evidence of Contador eating a contaminated steak, nor evidence of him doping with clenbuterol the CAS hearing has to make the leap from what actually happened to the most probable scenario. This the field of Baysian inference and for me, at least, a minefield. It’s all about statistics and probability but to avoid algebra, here is an example from the New York Times:

suppose that police pick up a suspect and match his or her DNA to evidence collected at a crime scene. Suppose that the likelihood of a match, purely by chance, is only 1 in 10,000. Is this also the chance that they are innocent? It’s easy to make this leap, but you shouldn’t.

Here’s why. Suppose the city in which the person lives has 500,000 adult inhabitants. Given the 1 in 10,000 likelihood of a random DNA match, you’d expect that about 50 people in the city would have DNA that also matches the sample. So the suspect is only 1 of 50 people who could have been at the crime scene. Based on the DNA evidence only, the person is almost certainly innocent, not certainly guilty.

It’s about the numbers. In the example above we go from thinking there’s a 99.99% chance the suspect is guilty with the DNA match… to a 2% probability. Now imagine you are in the CAS hearing, you have to weigh up arguments from both sides like this when it comes to food contamination and blood manipulation. All this is because there is no evidence of doping or food contamination, instead each side is advancing a hypothesis as to what happened. Then this probability is weighed alongside the strict liability principle.

Given this no wonder there are delays and both sides are very nervous about the outcome. Because there is no proof and only probability, perhaps the only certainty here is that some will find the CAS verdict – which ever way it falls – deeply unsatisfying.