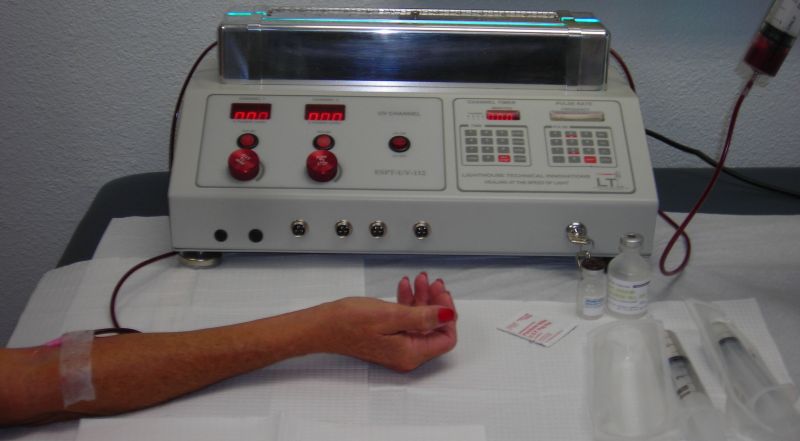 One of the quirks of following pro cycling is a passing knowledge of medical vocabulary. Words like quadriceps or lactic acid are obvious. But worryingly the discerning fan can build up a formidable lexicon of haematology, although knowing the vocabulary is quite distinct from knowing the subject. In recent years the likes of haematocrit, reticulocyte and plasma have appeared in cycling headlines. Now the latest concept is “blood irradiation” following allegations in Germany. Here’s a small explainer.

First, a little disclaimer: what follows is what I’ve managed to learn, like many topics on here I try to explore an issue and put some of the ideas here. So if you know better, please share via the comments or email.

As background there’s a Skandal in Germany over the apparent practices of Doktor Andreas Franke but he denies the charges. Cyclingnews.com tells the story and explains what is involved:

The treatments are said to have involved removing blood from the athletes, treating it with black light, and re-infusing it.

This technique is known as “blood irradiation” and as suggested, blood is removed and then exposed to “black light”, which is another word for ultra-violet light.

Normally exposure to UV kills off bacteria but this depends on the intensity of the light. Hospitals can use UV to sterilise. Swimming pools and aquariums can pump water past UV light to clean the water and it is used for drinking water too. The difference with these systems is they rely on pumping all the water past the UV light whereas the “therapy” in question here seems to involve taking a small amount of blood out and subjecting it to UV, leaving most of the blood untreated.

This practice seems questionable, here is Wikipedia on the subject:

Ultraviolet blood irradiation may also be applied, though it involves drawing blood out through a vein and irradiating it outside of the body. Though promoted as a treatment for cancer, a 1952 review in the Journal of the American Medical Association and another review by the American Cancer Society in 1970 concluded the treatment was ineffective. Stephen Barrett, writing for Quackwatch, lists ultraviolet blood irradiation therapy as a questionable treatment.

Of course Wikipedia is not authoritative. Several websites quote a paper from Virgil Hancock from the 1940s who claimed the following benefits:

For a doctor looking to enhance athletic performance, this sounds very useful. But other reports suggest the oxygenation boost is short-lived, patients get a red flush after therapy but this wears off within an hour. Indeed Hancock’s work seems to be quoted only on poorly designed websites, by a few quack “doctors” and some seeking to sell certain therapies. It might well work… but it doesn’t seem mainstream to put it politely.

But is it doping?
This is the big question facing Dr Franke and possibly the athletes on his patient list. The removal of blood for therapeutic reasons is allowed today, for example the practice of blood spinning is tolerated because it involves platelets and not “whole blood”.

In part the response is a question of time. The allegations made against Marcel Kittel concern 2008 and back then the WADA Code was looser.  “Artificially enhancing the uptake, transport or delivery of oxygen” was banned as was “blood doping” but if done for therapeutic reasons then the practices of Dr Franke probably, possibly were tolerable under the rules at the time, even if there’s little evidence to point to benefits.

Today the “sequential withdrawal, manipulation and reintroduction of any quantity of whole blood into the circulatory system” is forbidden by WADA meaning blood cannot be taken out and put back in, whether for therapy or doping.

Indeed this evening Project 1t4i have put out a supportive statement saying Kittel and team mate Patrick Gretsch underwent this treatment in the past but they do not believe it to be related to doping. Indeed Kittel and Gretsch are under investigation and remain clear to race.

Summary
This practice involves extracting a small amount of blood and shining ultra violet light on it. Any benefits are questionable and if done out of competition I’m struggling to find the doping advantages; but if done five minutes before competition then it’s suspicious.

But with the older versions of the WADA code any of the athletes involved should be able to avoid a sanction with the help of a good lawyer. The case will rumble on in Germany but, for now at least, the headlines – with tales of blood manipulation – are more shocking than the underlying story.